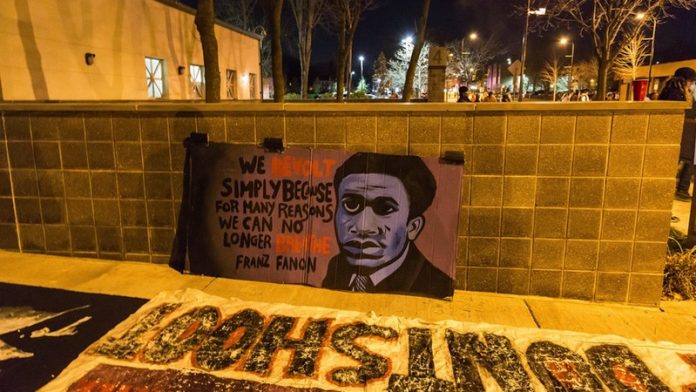 Many people spoke well that day. Delegates had come from across the African continent to independent Ghana for the All-African Peoples’ Conference in 1958. Most spoke of the continuing struggle against colonialism.

In the Congo, labelled the “empire of silence”, the Mouvement National Congolais faced repression by a colonial power that refused to entertain any notion of genuine independence.

In South Africa, the apartheid regime was con?dent that it could keep at bay the increasing demands for change north of its borders. President Charles de Gaulle had offered limited sovereignty to French colonies. Later that year Guinea, under Ahmed Sékou Touré, would insist on immediate independence: “We prefer freedom in poverty to riches in slavery.”

In colonies where there was a large white “settler” presence, the struggle against colonial rule was deeper and more protracted. In others, the colonial metropolis had begun to accept the inevitability of decolonisation. As the delegates gathered that day, only Ghana had become independent.

Kwame Nkrumah led a black government, speaking openly of breaking the chains of colonialism and imperialism, and of pan-African solidarity and socialism. After generations of slavery, colonialism and racism, here was a country that seemed to declare to the world what a victorious and united movement of liberation could achieve. Though Nkrumah had not defeated colonial armies militarily, like Toussaint Louverture had in Haiti, Ghana stood proud and de?ant in a world still dominated by racism.

Frantz Fanon could not help himself. This intense, direct, Caribbean-born doctor and revolutionary would soon have a reputation for capturing the world’s anger. When he mounted the podium to speak, most delegates did not know who he was, nor had they read any of his writings. His eyes, ?xed on his text, shone with urgency and intensity. “If Africa is to be free, we cannot beg. We must tear away by force.”

All forms of struggle must be adopted, he argued, not excluding violence. The delegates were trans?xed. The South African writer Es’kia Mphahlele wrote: “Dr Fanoh Omar [sic] of Algeria is certainly the highlight of the session. He does not mince words, what FLN [Algeria’s Front de la Liberation Nationale] man can afford the luxury anyway? Algerians have no other recourse but ?ght back, he says, and the FLN means to go through with it. In staccato French he carries the audience to the horrible scene of French atrocities on Algerians … He gets the loudest and longest ovation of all the speakers.”

For Fanon it was not enough to celebrate the achievements of decolonisation. It was necessary to educate, to strain at the limits of national freedom and provoke debate. The All-African Peoples’ Conference was the place to do this, and to learn about other movements on the continent.

Only two years later, in 1960, he would represent the Algerian provisional government (Gouvernement Provisoire de la République Algérienne) in independent Ghana, less than six years after he joined the Algerian struggle. Ghana was both a headquarters for independence movements and a laboratory for actually existing independent nationhood.

It was already a collection of vivid and painful contradictions. Many white people had stayed on to assist the new government. Even the army was temporarily being run by British of?cers. But Nkrumah was an outspoken advocate for pan-Africanism. For a generation of young militants he was a ?gure to emulate. Fanon learned much in Ghana.

In 1961, his life ebbing away from leukaemia, Fanon dictated his masterwork, “The Wretched of the Earth”, to his wife, friends and secretaries. Finding some strength after a new round of treatment, he travelled to the Tunisian/Algerian border (Ghardimaou in Tunisia) and spoke to the Armée de Libération Nationale as it prepared to ?ght the French and enter a free Algeria.

In this last public appearance, he read to the assembled troops, many of them illiterate, from his draft of what would become the most famous chapter in “Wretched of the Earth”, about the pitfalls of national consciousness.

He described how the national bourgeoisie, after independence, is only too happy to accept what crumbs the departing colonial powers throw to it. Without social reform, without political and economic transformation, he warned, national liberation would be an empty shell.

Fanon’s ?nal act was to encourage – and yet subvert – the revolutionary movement to which he had devoted the last and most important years of his life. He had stubbornly refused to accept treatment in the United States, which he condemned for its racism.

But, in October 1961, after this ?nal and exhausting resurrection, he ?ew there from Tunisia, his home in exile. His last Atlantic crossing was to no avail. On December 6 1961 he died at 36 years of age. Since his death Fanon has been endlessly resurrected, sometimes bastardised, often dei?ed.

In his adoptive Algeria, which won independence in 1962 after a gruelling eight-year war that killed hundreds of thousands of Algerians, he has received uneasy recognition. His work has been translated into Arabic, his old hospital in Blida named after him, a school and large street carry his name in Algiers.

But his warnings were grimly ful?lled. In the mid-1960s a new Black Power movement, principally in the United States, took up Fanon’s writings. It interpreted his analysis of racism and his insistence on the necessity of organising the wretched of the earth, and on the therapeutic effects of violence as defence against oppression, as tools to deploy against the “colonisation” of black communities there.

Bobby Seale, co-founder of the Black Panther Party, cited the in?uence of “everything that Fanon said about violence and the spontaneity of violence, how spontaneous violence educates those who are in a position with skills to lead the people to what needs to be done”.

Others who claimed to understand Fanon’s legacy were not so generous or hopeful. Critics and fellow travellers alike declared him a prophet of violent revolution, accusing him of championing the detoxifying and cleansing effects of violence without appreciating its destructive and degenerative whirlwind.

In the 1980s and 1990s, renewed interest in Fanon painted him as a scholar and theorist of identity, masculinity, postcolonialism and subaltern studies. Some of these labels may be justi?ed, but they are also misleading.

The academy’s adoption of radical thinkers is always a sanitising process, turning revolutionary action into passive re?ection, analysis into academic ponti?cation. To read Fanon in the 1980s was to cherry pick from a postmodern orchard, divorcing his work on racism, subjectivity and lived experience from its wider revolutionary context and its untidy dialectic.

For others, Fanon – the insistent revolutionary, arguing for education, analysis and practice – became a romantic myth-monger of the Algerian revolution, positing liberation when none was on offer. Yet his philosophical work and interests were always contingent on action and contributing to real practice.

It would be churlish to dismiss this re-engagement with Fanon: his work was extraordinarily complex and its insights extended beyond disciplinary boundaries to include psychiatry, philosophy and politics. For more than 50 years dozens of important biographies, collections and studies have emerged on his work and life. – theconversation.com

Leo Zeilig is a senior visiting fellow at the University of London and the author of Frantz Fanon: The Militant Philosopher of Third World Revolution