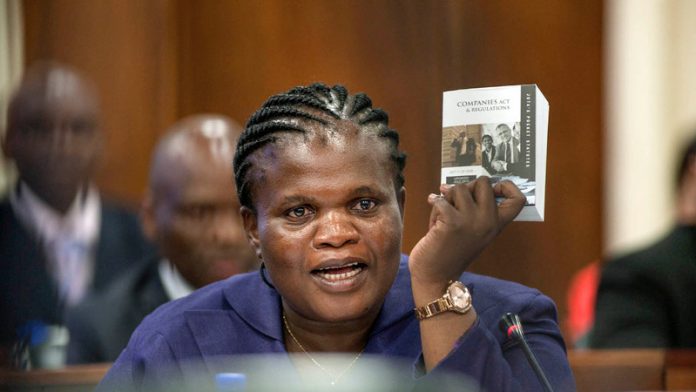 Communications Minister Faith Muthambi has welcomed the decision by the SABC to stop broadcasting violent protests.

The communications ministry said it respected the SABC’s editorial independence and welcomed any positive action “that seeks to condemn the vandalising of infrastructure and the destruction of schools, and public infrastructure”.

“…It is our belief that the decision by the public broadcaster not to show footage of people burning public institutions, such as schools and libraries, in any of its news bulletins, will go a long way to discourage attention-seeking anarchists,” Muthambi said in a statement on Monday.

The SABC announced last week that it had stopped television broadcasts of violent anti-government protests flaring up around the country, in a bid to discourage others from carrying out similar forms of violence.

‘Backdoor censorship’
The public broadcaster also urged other media houses to stand in solidarity with their decision.

Several political parties as well as NGOs have condemned the decision calling it backdoor censorship.

Busi Mtabane, spokesperson for the Right2Know Campaign, told Al Jazeera the move signalled a return to apartheid times, when the national broadcaster was a mouthpiece for the ruling party.

Zwelinzima Vavi, former general secretary of the Congress of South African Trade Unions (Cosatu), said the move was an attempt to “bring censorship [in] through the backdoor”.

The decision by the SABC follows months of violent protest across the country. – News24