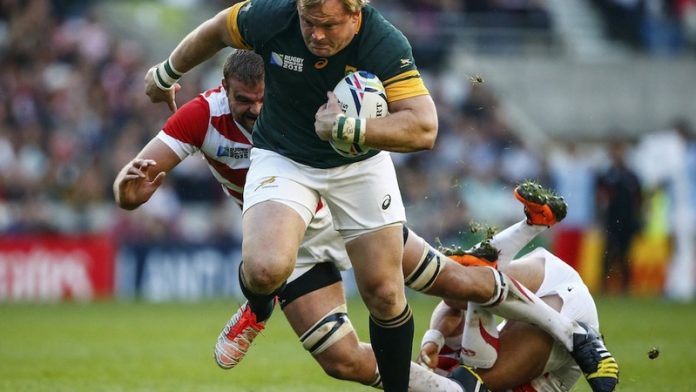 The honeymoon is over for Allister Coetzee. The new Springbok coach received the full backing of the South African Rugby Union (Saru) until the moment he selected his first squad.

Uniquely in the modern era, Coetzee’s squad was kept secret right up until Saturday evening’s announcement. Furthermore, it was agreed that the captain for the three-Test series against Ireland would only be announced next week, after the coach had had time to assess the team dynamic.

But Saru’s marketing department demanded a captain for the sponsors to have their branding ready for the first Test. So on Monday a hastily convened media conference announced that Adriaan Strauss would become Springbok captain number 57. Several very good reasons were advanced to back up the appointment, but there was an elephant in the room – an elephant called Vermeulen.

It was well known that Coetzee wanted his old Stormers captain, Duane Vermeulen, to lead the Springboks. To that end, Vermeulen was one of three overseas-based players named in the 31-man squad. But Vermeulen’s current employers, Toulon, decided to play hardball. They told him that he would not be paid for the month of June if he made himself available for the Springboks.

Accordingly, Saru joined the tug-of-war, telling Vermeulen either to put in writing his retirement from international rugby, or report to the Springbok training camp no later than June 5. That ultimatum was issued before Saturday’s squad announcement and had much to do with Coetzee’s wish to delay the captaincy announcement. Monday’s decision to appoint Strauss, then, speaks volumes.

We have reached the stage in rugby that football arrived at decades ago. There is now more money to be earned from the club game than there is from representing your country. Successive Bafana Bafana coaches have waited in vain at airports for players who said they were coming but who ultimately caved in to the demands of their employer.

The ever-weakening rand will continue to constrain Coetzee’s choices going forward. The trickle of South African players moving overseas has become a flood. And all those players now have clauses in their contracts constraining them from putting country above club. It is impossible to argue against those clauses; no one is going to pay top dollar for a player who isn’t available for half the year.

So it is time to move on; time to take stock of what is available, what is not, and to cut your cloth accordingly. And clearly that philosophy guided Coetzee in his selection policy. Gone for good, and for reasons other than ability, are the Du Plessis brothers, Ruan Pienaar, Schalk Burger, Morné Steyn, Schalk Brits, Willem Alberts and, in all probability, Bryan Habana.

Most were influential in a great period of Springbok rugby, between 2005 and 2010. Coetzee’s business now is to engineer the next great period, and to that end he has wielded an impressive new broom to sweep clean. Coetzee has swept away the negative mind-set that led to a compromised team and playing tactics representing this country at last year’s World Cup. If he achieves nothing else, he should be praised for that.

There are 12 players of colour in the 31, and there probably would have been more if Cheslin Kolbe, Juan de Jongh and Seabelo Senatla had been available. Now, of course, it is up to him to pick a few in the match 23. It is, perhaps, easier to eliminate eight than to pick 23. There will be no place for Garth April, whose inclusion ahead of France-based Johan Goosen was a pleasant surprise. Nic Groom was selected because modern coaches like to have three scrumhalves to run the drills in training. The Stormers man will probably find himself running out for the A team next week, which is as it should be.

Coaches also like three hookers in training for similar reasons, so it is a straight choice between Bongi Mbonambi and Scarra Ntubeni for an understudy to Strauss. Mbonambi is better in the tight phases, Ntubeni in the loose. Ireland are strong in the set pieces, so Mbonambi will probably get the nod.

Somewhat surprisingly, Sikhum-buzo Notshe was preferred to Nizaam Carr in the back row. Notshe will probably also end up in the A team, perhaps alongside Jan Serfontein, the Bulls inside centre who must have been a borderline choice.

Ruan Combrinck is the form wing in the country, with a prodigious kicking boot as a bonus, but he will probably be sacrificed for the experience of JP Pietersen. With 66 caps to his name, Pietersen finds himself the second-most experienced Test player in the squad, behind the 75 of Tendai Mtawarira. With only Strauss (54) and Pat Lambie (50) past the half-century mark besides, the coach needs some wise heads.

One of the five props in the squad will miss out and it will probably be the France-based Steven Kitshoff, a curious selection in the first place, given the abundance of excellent looseheads in the country.