The struggle and the arts’ flowering 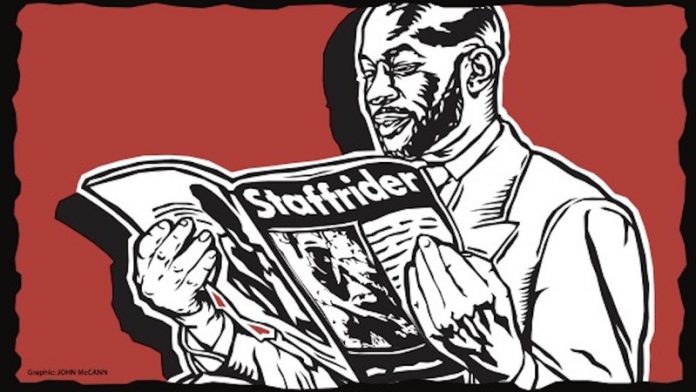 HISTORY
It is a truism that major social upheavals and changes are often preceded by a flourishing of the arts. This is also true about South Africa and the years before June 1976. Between 1957 and 1966, dozens of South African artists left the country on exit permits (meaning that they were barred from returning) as the apartheid regime increased its repression – and that included the banning of the liberation movements in 1960.

The arts movement had to find new inspiration and ways of existing. Signs of innovation, especially among the youth, started to be noticeable towards the end of the 1960s. A major impetus was the rise of the black consciousness movement and the formation of the South African Students’ Organisation. Saso had a cultural committee and it invited creative groups to perform at its events.

The outlawing of multiracial events and performances, coupled with the increased repression, had unintended consequences. It created a social context that was receptive to radical interventions. Also, unlike in the 1950s when black artists performed in the cities, the implementation of segregation fostered the possibilities for black artists to engage primarily with black audiences in the townships.

As mentioned in relation to the toyi-toyi, the bannings and exile of activists and events foregrounded the arts as one of the few terrains where political mobilisation and conscientisation could be pursued. It is no wonder that at the Saso/Black People’s Convention trial of 1975, the accused were charged with, among other things, conspiring to “make, produce, publish or distribute subversive and anti-white utterances, writings, poems, plays and/or dramas”.

The popularity of the arts can also be seen in the emergence of art magazines such as S’ketsh (South Africa’s magazine for popular theatre and entertainment, which appeared intermittently between 1972 and 1979) and Staffrider (1978 to 1998 intermittently).

The magazines aided the cultural revival because they provided platforms for its expression and critical appreciation. The format and layout of the magazines was also experimental and paralleled the creative practices and energies that they engaged with. A typical issue of Staffrider included poetry, plays, prose, art, photography, photojournalism, feature articles, interviews and reviews.

The close proximity and synergies between artists and audiences also shifted the tone and style of a lot of work across different genres. In effect, most shows became multigenre occasions that were held together by the centrality of performance. Furthermore, the young artists were equally diverse in their sources and influences. Some preferred a return to elements associated with indigenous performance traditions and repertoires while others were drawn to the literature, music and theatre produced by African-Americans. Many drew from both traditions.

A typical show foregrounded a potent mix of visual, sonic and sensory qualities. It would include a theatrical piece (itself fused with song and movement/dance), music and dance, and readings of poetry and prose.

The combination of different genres was also reflected in the composition of the groups. Whatever the artists’ preferred creative genre, groups such as Mhloti Black Theatre, Music, Drama, Arts and Literature Institute (Mdali), People’s Experimental Theatre, Theatre Council of Natal, the Soweto Arts Association and the Federated Union of Black Artists were in essence incubators for young creatives who dabbled in more than one art form.

Ingoapele Madingoane is a good example of the above but he is also an artist and youth of 1976 who deserves greater recognition. Madingoane was a member of Mhloti and Mdali, and the poet who wrote the anthemic Africa My Beginning. The poem in its form and rendition drew on traditional praise or heroic poetry and it was banned soon after its publication in 1979.

Madingoane and the poem started to gain notoriety from about 1973. Dressed in African robes slung over his shoulder and with uncombed hair, he was a mesmerising performer, often accompanied by flute and African percussion. Whether on stage or moving among the audience, he measured and held the epic poem together and the attention of the audience through the repetition of its core refrain, “africa my beginning/ and africa my ending”.

In line with the pan-Africanist visions of the time, the poem mentions liberation leaders of the frontline states – Robert Mugabe (Zimbabwe), Agostinho Neto (Angola) and Andimba Toivo ya Toivo (Namibia) – as part of its emphasis that the people and struggles of the continent are one.

Young and old South Africans would do well to recall and honour such perspectives and, whatever our local challenges are, not vent our frustrations (and, even worse, deadly violence) on fellow Africans.

These are edited excerpts from Students Must Rise: Youth Struggle in South Africa Before and Beyond Soweto ’76, edited by Noor Nieftagodien and Anne Heffernan, and published by Wits University Press.

The plan was simple, the march disciplined

The events of the cold morning of June 16 1976 are written in blood, ash and tears.

I met other student leaders to review plans before the march was scheduled to begin at 6.30am.

The direction the march was to follow was clear. Those coming from the west would meet other students at central, designated points. The Naledi group would proceed northwards via Zola, Emdeni, Jabulani, Zondi, Mofolo North, Mofolo Central, Dube and Orlando West townships, and finally all schoolchildren would meet at the Orlando stadium where the student representatives would lead discussions about Afrikaans, and draw up a petition for the department of education. After this act of solidarity, the students would disperse.

It sounded so simple, too simple.

To ensure the march was disciplined, and that all the students were accounted for at all times, we had agreed to march in rows, each row consisting of five students, holding hands. Each student was responsible for the person whose hand he or she held. From afar, the students looked like corn rows.

There was something beautiful and dignified about the gathering of the students that morning at the Naledi High School. The girls were in black-and-white check tunics and the boys wore grey pants, white shirts and black blazers. As we left the school gates we chanted the sorrowful Senzeni Na? Isono sethu bubumnyama lamabhunu ayizinja (What have we done? Our crime is our blackness. These white rulers are dogs).

As we led the big march our spirits lifted and the songs began to be more spontaneous and full of vitality: Sizobadubula ngembhay’mbhayi, a song by Miriam Makeba, was among the most popular freedom songs on that morning, but we also made up songs as we marched. – Sibongile Mkhabela

Bhekizizwe Peterson is a screenwriter and professor of African literature at the University of the Witwatersrand. Sibongile Mkhabela was one of the leaders of the 1976 uprising and is now the chief executive of the Nelson Mandela Children’s Fund.

Celebrated author and political activist Achmat Dangor died on Sunday at the age of  71. Here, in a 1990 interview published in Staffrider, he speaks to Andries Walter Oliphant about his work and aspects of South African literature and culture
Read more
Coronavirus

The pandemic has an especially dire effect on sectors dominated by women, such as birth companions. Doulas are already feeling the pinch
Read more
Coronavirus

The taxi industry is the backbone of South Africa’s public transport system. But its drivers, at the mercy of their bosses and government, are struggling to survive the new Covid-19 rules
Read more
Friday

Review: Macingwanes’s salutations to the cosmos