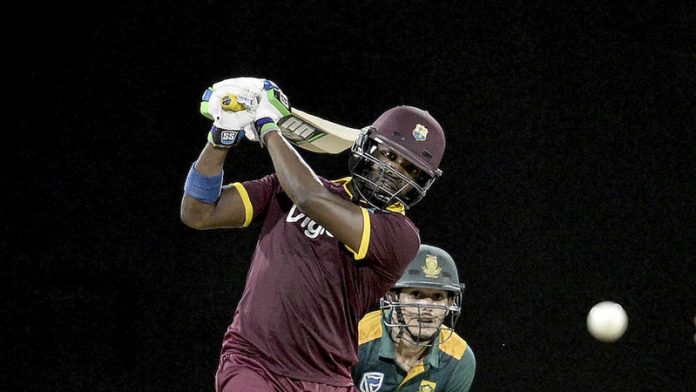 On Friday afternoon, shortly before the start of the first ODI in Guyana, came a Cricket South Africa (CSA) press release so full of doublespeak that it became an instant classic of the genre. Welcome to gobbledygook central.

The release was, first, an attempt to explain why the independent review panel into last season’s underperforming national teams had not been able, after months of trying, to agree on the fundamentals of their mandate.

Second, the release also let us know that the review had temporarily been put on hold because, according to Haroon Lorgat, the CSA chief executive: “We need to be completely aligned on what we expect to achieve from such a review and in what time frame.”

It is reasonable to ask why, months after the names of the review panel members – Dawn Mokhobo, Adam Bacher, Francois Pienaar and Ross Tucker – had been publicly released to the usual CSA fanfare, there’s been so little progress.

You might assume that all the preliminary issues would be ironed out at the beginning of the process, not now, but clearly the CSA is fond of putting the cart before the horse – if only to see what the scenery looks like when they travel backwards.

Doesn’t one usually think about terms of reference, honorariums, time frame and alignment before the ball gets rolling? Or do you sort of make it up as you go along, subject to the whims of those who shout loudest, or what one faction of the board thinks best?

Halting the process now begs the question of why it was started in the first place. Or has Lorgat and his cohorts had second thoughts, realising that the panel actually took matters more seriously than it really should have, which will compel the CSA to act and make some potentially difficult decisions?

Perhaps we’re just in the land of smoke and mirrors, the republic of window-dressing where the CSA gives the impression of doing something – the domestic match-fixing investigation springs to mind – but are doing nothing at all.

This begs the further question of whether there’s the requisite political will to find out anything important or uncomfortable about the fact that the words “World Cup” in the cricket context seem to be an anagram for “Don’t perform”. The longer we get from the T20 World Cup in India earlier this year, the more remote it will seem; the more remote it seems, the more difficult it will be to draw any general conclusions from what went on.

The national team might, by that stage, be going through one of its periodic up phases, which will make the findings of the review look like empty carping. Our next two Test opponents are New Zealand (in August) and Sri Lanka (in December) and there’s reason to believe the Proteas have the beating of both teams.

What happens if the review’s findings come out after a series win against the Kiwis in, say, early September? South African fans are so fickle, memories generally so short, that the findings of the panel – no matter how useful – will be summarily dismissed.

Neither should we be blind to the timing of the CSA’s Friday release. I would hazard the guess that those artful dodgers were hoping that a win against the West Indies in Guyana would overshadow the importance of their embarrassing announcement.

This didn’t happen; the Proteas, looking as undercooked as a chicken breast on dying coals, lost by four wickets. Yes, there were some extenuating circumstances (such as the slowness of the Guyana wicket) but it can’t have escaped notice that here was history repeating itself. The West Indies knocked us out of the World T20, going on to win it, and here they were, two months later, doing so again by the self-same margin of four wickets. Ennui, anyone?

The CSA is clearly in the game of treating cricket fans in this country like mamparas. It can issue a press release a day after the Friday masterpiece mourning the passing of one of the sporting icons of the last century in Muhammad Ali but it can’t arrange an important review process of the disastrous performances of the own national team.

It makes you wonder what they think of their fans. And what Standard Bank, their recently-announced new sponsors, were thinking when they pledged all that sponsorship money a week or two ago.