When murderous pigs – and piglets – had their day in court 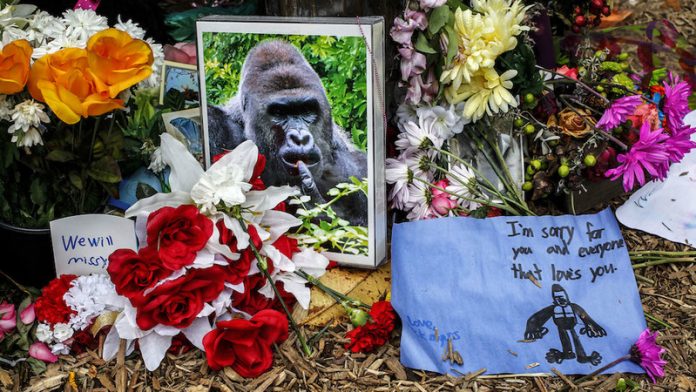 Are you familiar with the Baader-Meinhof phenomenon? If you’re a more serious person than I am – which is to say, someone who doesn’t get the majority of their information from Wikipedia – you may know it as the “frequency illusion”. It’s the thing that happens when you read or hear about a certain topic – and then suddenly evidence of it is everywhere.

This is a bit like what happened after that Air Malaysia flight went missing in March 2014. I don’t know about you, but all of a sudden I felt like planes were dropping out of the sky all over the show.

Of course, this wasn’t the case. In 1972, the number of deaths of people in plane crashes globally reached 3 329. Okes were barely buckling their seat belts before they were dying.

These days, it’s a bad year if international fatality numbers surpass 300. Also, there’s now an iPhone app called Am I Going Down? that helps you calculate the odds of meeting a fiery end on the plane you’re about to board.

I am currently experiencing the Baader-Meinhof phenomenon with regard to the issue of humans being attacked by animals at zoos. The first incident I can remember becoming aware of recently occurred in mid-April, when the “lead tiger keeper” at Palm Beach Zoo in Florida in the United States was mauled to death by a Malayan tiger.

Then we had the sad and bizarre episode in Chile in May, when a man ranting religious proverbs stripped naked and jumped into a lion enclosure. Media reports referred to him as “suicidal”, but I’m not convinced that’s technically accurate – given that he was also reported to be carrying a note stating his conviction that God would save him. He was saved in the end, though whether by God or zookeepers is open to theological interpretation. The two lions endangering his life were shot dead.

Hot on the heels of this drama came the exhaustively discussed scene that played out at Cincinnati Zoo in the US recently, where Harambe the gorilla was killed to protect a three-year-old boy who fell into his enclosure.

Cue the entire world of social media becoming overnight experts in primatology, with everyone holding an immovable and baseless opinion on what a few minutes of grainy cellphone footage revealed about Harambe’s intentions towards the kid.

The main controversy springing from the latter two incidents in particular seemed to revolve around the worth we attach to animal lives versus human.

Though few people dared to say this aloud, the thinly veiled view in some quarters seemed to be: there are fewer lions and gorillas in the world than there are humans. On what basis, then, do we reach the conclusion that human lives are unarguably worth saving at the expense of those of more endangered mammals?

I am neither a philosopher nor a zoologist, so I don’t have an answer to that. But I was intrigued to discover recently that, back in the day, animals that did bad stuff were not always summarily executed. In Europe, until as recently as the 18th century, animals accused of wrongdoing were expected to stand trial for their misdeeds. In a court. With lawyers.

In one of the best-known cases, in France in 1457, a sow and six piglets were accused of killing a five-year-old boy. There were eight human witnesses to the death of the boy and the sow was duly found guilty and hanged.

What was less clear-cut, however, was whether the piglets could be held morally responsible for the killing. To quote historian James McWilliams, the judge eventually deemed them innocent because “the pigs were immature, and thus poorly positioned to make clear choices. Furthermore, they were raised by a rogue mother, he indicated, and thus unable to internalise the proper codes of conduct for village-dwelling piglets”.

It was not just for crimes as serious as murder that animals could face legal proceedings. Rats could be tried for ruining crops. Slugs would similarly be subjected to the might of the law for damaging plants.

Animals were also, a little unfairly, expected to comply with human-directed protocol when it came to being tried. They could face harsher penalties for not turning up to court, for instance, or – in the case of pigs – for grunting while in the dock.

This might all seem insane from our modern perspective, but its remnants persist today in certain pockets. Switzerland held a referendum in 2010 for voters to decide whether animals could be appointed lawyers – though to defend them rather than to prosecute them.

The Swiss public decided against it, but there already existed dedicated animal lawyers in that country. Among them is a man called Antoine Goetschel, who once argued on behalf of a pike caught by a fisherman.

Though it might appear sadistic to prosecute animals for animal behaviour – beasts will be beasts and all that – an alternative view is that the medieval animal trials reflect a much more equitable relationship with the natural world, now lost.

In the 14th century, Harambe the gorilla might well have been sentenced to death anyway. But at least nobody would have been able to tweet about it.