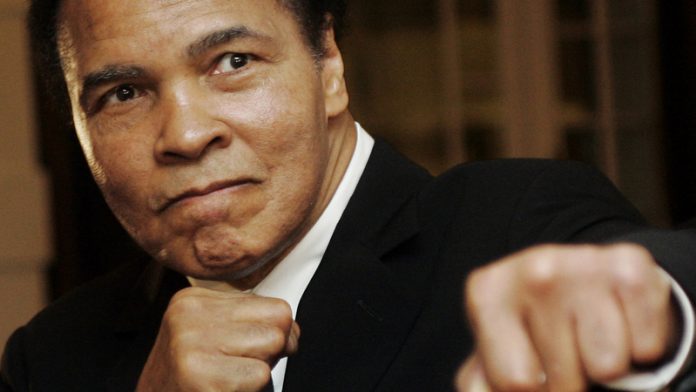 Thousands of people of all races and creeds gathered on Thursday for a Muslim funeral service in Muhammad Ali’s hometown in Kentucky in the United States to pay their respects to a man who fought in the ring and sought peace outside it.

The jenazah, or funeral in Arabic, was set to begin at 4pm GMT (5pm local time) at a convention space in Freedom Hall – the complex where the former heavyweight world champion defeated Willi Besmanoff on November 29, 1961 in his last fight in Louisville. An estimated 14 000 were expected to attend the service.

Ali, known for his boxing prowess, showmanship and political activism in the turbulent 1960s and 1970s, died on Friday of septic shock in an Arizona hospital. He was 74.

Imam Zaid Shakir, a founder of Muslim liberal arts school Zaytuna College in Berkeley, California, will lead the half-hour service, in which worshippers will say prayers over Ali’s body, lying in a casket.

Ali and his family planned his funeral for 10 years, making sure it would honour his Muslim faith.

A final goodbye for Ali will take place on Friday, when thousands will gather for an interfaith service at the KFC Yum Center. Various luminaries are due to attend, including former US President Bill Clinton, Turkish President Tayyip Erdogan and comedian Billy Crystal.

Among those at Thursday’s funeral was a Bangladeshi man, also named Mohammad Ali, who said he flew to the United States to attend the service despite failing health. He showed pictures of his famous namesake visiting his home in Bangladesh nearly 40 years ago.

“If I could not attend the funeral of Muhammad Ali, it would be a sad part of my life,” the Bangladeshi man said. “Today or tomorrow, I have to die. So I took the risk and came down all the way because he visited my home.”

Another attendee, Perez Abdurrahman, 59, remembered when a young Ali visited Louisville public housing projects to hand out information about Islam and influenced his decision to convert in 1985.

“We pray for our brother that Allah blesses him and give him paradise,” Abdurrahman said. “(Ali) was a very noble character. He set a good example for all of us.”

Ali rose to the top of the boxing world when black fighters were expected to be quiet and deferential. His braggadocio, even before he changed his name from Cassius Clay, startled white America. He further shocked Americans after he joined the Nation of Islam and adopted an Islamic name in 1964.

In the 1970s, Ali converted to Sunni Islam, the largest denomination among Muslims worldwide. Late in life he embraced Sufism, a mystical school of the faith.

He was admired worldwide, and gave US Muslims a hero they could share with the American, largely Christian, mainstream.

Before a traditional Islamic funeral prayer service, the body of the deceased is washed and wrapped in a shroud, according to the Council on American-Islamic Relations.

Worshippers stand in rows facing Mecca and the casket, with a prayer leader in front of the congregation. Those who are praying say “God is great” and fold their hands on their chests. After the reading of texts and silent prayer, the service concludes with the saying, “Peace be with you.” – Reuters

The unholy cost of a sacred death