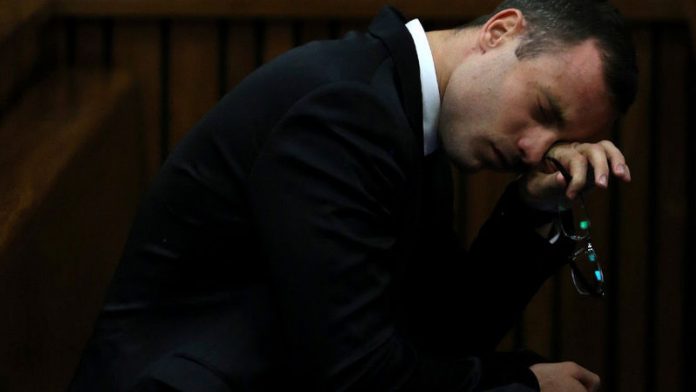 Paralympic gold medalist Oscar Pistorius appeared in a South African court on Monday to be sentenced for the 2013 murder of his girlfriend Reeva Steenkamp.

The 29-year-old, known as “Blade Runner” for the carbon-fibre prosthetic blades he used to race, faces a minimum 15-year jail sentence and cannot appeal after the country’s top court ruled in March that he had exhausted all his legal options.

The case has prompted a fierce debate in a country beset by high levels of violent crime. Some rights groups have said the white athlete got preferential treatment.

Pistorius, whose lower legs were amputated when he was a baby, initially received a five-year sentence for culpable homicide, South Africa’s equivalent of manslaughter. The conviction was later upgraded to murder after an appeal heard by the Supreme Court.

Original trial Judge Thokozile Masipa started hearing pre-sentencing arguments at the high court in Pretoria, with Pistorius expected to discover his fate by the end of the week.

The key dates in his journey from internationally renowned athlete to a man on trial for murder appear below: