Editorial: Marius Fransman – Truth must out 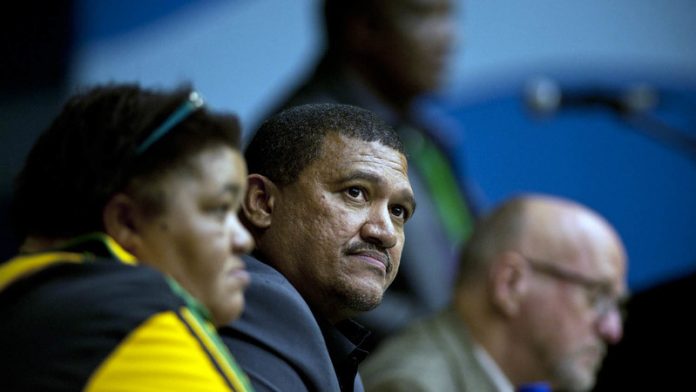 This week the Daily Maverick published the story of Louisa Wynand, the woman who accused ANC Western Cape leader and Deputy Minister of Foreign Affairs Marius Fransman of sexual assault during a road trip to attend the ANC’s 104th birthday celebrations in Rustenburg in January.

Wynand has come forward with her story because the North West police, where she first laid charges against Fransman, declined to pursue the matter.

They claimed lack of evidence – evidence they failed to collect from Wynand for five months.

That evidence, the Daily Maverick revealed, includes WhatsApp messages from the married politician to the young woman he had met at a wine farm and to whom he immediately made a job offer.

Yes, that is her story – and it has yet to be tested in court. But the WhatsApp messages are hard evidence of Fransman’s attitude towards Wynand: he takes a very flirtatious, suggestive tone in the lead-up to Wynand’s going to work for him and ahead of the trip to Rustenburg.

He asks her not to tell her boyfriend that she is now working for him, is vague about what her “hospitality” duties will be (though he does suggest singing), and advises her to wear “informal gear and sensual” for the trip to Rustenburg (because of the heat).

Whatever else happened on the trip, and whatever Wynand alleges, the WhatsApp messages alone are a record of highly inappropriate behaviour on the part of an employer towards an employee, let alone a powerful politician towards a junior recruit.

They expose the ridiculousness of Fransman’s claims, early this year, that Wynand was a “honey trap” set up by political opponents to discredit him. It’s clear from the messages that it is not Wynand who’s trying to seduce Fransman.

They make it easy to believe that, as Fransman, Wynand and two of Fransman’s associates went off in his Jaguar to Rustenburg, stopping overnight in Kimberley, Fransman would continue and indeed ramp up his flirtations – and that they would reach the point of groping and grabbing, as Wynand alleges they did.

She escaped and got to a police station, where she sought safety and attempted to lay charges.

By her account, she found it very hard to get the police to take her seriously, and eventually had to flee from the police station to lay charges at another station. And then there was a five-month delay, culminating in the North West police declining to prosecute.

There also seems to have been a muddle about transferring the case to the Western Cape, where it is now being taken up and the WhatsApp evidence taken into account.

That should have happened in January, and the case should be before the courts already.

Fransman, who piously urged police to “leave no stone unturned in their investigation of this matter” and who said he was eager to “clear my name and protect my integrity”, should be happy to have his day in court. Let him give his side of the story and let a judge decide.

John Steenhuisen and Mbali Ntuli both acknowledged the problems faced by the party over the past year, with each of them offering their own leadership vision.
Read more
Coronavirus

Parts of the provincial ANC will target their former premier, Magashule, and the Free State PEC in a rolling mass action campaign
Read more
Advertising