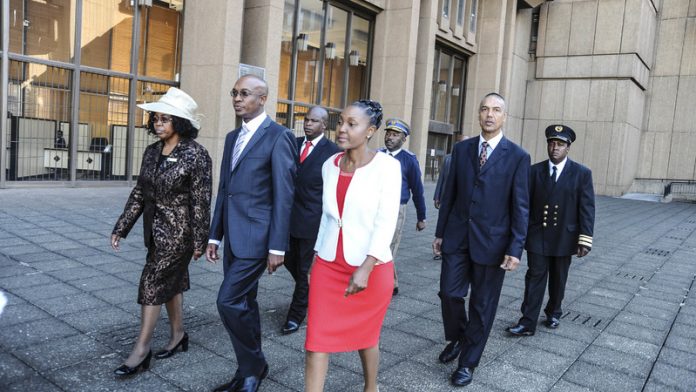 The ANC in Tshwane and the party’s Gauteng structure have yet to agree on who should be its mayoral candidate in that city, which the opposition Democratic Alliance has promised to contest fiercely.

The ongoing battle between city and province has been framed as one about gender. But some of those involved say it is about grass roots control versus decisions made from the top down, whereas others believe is a battle for control over resources ahead of the party choosing a new president in 2017.

Though the motives remain murky, the issue has firmly divided city and province ahead of the August local government elections.

“People are very upset,” said a member of the ANC’s provincial executive committee (PEC) after a meeting on Wednesday that sought to resolve differences on who the party’s mayoral candidate for the nation’s administrative capital should be. “The Tshwane leaders say they can’t allow the PEC to colonise them.”

He said ANC leaders in Gauteng had instructed the party in Tshwane to come up with a new set of names from which a mayoral candidate could be selected, but had provided no solid reason for the demand.

“They claim the three names that were submitted by Tshwane were not good enough, but that’s not true. They want their own woman candidate to take over,” said the PEC member, who is sympathetic to the pro-Jacob Zuma faction in the province.

The ANC has a policy of gender parity at every level of leadership, though it seldom achieves that. Tshwane leaders have countered that it is Johannesburg that should have a woman mayor to succeed incumbent Parks Tau – saying privately that the gender issue was masking what was a simple factional fight.

“We are going to give them the same three names that we submitted to the PEC before,” said an angry Tshwane regional executive committee member, who spoke to the Mail & Guardian on condition of anonymity.

The call for a woman mayor in Johannesburg also appears to be rooted in the divide between the pro-Zuma and anti-Zuma camps in the province.

Some Zuma supporters in Gauteng have lobbied for Connie Bapela, the wife of Co-operative Governance and Traditional Affairs Deputy Minister Obed Bapela, to take over the running of the nation’s economic capital. Obed Babela is among the Gauteng ANC leaders who backed Zuma to be re-elected as party president during its 2012 Mangaung conference.

The Gauteng PEC, which has been vocal in its criticism of Zuma’s leadership is pushing for Tau to continue as mayor.

The battle between the pro- and anti-Zuma camps is also playing out in the selection of a mayoral candidate for Ekurhuleni, east of Johannesburg.

The M&G was reliably told that the anti-Zuma faction in the Gauteng PEC bowed to pressure this week to support the deputy trade and industry minister, Mzwandile Masina, as a candidate to replace Mondli Gungubele as that metro’s mayor. A vocal Zuma supporter, Masina publicly contradicted Gauteng ANC chairperson Paul Mashatile when the latter called on Zuma to step down after the Constitutional Court’s ruling on the Nkandla matter.

It is understood that Gauteng leaders tried to lobby some members of the ANC’s national executive committee (NEC) to reject Masina as mayor.

The metros of Johannesburg, Ekurhuleni and Tshwane are considered key areas of leverage in Gauteng, a province that has openly rebelled against Zuma in the past, as the party goes into internal presidential elections next year.

The contest to control the budgets that come with large-city government has also been cited in rumours that ANC KwaZulu-Natal co-operative governance and traditional affairs MEC Nomusa Dube will replace James Nxumalo as the ANC’s eThekwini mayoral candidate, whereas Polokwane mayor Thembi Nkadimeng is expected to retain her position after the local government elections.

In contrast to the battles elsewhere, the ANC’s PEC in the Eastern Cape submitted only the name of Danny Jordaan to the NEC for the position of mayor of Nelson Mandela Bay.

An ANC provincial leader from the Eastern Cape, who asked not to be named, said the party’s 50/50 gender parity policy did not apply to mayoral positions.

“Metros are supposed to be an autonomy. The 50/50 gender parity only applies to structures. Women must start to fight now. There is an emergence of feminists in the ANC. That’s totally different to gender parity,” said the Eastern Cape leader.

The ANC Women’s League has called for gender equality in mayoral positions, with secretary general Meokgo Matuba saying on Thursday that the league would push for female mayors in metropolitan municipalities and smaller cities.

“We don’t believe that women should work harder to ascend into any leadership role. Women are capable leaders and the expectation for them to work harder than their male counterparts in order to prove their capabilities is not fair on women,” Matuba said.

She said patriarchy was still rife in the party and in society, adding: “We are determined to fight it.”

Gauteng ANC spokesperson Motalatale Modiba said he was unable to comment on the selection of mayoral candidates before this weekend’s special NEC meeting on the matter.

“We will wait for the NEC to finalise the list. They [the NEC] will make a pronouncement [on Sunday]. We can’t comment before that,” said Modiba.