Honour my father and my mother 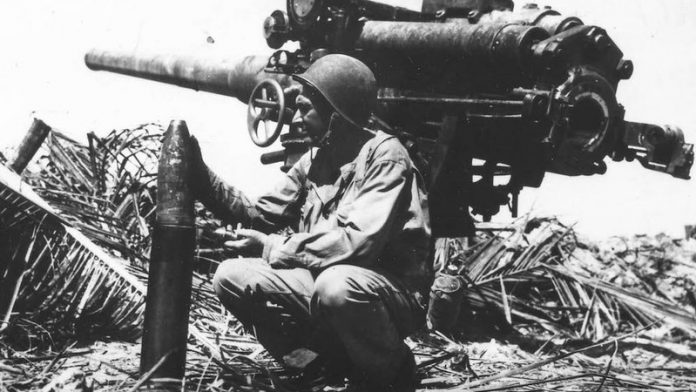 FAMILY
On December 1 1945, my father went into the basement of our Washington, DC, home and shot himself in the heart. He had been home a mere six weeks from three full years overseas in the Pacific theatre during World War II.

Can one honour a father who took himself away from his family — my sister of 13 years, my mother at 40 and me at 14 — forever? He deprived us of his love, companionship, leadership and emotional support for the remaining decades of his natural life. Bitterness on our parts could well be the lasting result.

Yes, bitterness was in our thoughts, but the situation was much more complicated. His wife and beloved partner of 18 years had fallen victim to her need for love and security and had conceived a child by another man during her husband’s long absence overseas.

That was not all. Our father had left close friends six feet under in the Pacific. He did not want to return to his job as a chemistry department head at the University of Maine.

A post-war career in the army was closed to him. He was living with a piece of headache-producing shrapnel in his eyebrow, and he was suffering an attack of malaria symptoms the morning he died.

Moreover, he had been commander of 4 500 troops (the Green Mountain Boys of Vermont) who were to be in the first waves ashore on the Japanese homeland — a bloodbath he did not expect to survive — but with his unit demobilised, he was suddenly without any military responsibility. He was being treated for depression at the Fort Meade hospital in Maryland.

His suicide becomes almost understandable when one considers all this. So, yes, we are proud of his military service and continue to honour him each Father’s Day.

Perhaps, with this understanding, my sister and I should have instead directed our bitterness toward his wife, our mother. Well, despite the examples of Hamlet and Elektra who vowed to avenge their fathers’ deaths under similar circumstances, we chose instead to remain true to her. She had been left to fend for herself and her children during her husband’s long absence and had to face her own personal challenges.

And our father had agreed that she should invest in herself during his absence so she could better support the family should he not return from the war. Accordingly, she took her preteens to New York City, the artistic hub of the United States, to improve her musical and writing skills. It was there that she became pregnant. She chose to carry the pregnancy to term and did so amid great secrecy and subterfuge.

All through our father’s absence — even during the pregnancy and the subsequent nursing months — Mother wrote him positive, morale-building letters and sent him things he needed or wanted.

She did the same for my sister and me when we were away in boarding schools for one of those years, and also ensured that her newborn was well cared for. She was the captain of the home-front ship, which she led to the best of her ability during her war. In the end, she did not quit the scene as did our father, but continued to serve her family to the end of her days. We honour her too.

Our father left us a great gift: a treasure trove of highly literate letters he had written home to his family and parents.

He was an educated 40-year-old national guardsman when his unit entered federal service in 1941 and knew he was partaking in history. His letters detail the war in the Pacific theatre as viewed by an army artilleryman with poetic descriptions, vivid insight, tender and explicit love, fatherly advice and on occasion humour. He was writing for history and held letters with censorable details until it was legal to mail them, typically a month after the described action.

By happenstance, I came upon a few of these letters in 1980. Realising then their literary quality and value to the historical record, I sought out the back story with visits to archives, interviews with his colleagues and siblings and even a Japanese army opponent, and visits to the battlefields of the Pacific.

I believe I could have done no more to honour our father and our mother than to bring his letters and their story before historians and the public, which I did on the 70th anniversary of V-J Day.

That is my father’s legacy.

Hale Bradt is the author of ‘Wilber’s War: An American Family’s Journey through World War II’.