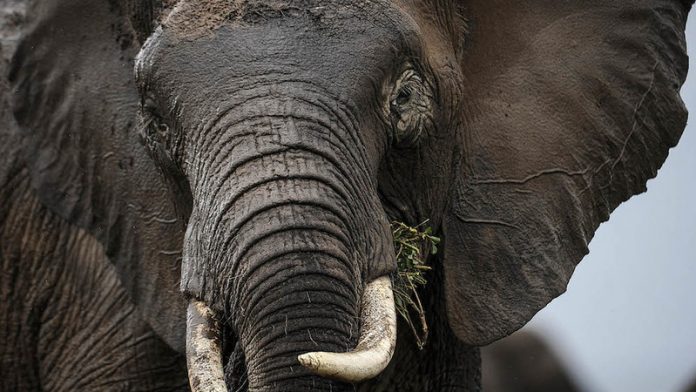 The 2008 sale of ivory stockpiles by four African countries led to at least a 66% increase in illegally traded ivory. Smuggling of ivory out of the continent also increased by 71% after the sale.

This is according to research released this week by the University of California, Berkeley. Titled Does Legalisation Reduce Black Market Activity? Evidence from a Global Ivory Experiment and Elephant Poaching Data, the research compared data on elephant poaching before and after that sale.

It was the first big, legal sale of ivory since its trade was banned by the Convention on International Trade in Endangered Species of Wild Fauna and Flora (Cites) in 1989. Unanimously approved by member states, the sale allowed Botswana, South Africa, Namibia and Zimbabwe to sell 102 tonnes of stockpiled ivory to Japan and China for what was then $15-million. This came from elephants that had died in the wild.

Cites said at the time that the sale would flood the market with ivory, lowering the price of elephant tusks. This in turn would take away the incentive for the black market smugglers to kill elephants and ship their ivory to markets in Asia.

The Berkeley team said this thinking was widely accepted at the time and has only been proved wrong in hindsight. This led to their starting their research with that thinking: “It is widely hypothesised that relaxing trade bans on illegal goods allows legal supplies to competitively displace illegal supplies.”

They took information from the Cites database on elephant poaching, Monitoring the Illegal Killing of Elephants, for the five years before the sale, and compared them with figures on poaching after the 2008 sale. The research found an “abrupt, significant, permanent, robust and geographically widespread increase” in poaching.

That rapid increase led to at least 20 000 elephants being killed on the continent for their ivory in 2015, according to Cites. This also drove demand for rhino horn, with more than 1 200 rhino poached in Africa last year.

The Berkeley team said the root cause of this seemed to be the legal sale of ivory in 2008, which removed the stigma that had been attached to the trade. This meant that, although the price of ivory did drop after the sale, demand increased substantially. Poachers used the black market to fill that demand. The sale also gave smugglers a legal mask for their activities.

This finding led the team to conclude: “These data suggest the widely documented recent increase in elephant poaching likely originated with the legal sale.”

That finding comes three months before Cites meets in South Africa in September. Zimbabwe and Namibia will be asking the convention’s member states to approve another one-off sale of their stockpiled ivory.

Two-thirds of the 182 member states have to approve a sale before it can happen. More than a third of states have indicated that they are opposed to such a sale.

South Africa had considered asking member states to allow for a similar sale of the rhino horn the country has stockpiled. Local trade has been banned, although a group of private rhino owners recently got the procedure leading up to that ban overturned.

Until earlier this year, the environment department was taking submissions from people on how rhino should be managed.

This comes after two years during which more than 1 000 rhino have been poached.

The current approach is to use surveillance and armed rangers to stop poaching, while trying to get consumers off rhino horn. The proposed alternative was to have rhino farms, where horn was harvested and sold legally. That door was closed in May when the Cabinet said South Africa would not be pursuing any legal sale.