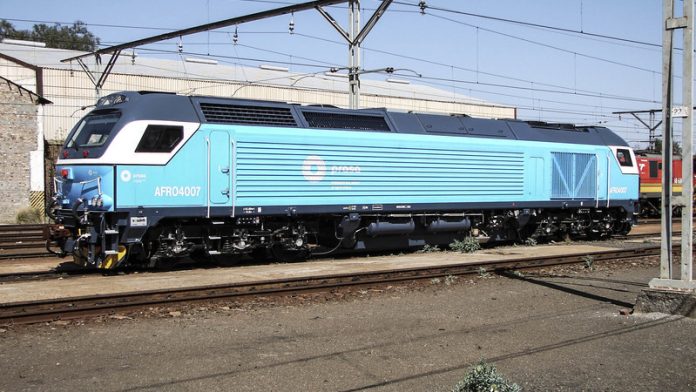 The company at the centre of one of the biggest tender scandals in the country is pleading poverty in the face of a R2.6-billion lawsuit.

The embattled state rail agency, Prasa, this week filed a civil claim against Swifambo Rail Leasing and its holding company to recoup the money it has paid so far for 70 new locomotives to replace the country’s ageing fleet. It wants the company to pay back the money and to take back the unsuitable Afro 4 000 trains it provided to Prasa.

The lawsuit is the second salvo fired against Swifambo; Prasa has also brought a high court application to review and cancel the initial R3.5-billion contract. The matter is pending.

Papers filed at the high court in Johannesburg on Monday detail how Prasa has paid the company 10 tranches, amounts ranging from R64-million to R460-million, over a two-year period.

Although Swifambo is yet to file papers in response to the civil claim, the company has laid bare its tough financial position in a separate response to the review application. An affidavit filed on June 6 by Swifambo’s group chief executive officer, Felice Massaro, describes the company as “an innocent tenderer” that is “technically insolvent due to the current non-payment of invoices by Prasa”. He claims that, if the contract is set aside, Swifambo “will be rendered commercially insolvent and be liquidated”.

He says Prasa owes the company another R2.8-billion, and that it has already paid its Spanish partner, manufacturer Vossloh España, an amount of R1.8-billion, which will be lost if their contract is set aside.

Swifambo has supplied 13 of the 70 locomotives but Prasa does not want to keep them. Tests run on the initial batch delivered found them to be too high and unsuitable for use in South Africa.

At the heart of Prasa’s civil claim is its insistence that the contract with Swifambo, signed in March 2013, should never have been activated because the company failed to meet a key condition. According to the summons, the purchase agreement was subject to Swifambo producing a R350-million performance bond within 28 days of signing the contract. The company failed to do so, rendering the initial agreement null and void, Prasa argues. Instead, it produced nine different performance bonds, totalling R307-million, three months later.

Prasa wants the court to review and cancel the contract because of findings of “alleged fraud, corruption and gross irregularities” by the auditor general and the public protector regarding the transaction.

Prasa used the findings as part of its argument in its bid to invalidate the initial R3.5-billion contract, arguing that the deal was rigged from the start to favour Swifambo.

The decision to award the tender to it was “taken in bad faith” and for the “ulterior purpose or motive of favouring Swifambo”, Prasa’s board chairperson, Popo Molefe, says in papers submitted for the review application.

Mtimkulu was exposed for having faked his engineering qualifications. He and Montana have previously denied any wrongdoing. A criminal investigation has been launched.

Massaro denies any wrongdoing on the part of Swifambo, claiming the company had “no knowledge” of Prasa’s bid procedures. Furthermore, he insists that Prasa is relying on impermissible hearsay to “paint a picture of a fraudulent or dishonest relationship” between Montana and Mtimkulu and to “implicate Swifambo in dishonest conduct by association”.

He says the company will not take back the 13 locomotives because they have done a total of about 73 000km since being delivered, and have not been maintained, resulting in a “considerably reduced” value.

One of the locomotives was damaged in a derailment and Prasa failed to conduct or to allow Swifambo to carry out the necessary scheduled maintenance, Massaro claims.

In a statement, Prasa said that since coming into the office, the board, chaired by Popo Molefe, has made it a priority to get to the bottom of the state of affairs that led to the adverse findings by the Public protector as well as the Auditor General.

“At the same time the board has exerted its energy towards ensuring that Prasa remains focused on its mandate of running a passenger rail service and in this regard both the modernisation programme and the stabilisation of the existing service continue to receive the attention of the board in support of executive management,” it said.

“To this end the board  commissioned investigations to deal with these matters. As a result numerous criminal complaints have been laid by Prasa with the DPCI have been registered as national priority offenses which the respective law enforcement agencies and prosecutorial authorities will be investigating and prosecuting with due diligence so that all wrongdoers will be brought to book for abusing public funds.  I’m sure you will appreciate that it would be inappropriate to identify the subjects of these criminal investigations so as to avoid prejudicing the law enforcement authorities ongoing investigations.”

Swifambo has until mid-July to file its response to the lawsuit.

How the deal was swung

Prasa’s board chairperson, Popo Molefe, in an affidavit detailed how the parties involved apparently swung the deal:
• Swifambo responded to the advertised tender as Mafori Finance Vryheid trading as Swifambo Rail Leasing. Swifambo Holdings acquired Mafori on February 7 2012. The bid was submitted on February 27 2012. Mafori’s name change to Swifambo Rail Leasing was registered on May 5 2012;

• Prasa officials changed the procurement strategy “from a lease to an outright purchase” without giving competing bidders an opportunity to bid for the deal;

• Swifambo seems to be “fronting” for Vossloh España, which does not have a broad-based black economic empowerment certification. Swifambo had a level 4 broad-based BEE rating, but had no previous involvement in the rail industry before landing this deal;

• Swifambo “appears to have been preferred throughout the tender process”. In an “extremely disturbing feature”, there are indications that the specifications were “tailored to suit the products that were supplied by Swifambo”;

•The locomotives exceeded the maximum height specified because the committee responsible for the technical evaluation did not inspect them. – Pauli van Wyk