SA, as an emerging market currency, has reason to fear a Brexit 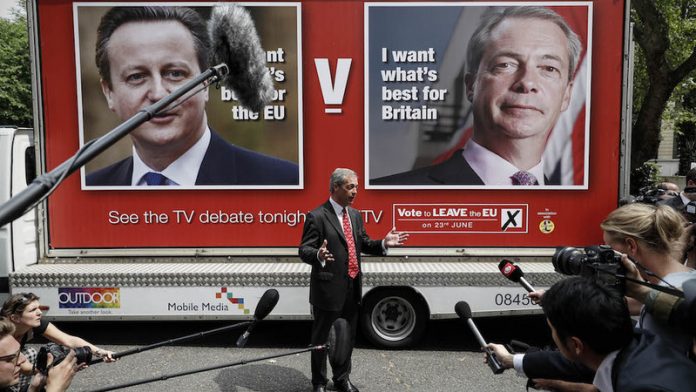 South Africa’s rand is among the emerging-market currencies most vulnerable to upheaval if Britain votes to leave the European Union, whereas ruble investors may find some benefit from the isolation provided by sanctions on Russia.

That’s a possible conclusion to draw from a ranking of countries in central Europe and Africa based on the depth of their financial ties with British banks, compiled by UniCredit analysts.  British lenders’ claims on entities in South Africa amount to 178% of the country’s foreign currency reserves. For Russia, with already weak links to Britain, curbed further by United States and European restrictions since 2014, the exposure is 3%.

This will matter if the British public votes to leave the 28-member bloc in a referendum on June 23, potentially unleashing a bout of financial volatility that economists predict may send the pound tumbling to a 30-year low.

UK banks may then shore up defences by calling in debts and holding back on new lending. In South Africa, reliance on funding from Britain’s banks exceeds its foreign currency reserves, limiting the central bank’s ability to defend the rand.

“If there’s a shock and whatever is being lent from the UK to these countries were to be returned, that could lead to capital outflow and currency weakness,” said Kiran Kowshik, a London-based emerging-markets strategist at UniCredit.

Kowshik said he considers a vote to remain in the EU to be the most likely outcome, though the analysis of financial exposure partly influenced a so-called long recommendation for the ruble versus the rand.

Emerging-market investors, who have previously been more complacent on the referendum than their developing-world peers, are beginning to assess the risks of a so-called Brexit as the voting date nears and the latest opinion polls signal the campaign to leave is pulling ahead.

Amundi Asset Management said it has reduced exposure to debt in central Europe, partly over threats to funding for the region from the potential exit of the third-biggest net contributor to the EU budget in 2014.

Another way a British exit could affect emerging-market economies is through disruptions to trade. The UK is Turkey’s second-largest and Poland’s third-most important export market, shipping more than $10-billion from each in 2015.

Britain was the fourth-biggest destination for South Africa’s exports last year, amounting to $5.8-billion, according to data compiled by Bloomberg.

The effect on trade may not be so large even if a leave vote leads to a recession in Britain, according to analysts at Capital Economics in London. The impact would be spread across several countries with limited effect on each one, they said. A UK exit may cause some disruption to global capital flows as investors pull funds from riskier assets, at least in the short term, the analysts said.

South Africa and Turkey have current account shortfalls of more than 4% of national output, leaving them more susceptible to changes in investor sentiment because they depend on foreign funding to cover the deficit.

“Brexit will lead to a knee-jerk sell-off in risk,” said Kevin Daly, a money manager at Aberdeen Asset Management in London, which oversees $11-billion of emerging-market debt.

“It’s hard for us as emerging-market managers to be positioned for Brexit because you can’t really hide.” — Bloomberg

Although polls show the United Kingdom’s Brexit vote poised on a knife’s edge, bookies are fairly confident the nation will stay in the European Union.

Most of the big betting firms and exchanges place a 60% or better chance on British Prime Minister David Cameron averting a so-called Brexit. That’s even after five polls published this week showed the “leave” side ahead, with the latest survey giving it a seven percentage-point lead over “remain”.

“Pollsters ask people what they feel on a particular day; we are predicting what they will actually do on June 23,” said Jamie McKittrick, the head of sports trading at Ladbrokes.

“Historically, we have seen a late swing to the status quo, especially among the undecideds.” Analysts at firms such as Danske Bank and Investec now include gambling odds in client notes, with betting markets viewed as offering clues to the direction of political events.