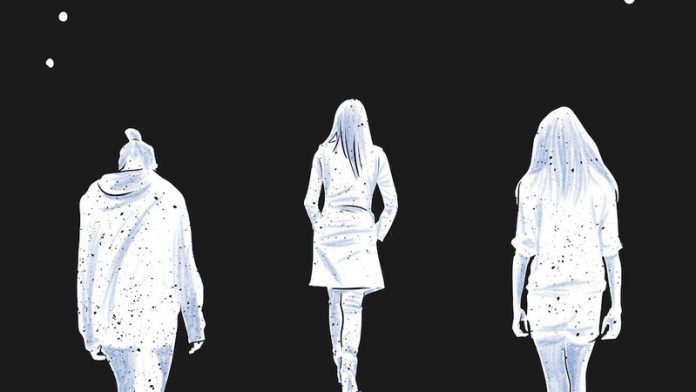 After her acclaimed first film Fatherland, which followed the struggles of three young Afrikaner boys at a Kommandokorps boot camp, Crossman’s new film documents an entirely different subject — the relationship between teenagers, the internet and death in a story about three girls who document their various forms and stages of death on the internet.

This is an interesting direction to take after your last film. What made you decide to make a film about death and the internet?
It started out as a film about Kaileigh Fryer and her bucket list that went viral after she died in a car accident. I had delusions of making a happy film. After we met her family and shot her film, this idea of how the internet/social media have removed the privacy from grieving started to interest me. Like what happens after we die — what is private, what is public and who decides? It’s been a strange process. I have had to ask myself, as the filmmaker, who gives me the right to this information if these girls aren’t here to consent? So in a weird way the film itself is uncomfortable to watch, because you wonder if you have the right to access these spaces.

How long did it take you to make the film and how did the process differ from your last film?
Fatherland was shot in nine days and edited over three months, on and off. This film was shot over a year and with all the archive material and graphics it has taken us about six months to put it all together. This was also an intensely personal film to make and hard stories to craft.

Is documenting death on the internet a thing or were you drawn by these individual stories?
It was Kaileigh’s character initially and then all these questions about if/how social media have changed the way we grieve. But it was more than that: I wanted to find out who these girls were beyond the headlines or Facebook posts, and we did. Then when we were finishing the film I started asking myself, who controls the access to our online privacy when we are dead? What is private anymore? These girls couldn’t personally consent to this film being made, but because their lives are online, these stories were available to us.

What do you want viewers to walk away with after watching the film?
I don’t really know. From Kaileigh, I think you see how complicated the relationship is between these digital shrines and saying goodbye. When you see this bucket-list story compared with the reality of grief, it makes you ask what is real about the things we like and share online. But does that make Kaileigh’s bucket list any less inspiring?  And then Amber’s story really shows how scary social media can be and how complicated bullying is. Jen’s is more about the positive power of social media: she changed the face of organ donation in South Africa. Her #getmeto21 campaign increased organ donation by 287%. When she started only 0.03% of South Africans were organ donors. But this campaign and the blogs and the song and everything was also her safety net against just being sick and facing her own mortality alone. I think the film is trying to show that there is so much more to these stories that go viral — there are complicated humans on the other end of the headlines.

What was it like to work with the grieving families of Jenna, Kaileigh and Amber?
They are all amazing people going through the worst thing any family could go through. And even though they were all in such a hard place, they just welcomed us completely.  We cried and ate and watched TV with them, but we also made them relive all this hard stuff. So we shot over a period of time and would try also to give the families as much space as possible.

What’s next for you after the film premieres at the Durban International Film Festival?
We are at the Indie Karoo Film festival on July 3 and then at a festival in Jo’burg later in the year. We are also going to be announcing some international festivals soon and I would like to do screenings in Cape Town and Johannesburg at independent cinemas. We will have all the dates on our website or Facebook.

Watch the trailer at https://www.youtube.com/watch?v=TefzCooL6ss&featur…

The first screening of ‘Timelines’ will be at the Durban International Film Festival, Nu Metro complex, Pavilion shopping centre on June 18 at noon. For more information go to durbanfilmfest.co.za.

The Films and Publications Amendment Act aims to protect citizens, but new technology requires that the regulations and guidelines are updated
Read more
World

Tobacco companies are fighting to lift the ban on cigarette sales, but research shows people are still smoking — and this is feeding the black market
Read more
Advertising
Continue to the category
Politics