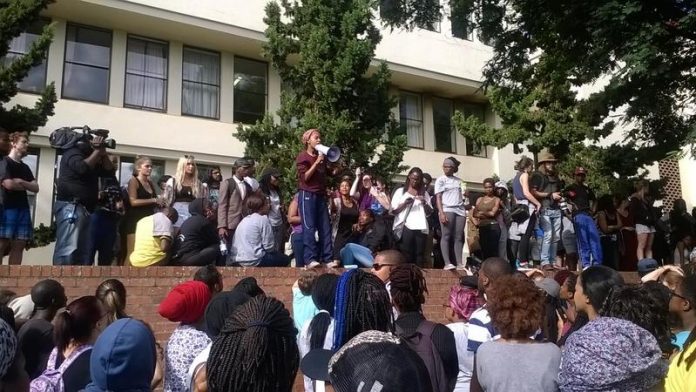 South Africa is the “rape capital” of the world. A rape is committed every 26 seconds in the country. (No, actually make that 36 seconds.)

A women is more likely to be raped than learn how to read. One in three (or two out of five?) South African women will be raped.

All these claims (and many others) have made their way into my inbox, Facebook feed and Twitter timeline. They are spread far and wide by journalists, public relations companies, non-governmental organisations and politicians.

These “facts” have been printed and reprinted, shared and reshared. So they have to be true, right? No, not one of them is based on research. They are all unsubstantiated and unfounded.

A terrible void of knowledge
South Africa has notorious levels of rape but we know so very little about it.

It is this terrible void of knowledge that wrong rape “facts” creep into.

There are very few studies that measure the extent and scope of this terrible scourge. So the numbers shared – which appear to quantify the problem – are used to plug the holes.

Police hinder accurate reporting
The only thing we can say for certain is how many rapes the South African Police Service record each year. In 2014/15 that number was 43 195. An average of 118 rapes reported per day.

Getting this information from the police should be easy. In fact, South Africa’s suspended police commissioner, Riah Phiyega, promised last year that “if people are interested … [in] issues of rape we are able to draw those [statistics] and share those and I am sure we can also assist if there is any special need for particular data … We are always willing to share whatever information somebody may be looking for.”

But I had to wait nearly two and a half weeks to get official rape statistics from the police – for which I had to travel to their offices in Pretoria to fetch a CD in person.

No one should have to prise the data we can be certain about out of police hands. It should be easily accessible to anyone – whether you can travel to the police headquarters or not.

Guide published to improve reporting
Official police data can be tricky to get and research into the extent and scale of South Africa’s rape crisis is scarce, often outdated and seldom nationally representative.

Today we published a guide that brings together the limited available data on rape in South Africa. It will be updated if and when new data is published. The light on the horizon is South Africa’s 2016 Demographic and Health Survey which should provide much needed nationally representative data on sexual violence.

We hope the guide will help improve the accuracy of reporting on rape in South Africa and help inform public debate.

This article was originally published on AfricaCheck

Femicide takes its toll on children

Is South Africa home to more than a million asylum-seekers? The numbers don’t add up