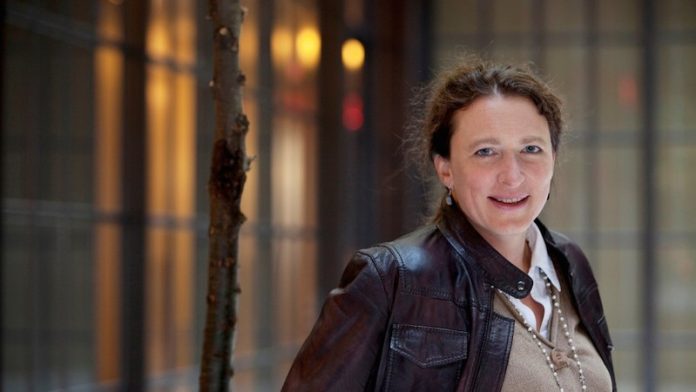 It is more than 30 years since Lara Foot first immersed herself in the cultural sights and sounds of the National Arts Festival held annually in Grahamstown. An experience she nearly missed out on.

“It was on a school-organised trip to the Arts Fest,” explains the former Pretoria Girls High School student. “But I almost didn’t go because my parents could not afford to send me. The headmistress at the time asked if I was going and, embarrassed, I mumbled something about not having the money for the trip,” Foot says. But her luck soon changed when the school offered her a bursary to be able to attend that year’s schools’ festival. “We went from one brilliant piece of theatre to the next and I soaked it all up. It was incredible,” Foot recounts.

The year was 1985 and she was hooked. Ten years later, Foot received the prestigious Standard Bank Young Artist Award. And now, the acclaimed playwright, director and producer has been named the 2016 Featured Artist at this year’s Festival.

In the three decades since she first experienced the convergence of the best in South African art in a small town in the Eastern Cape, Foot has appeared on both the stages and in the wings of Grahamstown’s theatres. As a student at Wits, she appeared in workshop pieces performed at the festival and then returned as a director.

“I am much happier behind the scenes,” she says. “I’m a quiet person and I enjoy the process of working with actors, sharing and sculpting something new. The making. I love the experience of exploring a work with the actors and finding surprises along the way.” And with more than 50 professional productions under her belt, her director role is second nature.

As the CEO and artistic director of the Baxter Theatre Centre in Cape Town for the past six years – the first woman to hold the position – Foot is constantly surrounded by the best in South African theatre. The Featured Artist nod is another feather in her already decorated cap and a milestone she is proud of.

“I come from years spent at the Grahamstown Festival – I’ve lost count of how many times I’ve been – and am incredibly grateful to have been named this year’s Featured Artist. Especially since it is 20 years since I won the Young Artist Award. I guess it’s a reminder that I’m getting old!” she adds, laughing. “But it is also a reminder of my responsibility to The Baxter and our commitment to developing work of a high standard”.

The theatre centre would ordinarily send one production to Grahamstown a year, but 2016 will see three Baxter productions under the spotlight. In her role as the Featured Artist, Foot will stage the world premiere of her latest play, The Inconvenience of Wings, and restage two of her most famous and multi-award-winning works, Karoo Moose and Tshepang. “Both Karoo Moose and Tshepang were milestones in my career and were very important for social and political commentary at the time that they were made,” Foot says of their selection.

Known for hard-hitting plays that tackle social issues in South Africa, Foot has earned great respect and recognition for her work both locally and internationally. “There is an activist in me and I think what drives me to write stories like these is the need to engage with topics that are difficult to grasp in order to try to understand them a bit,” says Foot.

The cleverly written Karoo Moose delves into African storytelling and magical realism with the story of a village in the Karoo where people are struggling to survive. Foot uses the story of a girl killing a moose, with no answers about what it was doing in the desert nor how it got there, to engage the breakdown of the family unit and the loss of innocence endured by many South African children.

Darker and grittier, Tshepang is the story of the 9-month-old Upington baby raped by her teenage mother’s ex-boyfriend in 2001. The play, since translated into Zulu, Afrikaans and Croatian, has won several awards and has been performed in prisons and rural settlements throughout South Africa. While the content of the play is motivated by factual evidence, the story is fictional, and brings together themes of devastation, love and forgiveness.

But the most anticipated of Foot’s work to be presented at this year’s festival is her latest play, The Inconvenience of Wings. “This is different from both Karoo Moose and Tshepang in that it is not a social or political statement. It is dark and more personal. I feel like I have moved into a different space with it,” she says. And its premiere is a point of some anxiety for Foot. “It’s brand new. We’ve never shown it to an audience and I am keen to see how it will be received.”

Writing it, she says, was also different to her previous work. “It was a very personal journey. Dark, difficult and research-intensive,” Foot explains, describing the story of friendship, dysfunction and addiction centered around a protagonist diagnosed with bipolar disorder and her husband’s struggle to find a cure for her. Inspired by Addictive Thinking by Abraham J Twerski, the play explores themes of compulsion, addiction and denial; the writing amplified by Foot’s experience with her father’s dementia.

“In a year when the National Arts Festival sharpens the spotlight on women writers, directors, choreographers and artists, Lara Foot’s contribution to South African theatre both in South Africa and abroad positions her as a leader in the field,” says National Arts Festival artistic director, Ismail Mahomed. This year, 80% of the festival’s main programme is made up of work written, directed, curated or headlined by women and Foot is leading its charge.

“She is one of South Africa’s most prolific theatremakers. Her commitment and passion for strategically devised development initiatives has also created opportunities for many emerging artists to be catapulted into the mainstream. Presenting her as the 2016 Featured Artist honours both her achievements and her contribution to the sector over the past 20 years,” Mahomed explains.

And Foot is looking forward to yet another pilgrimage to South Africa’s arts mecca. “It’s a very strong programme this year and I hope that between the openings of the three plays and the interviews that come with them, I will be able to see some of the works,” she says. “This year, my daughter will be there with me and I am really looking forward to enjoying time with her and watching fantastic theatre”.

The 43rd National Arts Festival will be held in Grahamstown, in the Eastern Cape, from 30 June to 10 July 2016. For more information on this year’s festival programme as well as details to help you plan your festival experience, visit nationalartsfestival.co.za

A new play highlights the reality of living with albinism, poverty, and prejudice in South Africa