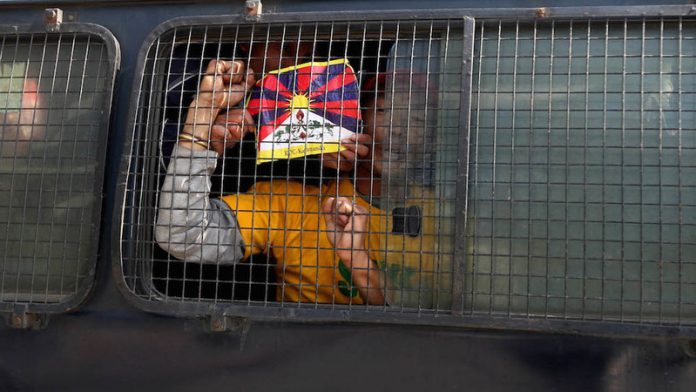 It’s ironic that other rights abusers sit on UN council

Aayesha Soni is in need of a reality check (Israel as chair of UN legal body a horrible irony). She castigates Israel’s human rights record, but some of the world’s worst human rights violators sit on the UN Human Rights Council, even though these regimes systematically violate almost every article of the Universal Declaration of Human Rights.

These regimes include Russia, China, Saudi Arabia, Algeria and Jordan. Disregard for human rights is intrinsic to the very structure of these governments.

A detailed independent report evaluating all council members, based on their domestic record, makes for some sobering reading. It highlights recent low points such as the failure of all of these members to support a draft resolution in the General Assembly documenting the shocking human rights abuses by Iran against women, religious minorities and political dissidents. Until his death, Muammar Gaddafi was a chairperson.

At the time, Kofi Annan, then the UN secretary general, acknowledged openly that countries had sought membership of the UN’s highest human rights body not to strengthen human rights but “to protect themselves against criticism or to criticise others”, and that the council’s work “was undermined by the politicisation of its sessions [and] the selectivity of its work”. It suffered from “declining professionalism” and a “credibility deficit,” all of which “cast a shadow on the reputation of the United Nations system as a whole”.

In reality, the world’s worst abusers continue to get a free pass. The Human Rights Council has been compared with “a police force run in large part by suspected murderers and rapists”.

No council member even tries tabling resolutions to help victims of human rights violations in countries such as Egypt, Pakistan, Saudi Arabia, Venezuela or Zimbabwe. The target is Israel – a democracy that ranks among the freest countries in the world.

Every country gets reviewed, but in practice most of the reviews amount to orchestrated mutual praise. For example, China used the council to praise Saudi Arabia (where 53 Ethiopian Christians were arrested for praying in a private home) for its “religious tolerance”. The next day, Saudi Arabia praised China (which has trampled the people of Tibet) for “progress” in “ethnic minority regions, at the political, cultural and educational levels”.

This is the credibility crisis that has led the UN down the same ignominious path as its constituent members. Can there be a more stark example of “a horrible irony”? – Rodney Mazinter, Cape Town

■ As a medical practitioner, Dr Aayesha Soni should know that almost a quarter of a million Palestinians, from the West Bank and Gaza, are treated annually in world-class Israeli hospitals.

She should know that thousands of refugees fleeing the carnage in Syria are treated in medical facilities close to that border by dedicated Israeli medical personnel.

Yet she turns a blind eye to these facts and claims that “legally Israel is guilty of the same crime as Hitler”. Really? Hitler murdered one-third of world Jewry. The daily death toll in the Arab world – from Yemen to Iraq, Libya and, of course, Syria – is huge. Yet readers are told by a medical doctor that Israel is guilty of genocide.

Perhaps Dr Soni, instead of turning truth on its head, should back up her statements with facts and statistics. – Allan Wolman, Johannesburg

The first three paragraphs of the article The abaThembu nation – a recent history are factually and scientifically incorrect. This is the same narrative as that of the former slave traders, colonialists, racists and apartheid apologists. The journalist might have written her article in all honesty, with no ulterior motives, but she has to get her facts right.

First, as the so-called Bantu-speaking group of people, we did not migrate from Central and West Africa. We occupied the whole of Africa in its totality at different times and in different areas because of the nomadic nature of our existence at the time. Stock farming and grazing of our livestock was paramount, so we would move to wherever in Africa was appropriate when we needed better grazing land. Wars and battles between different ethnic African people, in competition for resources at the time, were another factor.

Second, settling in different places, as mentioned in the article, is as old as humankind. The very recent scientific and anthropological findings in South Africa, proving the origins of Homo sapiens a million years ago, bear testimony to that.

Last, the so-called Bantu groups are not necessarily connected by “a language and culture” different from so-called non-Bantu-speaking groups.

The false and distorted narrative of our past was used to brutalise, enslave, colonise, kill, rape and oppress Africans. – Thulani Ngcobo, Midrand