Local is lekker – and healthy 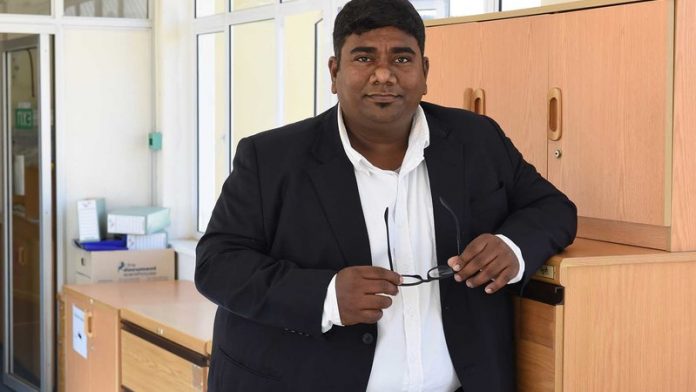 Around 95% of medical devices are imported into South Africa. Their costs are high, fluctuating with economy and demand, and ultimately the patients are the ones who pay. Doctor Sudesh Sivarasu has set out to change this situation.

Sivarasu adopted his Frugal Biodesign Process in 2011 and, over the past five years, has developed a number of medical devices, filed five patent family applications and been granted three medical device patents, winning several MedTech awards for his inventive solutions. His goal is to create cost-effective solutions to expensive problems.

Based on the recommendations of the World Health Organisation, it’s essential for South Africans and all developing nations to locally develop medical devices for long-term sustainability. It is equally important to understand that local requirements are different from global ones, a fact that Sivarasu is quick to point out.

“I recognised how expensive medical technologies are and how patients become payers, one way or another, in both private and public healthcare,” says Sivarasu. “This led to me developing new devices with South Africa’s very specific needs taken into account, especially from a developing world point of view. We have very unique, unmet clinical needs, and designers up north, in the developed world, don’t necessarily understand the critical need in the developing world.”

One startling statistic is that seven out of every 10 people globally are impacted by the lack of affordable medical technology. This drives Sivarasu’s aim to develop locally manufactured medical devices that are also low cost.

The entire concept is led by an approval by design process. This is where an idea is developed into a workable device and then handed out and tested in real time, in real spaces, to see if it’s suitable. It’s about making medical devices that address unmet clinical needs in South Africa, Africa, and the rest of the world.

“I noticed that most of the research stayed within the thesis/dissertation or the limitations of research papers, not actually translating into reality,” explains Sivarasu. “I felt there was a need to take these across the academic boundary to see how they could work in the real world.”

Training as a cost saving

Sivarasu trains students to work with him in finding solutions. He identifies the particular clinical requirements, conceptualises solutions and then trains his students to create fully functioning products, testing the devices in the clinical and laboratory environments.

“We don’t have a huge investment and have to look at ways of reducing costs in product development. I involve postgraduate biomedical engineering students in development, and use the university facilities to take devices to clinical trials,” says Sivarasu. “There is no need to have products imported from all over the world. We can make them here.”

He says that we have some amazing engineers and clinicians in this country. We need to capitalise on their talent, and getting them to work together.

“I want to make a difference in this environment and not only transform healthcare costs, but the manufacturing environment along with it. We have an opportunity to create new programmes and solutions that can change the country,” says Sivarasu.

When asked for examples of completed work he is most proud of, Sivarasu mentions his patent for a device known as the Laxmeter. It assesses laxity in knee ligaments and has been developed into a fully functional working tool that has received three patents from the US, UK and South Africa.

It already has some potential licensing partners lined up, with manufacturing rights remaining in South Africa. Currently the Laxmeter is heading into pre-clinical trials.

“Another device worth mentioning is the reScribe hand exoskeleton for stroke rehabilitation,” says Sivarasu. “reScribe has five individually-actuated degrees of freedom on the thumb, index finger and middle finger. It allows for precise sensing and control of the interphalangeal joints, which are used in the tripod grip. It helps people through handwriting therapy.”

reScribe is currently a University of Cape Town incubator company. It has won an award at the Design of Medical Devices Conference and featured in the department of science and technology budget vote exhibition.

Sivarisu has also worked on a smart glove developed to help leprosy patients. The glove tracks pressure points on the fingers and palm to help prevent injury as a result of the nerve damage and sensory loss caused by the disease.

“The neuropathy takes away sensation in the fingers. Consequently, patients don’t know when they lift hot objects or place their fingers under stress,” says Sivarasu. “We developed the smart glove and it’s now being tried on patients in leprosy colonies in India. Currently around 200 patients have benefitted from this glove, which monitors pressure, temperature and humidity. The work, featured on BBC, received an award from the International Leprosy Congress and has become globally recognised.”

Currently he is developing a number of disposable medical devices using 3D printing technology. He has given a plenary talk to the Chinese Digital Medicines Society on this very topic.