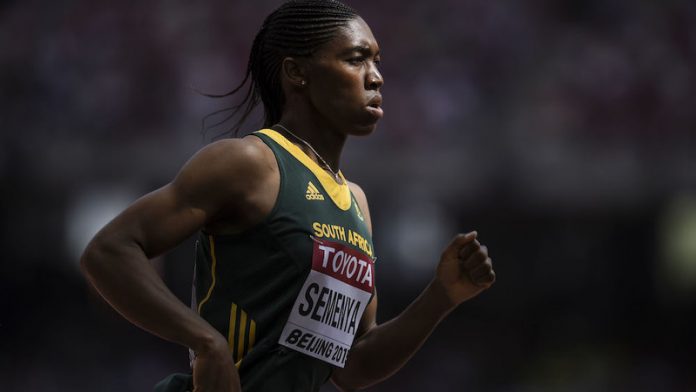 Little-known middle-distance athlete Samuel Sepeng has been credited with being one of the hidden factors behind Caster Semenya’s phenomenal pre-Olympic form. Sepeng has been acting as pacesetter for Semenya during her training sessions in Potchefstroom.

“Samuel is our training group’s pacemaker and he’s been instrumental in pushing her on session days and getting her to this point,” says Verster. “For now, we only have the Monaco Diamond League [track events in July] left before Rio and a couple of Diamond League meetings after that.”

There must be some strong genetic predisposition for running the 800m because Sepeng’s brother, Hezekiél, was a silver medallist over the distance at the 1996 Atlanta Olympics.

Sepeng is handy over the distance himself, but his talents pale in comparison with what Semenya is currently doing over two laps – not bad for an athlete who arrived at Potch in October 2014, lacking confidence and form.

“We’ve been working really hard for almost 20 months in getting Caster healthy, injury-free, slowly building up to this point,” says Verster. “As with many other young athletes, it has been a real privilege working with her.”

Verster would not be drawn on the subject of which other events – if any – Semenya would be racing in beyond her signature 800m, saying that it was largely a question of wait and see whether she would participate in the 1 500m, the 400m and the 4x400m relay team, which she anchored in Durban over the weekend to bring the South Africans gold in the African Championships.

“As with all middle-distance athletes, if you are training correctly you should be able to race in events around your actual event,” says Verster. “With Caster, the most important thing is that we’re having fun and enjoying racing. At this stage the focus is still obviously on the 800m but we will see what works in terms of training and scheduling.”

Although the party line on Semenya’s growing confidence – she has already run the best time for the year in the women’s 800m – is that she’s been cocooned in an environment that has allowed her to develop, the sceptics’ voices are growing. They argue that Semenya’s surge in form is directly traceable to her increased levels of testosterone and, even though training regimens and the sheltered environment of Potch might have played their part, this isn’t key.

Instead, they say, what’s crucial in the debate is the recent Court of Arbitration for Sport’s ruling that the International Association of Athletics Federations (IAAF) can no longer legally sanction athletes whose testosterone levels spike beyond a certain level. The court’s ruling has been widely questioned – and such questions have particular application to Semenya.

Ross Tucker, for example, a local authority on such matters, remains unconvinced that Semenya’s stellar form can be attributed solely to Samuel Sepeng and Potchefstroom’s good vibes.

On his website, The Science of Sport, Tucker dubs the court ruling “the stupidest, most bemusing legal-scientific decision ever made”, adding that he isn’t buying the official reason for Semenya’s near-perfect 2016.

When Tucker’s concerns about Semenya’s increased testosterone levels (and the fact that these account for her improved performances) were put to Verster, he responded: “We’ve worked very hard building up consistently for almost 20 months to get to this point of enjoying running and training again, and being injury-free and healthy. All kinds of people will always try make publicity for themselves when it comes to high-profile athletes. Unfortunately, you are always going to get people like that.”

The debate was deepened over the weekend by the IAAF president, Seb Coe, who attended the African Championships in Durban. Although he didn’t make specific mention of Semenya, he did say: “I don’t like to see any athlete in any discipline under sensitive situations being demonised; we are talking about human beings here. At the moment we [the IAAF] are reassessing the view that the [court] took and have a year to do so – we will do this calmly and we will do it collectively.”

Despite the legal and ethical uncertainties, what seems likely is that Semenya is heading for an exceptionally nasty media scrum, particularly if her form continues, because the IAAF is unlikely to reach a conclusion on the court’s findings before the August Olympics.

“I’ve heard stories about insiders on the track calling her a man,” said a member of the sports community who preferred to remain anonymous. “Should she do well in Rio – which seems likely – there’s going to be a demand for an investigation.”

As was the case in the past, those around Semenya seem ill-prepared to deal with the fast-approaching media circus with its attendant knife throwers, contortionists and clowns. For Verster, it’s simply a case “of protecting our right to do our own thing”.

It’s a position that has its merits, although Verster’s claim doesn’t seem equal to the complexities of the situation.

“I can see the authorities [such as the South African Sports Confederation and Olympic Committee and Athletics South Africa] trying to deal with this reactively,” says the source.

“I don’t necessarily think that the approach is going to do the athlete any favours, although you have to say that this is such a complicated, intimate issue … that it’s very difficult to know how best to deal with it.”