Gautrain security guards face retrenchment after a fare hike, unless they waive bonuses 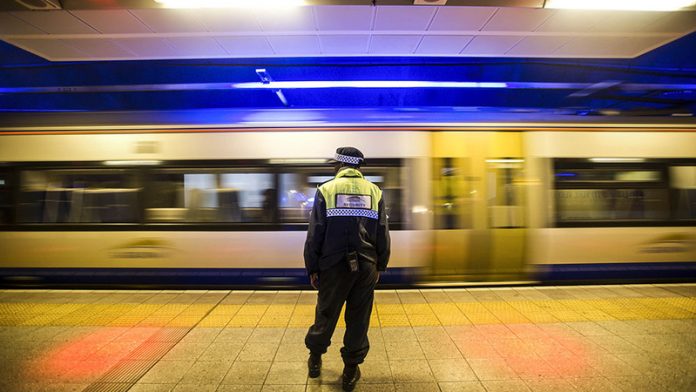 Strategic Partners Group (SPG) employed 115 security guards in 2009 at a monthly salary of between R3 500 and R5 000, plus R1 500 bonus every three months. The Bombela Operating Company, which runs the Gautrain, reimbursed SPG for the bonuses but reneged on this agreement nine months into the contract, according to the BEE partner.

This led the security guards to embark on a week-long unprotected strike. SPG executive chair Mzolisi Diliza told the Mail & Guardian that his company had agreed to continue paying the bonus despite the lack of funds to do so.

In January this year, when the initial contract expired, the workers were told they would no longer receive the R1 500 bonus.

“The new contract makes no provision for the payment or reimbursement of a quarterly incentive bonus. In light of this, and due to the company running at a loss, SPG approached its majority union Amcu [Association of Mineworkers and Construction Union] to negotiate the withdrawal of the payment,” Diliza said.

But, he said, Amcu did not respond to its request for consultation on the withdrawal of this payment and SPG consequently applied for the retrenchment of workers who refused to accept the new contract.

A one-way trip to OR Tambo airport on the Gautrain now costs R180. (Madelene Cronjé)

Of the 115 security guards, 48 have agreed to waive the quarterly bonus payment but the remaining 67 are standing firm.

One of the workers who accepted the waiver is Sizwe Dyonta, who has worked as a security guard at the rail network’s Bosman and Hatfield stations since April 2010. He’s a member of Amcu and accepted the waiver after the union failed to present to members how it planned to fight the retrenchments.

“They [SPG] were threatening us with many things, such as not paying our salaries at the end of May, so I accepted the waiver. What can I do? I had no choice because I need the job,” said Dyonta.

The 42-year-old guard rents a room for his wife and two children in Atteridgeville for R600 a month and said he gets paid about R4 000. The retrenchment notice placed his family at risk. “I support six people: my family and sometimes my two nieces. I can’t risk losing that money,” he said.

To make matters worse, the Bombela Operating Company now faces a possible strike from July 11 if it fails to reach a wage agreement with the United National Transport Union (Untu). The union represents less than 50% of the BOC’s 450 strong workforce and this week declared a dispute after rejecting a 7.6% increase. Untu demanded a 9% increase and referred the matter for arbitration.

But it’s already threatened strike action if the company does not pay out around R20-million in overtime, which it allegedly stopped paying to employees in 2013.

“Bombela is deliberately dragging its feet. The employees will have no choice but to go on strike in protest if Bombela continues to attempt to evade that debt,” said Steve Harris, Untu general secretary.

In response BOC denied not paying overtime salaries and assured Gautrain commuters that a strike would minimally impact on its operations, should it go ahead.

“The company denies that it ever arbitrarily reversed any of its internal policies. We can confirm that BOC’s employees have been paid for all overtime worked,” it said in a statement.

Following the implementation of the Gautrain fare increases on June 1, the shortest trip now costs an average of about R25 — up from R20 — and a single trip to OR Tambo International Airport has increased to R180 from R150.

This is the fourth fare increase at the Gautrain since it became operational in February 2009.

Asked to respond to whether BOC or SPG believed cutting the bonuses was fair towards the workers, considering the hike, both companies refused to comment.

The Bombela Operating Company referred queries about why it decided to stop reimbursing SPG for the performance bonus back to Diliza, who had not responded at the time of going to print.

Note, July 6: This story has been updated to include the corrected version of Gautrain security guard salaries, which was earlier reported between R3 500 and R8 000 per month.