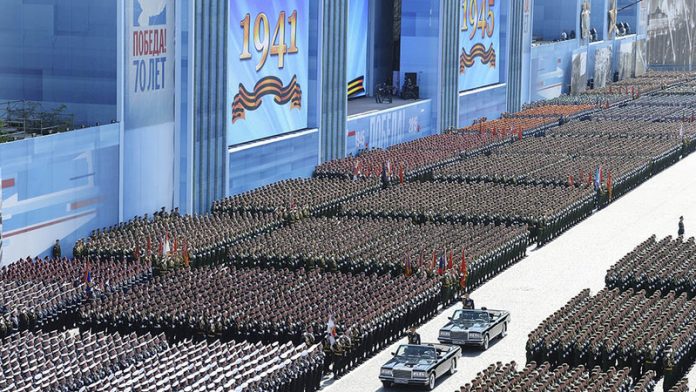 Leaders from 28 countries, with a collective population of about one billion, are preparing for a landmark Nato summit on July 8 and 9 in Poland that will map the way ahead for the military alliance. Coming hot on the heels of the United Kingdom’s Brexit vote, the member states will seek to underline the unity of the Western alliance in the face of an emboldened Russia and a wider suite of security challenges.

While the summit has a broad focus, which includes Afghanistan and the Middle East, top of the agenda is Russia. Following Moscow’s annexation of Crimea, and the wider destabilisation of Ukraine, Nato’s relationship with Russia is at one of its lowest points since the end of the Cold War about a quarter of a century ago.

About 26 years later, there is genuine alarm in certain quarters about the West’s capability to respond to what is perceived as a significantly enhanced Russian security threat. Earlier this year, for instance, a report by research organisation Rand Corporation concluded that without a Nato force of seven brigades in the Baltic states, a Russian force could potentially reach Riga (the capital of Latvia) and Tallinn (the capital of Estonia) in two and a half days, which would leave Nato facing a difficult predicament of military escalation, or acceptance of the new status quo.

While Nato disagrees with the conclusions of the Rand study, General Sir Richard Shirreff, who was deputy supreme allied commander Europe from 2011 to 2014 (the highest commanding officer in Nato), has also warned of the possibility of a war between Russia and Nato. In his assessment, a decision by Moscow to invade one or more of the Baltic states could trigger this nightmare scenario.

Whereas Russia is estimated to have increased defence spending by about 80% between 2008 and 2014, the counterpart figure for Nato countries collectively was a decrease of about 20%. But there have been small increases in defence spending since then in some European Nato states and Canada.

This burden-sharing issue is a particular sore spot for the United States, which accounts for about two-thirds of Nato defence spending. President Barack Obama will urge allies at the summit to meet guidelines of 2% of gross domestic product expenditure on defence, which most are failing to contribute.

In the face of an emboldened Russia, a number of specific measures will be announced in Warsaw. The most eye-catching of these is the enhancement of Nato forces in the eastern geography of the alliance with four battalions – led by the UK, the US, Germany and Canada – to be rotated in Estonia, Latvia, Lithuania and Poland.

Measures to boost defence capabilities and the resilience of Ukraine, Georgia and Moldova through a range of political and practical support will buttress the battalions.

Nato will also continue to work closely with Finland, Sweden and Georgia to enhance security in the strategically important Baltic and Black Sea areas.

In the wake of the UK’s Brexit vote, which will probably see the nation leaving the European Union, Nato members will be keen to emphasise the unity of the Western alliance, especially against what is seen as Moscow’s revanchism.

Nato has co-operated with the EU on a range of security challenges for many years, including in the Aegean Sea at present to help tackle the migrant and refugee crisis.

Nato intends to unveil measures at the summit that demonstrate an even higher level of reciprocal co-operation with Brussels in areas such as hybrid and cyber threats, and increasing maritime security.

Outside of Europe, the future of the military alliance’s operations beyond its borders is very much on the agenda. The rationale is that, especially with turmoil across the Middle East and North Africa, Nato needs to continue to project security and stability outside of its member countries.

For instance, the alliance is looking at what direct support it could potentially provide to the Global Coalition to Counter the Islamic State of Iraq and the Levant, which is made up of more than 60 countries, including deployment of airborne warning and control systems surveillance aircraft in Iraq and Syria. Outside the Middle East, the Libyan unity government has requested Nato’s help in tackling Islamic State in that country.

The issue of Nato assuming a new role in the fight against Islamic State is one that Republican de facto presidential nominee Donald Trump, who previously described Nato as “obsolete”, appears to support strongly. He recently asserted that the alliance “is going to have to be either readjusted to take care of terrorism or we’re going to have to set up a new coalition, a new group of countries to handle terrorism because it is out of control”.

In Afghanistan, agreement is expected soon to sustain Nato’s presence through to 2020, because the Taliban controls more territory in the country than at any time since US-led forces toppled the regime led by Mullah Omar in 2001.

Under President Ashraf Ghani, Nato support is directed primarily at training, advising and assisting a 350 000-strong Afghan police and military forces, which may otherwise disintegrate.

Taken overall, Nato will use the summit to reconfigure its response to Russian actions in Ukraine; double down on co-operation with the EU; and agree a new framework of activity beyond its borders, including potentially in tackling Islamic State.

This will give the military alliance important new strategic direction for the next five to 10 years in a rapidly changing international security environment.

Andrew Hammond is an associate at LSE IDEAS, the London School of Economics’s foreign policy  think-tank