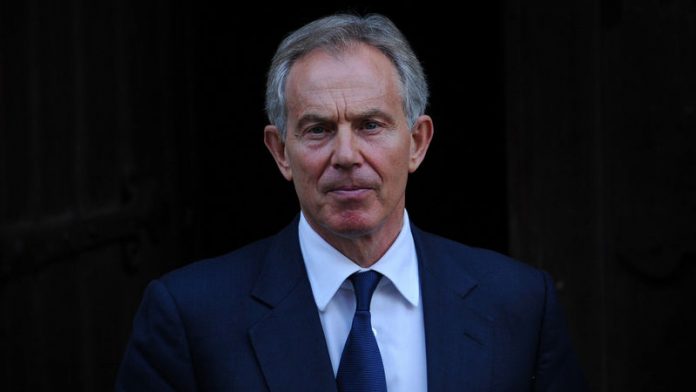 Zab Mustefa was still in high school when she made the 660km trip from Glasgow to London in February 2003 in the hope her voice could help prevent the UK from going to war with Iraq.

She joined more than a million others in the biggest demonstration in British history – most unconvinced by the government’s claims that Iraqi president Saddam Hussein was hiding weapons of mass destruction (WMD), or that he posed an imminent threat to the country.

“I was only 17 but being young and naive, I genuinely thought if enough people took to the streets, it would make a difference and stop Bush and Blair’s war,” Mustefa said.

But a month later, British MPs led by then-prime minister Tony Blair’s Labour government voted overwhelmingly in favour of authorising force against Iraq by 412 votes to 149.

This early experience was enough to put the young Glaswegian off politics.

“Many young people gave up on politicians and politics after [Iraq].”

The invasion that followed resulted in the overthrow of Hussein’s government, but the weapons of mass destruction on which the March 2003 invasion was justified proved non-existent.

Blair remained in power until his resignation in 2007, but the remainder of his rule was dogged by accusations from opponents that he deliberately exaggerated evidence on Iraq’s military capabilities and misled parliament.

In 2009, Blair’s successor, Gordon Brown, ordered an independent inquiry into the decisions that led the country to war.

Brown promised “no British document and no British witness will be beyond the scope of the inquiry.”

‘Highly exaggerated’ evidence
Piers Robinson, a University of Manchester academic whose research focuses on contemporary propaganda, told Al Jazeera there was strong evidence that high-ranking officials – and possibly Blair himself – had given a “highly exaggerated impression of the state of the intelligence regarding Iraq’s alleged WMD capability”.

The government’s infamous “sexed-up” September dossier on Iraq’s threat made the claim it was producing biological and chemical weapons that could be launched within 45 minutes.

“A very flimsy piece of intelligence, received from a source on trial and which was itself sub-sourced, was the basis for the statements,” Robinson said regarding the claim.

“We do not know who authorised the use of the intelligence in the dossier, but we do know that all the senior officials, including Blair, were briefed as to its speculative nature.

“It remains unclear who should be held responsible: Blair and his advisors or the intelligence services, or a combination of both.”

Robinson, who has conducted extensive research into the British government’s communication leading up to the war, said there was further evidence that the British call on Iraq to disarm in compliance with UN resolutions was “largely a cosmetic exercise” aimed at giving officials the legal cover for military action.

“Blair gave the impression of working for a peaceful resolution whilst, all along, it appears that war was more or less inevitable,” Robinson said.

“This is, again, a form of deception and perhaps a more serious one than that relating to the exaggeration of intelligence.”

In numerous interviews after the invasion and while giving evidence to the Chilcot inquiry in 2011, Blair has insisted he acted in good faith, and that there was substantial evidence indicating Iraq wanted to develop chemical and biological weapons.

The former prime minister has rejected accusations that he had made his mind up about going to war with Iraq before January 2003.

‘White wash’ fears
If the Chilcot report finds the government deliberately deceived the British public and parliament in its decision to go war, there would be “tremendous pressure” to take further action, according to Robinson. He added a verdict declaring officials acted in good faith would be seen as a “white wash”.

Al Jazeera spoke to activists and protesters who attended the 2003 demonstration who said they feared the findings could be watered down.

Leading anti-war campaigner Lindsey German of the Stop the War Coalition said she didn’t expect Chilcot to come down heavily on Blair officials.

“It will apportion some blame, but will not do much more,” she said.

Another leading anti-war campaigner and Afghan war veteran, Joe Glenton , who was imprisoned for refusing to serve in protest at the wars in Afghanistan and Iraq, told Al Jazeera the report would be “something of a write-off”.

“A successful Chilcot report will be one which sees actionable legal charges brought against the main offenders in the Iraq War. Anything less then that is a failure,” Glenton said.

The Blair legacy
For British-Iraqi activist Anas al-Tikriti, there’s little the Chilcot inquiry can produce that will reverse the damage done to government relations with the Muslim community and to his country of ancestral origin.

Tikriti said his Iraqi roots were a driver in helping to organise the 2003 march, and his knowledge of the country made it clear “the war was going to have catastrophic effects on the country and the region”.

“Actions must been seen to be taken to name, reprimand and properly admonish those which the report implicates… Then and only then a semblance of trust and confidence might be restored,” Tikriti told Al Jazeera.

Blair, the Iraq War and me
Like Mustefa, German, and Tikriti, now-university lecturer Pete Lewis was on the streets of London in 2003 protesting the war, determined to show the world that if it came, it would not be in his name.

Lewis said the protest was so big he could not get anywhere near the official route and people were protesting in any available open space.

Despite 13 years passing since the start of the war, among all the protesters Al Jazeera contacted there was a recurring theme of discontent that the Blair government had ignored such a large mobilisation of public outrage.

“They [Blair and Bush were just trying to find reasons to make it happen, even though it was clearly unpopular and thought by millions of us to be unjustified,” Lewis said.

“One thing that the political establishment must have learnt from those events is that you can pretty much ignore a public outcry of that scale – and get away with it.”

“I am not convinced that Chilcot will do much to change that, but we will see.” – Al Jazeera

The hidden evils of “social cohesion”

Britain’s May clashes with Blair over Brexit

Elitism remains the enemy of democracy