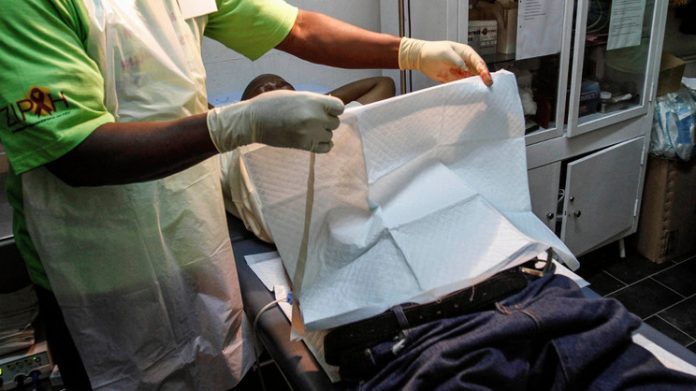 As the winter school holidays in Zimbabwe approach, excitement and nervous apprehension is building up among teenage boys. They are preparing for a traditional, yet very modern, experience and they’ll be emulating their favourite DJs and celebrities.

Their friends will think they are smart and mature; their headmasters, teachers and parents will be impressed — as will be, remarkably, the chiefs.

In an exceptional coming together of tradition deeply rooted in social customs on the one hand and modern medicine on the other, hundreds of boys will be circumcised. They will head to initiation camps in the bush. There the elders will teach them about traditional values, customs and practices. They will learn what it means to be a responsible man in society: taking good care of a family, protecting women and wives, and valuing traditions and culture.

The foreskins of the initiates will be removed — but it will not be done by traditional circumcisers. Doctors and nurses will perform the procedure surgically.

Integrating medical male circumcision and traditional initiation is complicated. In South Africa, where the initiation season is in full swing, there has been a varied response. In Pondoland in the Eastern Cape, for example, there has been strong resistance to surgical intervention.

But the Voluntary Medical Male Circumcision (VMMC) programme in Zimbabwe has been so successful that nearly 600 000 adolescent and adult men have been medically circumcised since it was started in 2009. This is about 50% of the national target to be reached by 2017.

Getting support from their teachers, headmasters and parents has also been effective in reaching these young men.

The programme runs circumcision campaigns during school holidays, which has led to many teenagers joining them.

Safeguarding a rite of passage
For the Shangaan, Venda and Mberengwa people, circumcision symbolises the transition of the male child into adulthood.

In Shangaan culture, where male circumcision is known as hoko, only circumcised men can marry within the community. Uncircumcised men are considered immature and are banned from participating in men’s gatherings.

Chiefs feared the custom would be abandoned because most parents were sending children away during circumcision seasons. These parents doubted the safety of the procedure. Others secretly opted to have their sons circumcised at hospitals or clinics.

When the government started its medical male circumcision programme, they first discussed it with people who practised circumcision. The ministry of health and child care, the  National Aids Council and the health organisation Population Services International (PSI) consulted the chiefs in developing the policy, which meant the traditional leaders were more enthusiastic about the programme.

People also supported the programme as an additional method to protect them against HIV and agreed there were benefits to linking it with their traditional initiation ceremonies.

In 2007, the World Health Organisation and the United Nations Programme on HIV and Aids recommended medical male circumcision as an HIV prevention method for countries with high HIV infection rates but low medical male circumcision rates. This was after clinical trials showed that the removal of the entire foreskin reduced a man’s risk of getting HIV through heterosexual intercourse by up to 60%.

Great care was taken to ensure that traditional values were not infringed on. The Shangaan do not allow “foreigners” in their camps. The medical teams had to perform the circumcisions and the post-circumcision reviews outside the initiation camps. No women were allowed in the vicinity of the sacred place; male medical personnel performed the procedures. The Shangaan saw the collaboration as a success. It makes circumcision safer and offered HIV testing and information on safer sexual practices and other sexual reproductive health services.

Since 2010, traditional leaders have asked the ministry of health and PSI for help during the initiation camps each August. More than 8 000 boys and young men have benefited from this.

At the end of each event, people celebrated the success of the collaboration at ceremonies in their villages. Adverse events reported from the initiation camps have become rare and parents’ concerns about their sons’ participation in the traditional hoko have been reduced.

A number of factors were key to the successful overcoming of barriers to the acceptance of medical male circumcision in Zimbabwe.

Collaboration with the traditional leaders and the people themselves benefited the VMMC programme. The use of popular musicians, poets and other local celebrities as role models added to its success.

Finally, in its communication campaigns, PSI positioned medical male circumcision — with its diverse package of services and benefits — as a programme that prepares adolescents for adulthood, rather than an HIV prevention measure. The Pinda Mu Smart (“Get smart, get clean”) campaign portrays VMMC as a lifestyle choice for smart boys to become real men.