Convincing characters live on in debut novel by well-known playwright 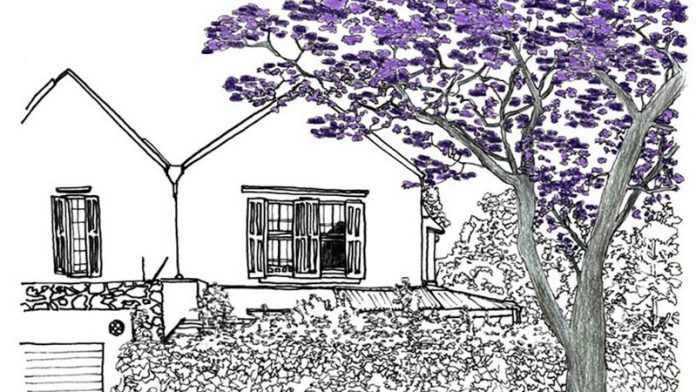 OUTSIDE THE LINES
by Ameera Patel (Modjaji Books)

This debut novel by playwright and actress Ameera Patel is both a light read and sustaining enough to live on in the mind – always a good sign. Her astute eye for society in Gauteng, that ever-shifting mosaic of bizarrely diverse people, enhances this thriller-like novel. Patel does not comment – her story does that.

So, what lines does the title refer to? The cover, a delicate drawing of a suburban house with a jacaranda in bloom on the pavement, gives little clue. One begins to read with the faint expectancy that this novel will deal with something outside of society, beyond the margins, the lines of conventionality, the borders of normalcy.

But Patel throws us into a fairly common scene where lines may well refer to lines of cocaine snarfed in a dirty club toilet. It’s not pretty, unless you think in terms of pretty desperate.

It’s a powerful opening, in which a twentysomething white woman, Cathleen, described kindly in the blurb as “troubled”, is picked up by a random stranger. At least that’s how it seems.

Patel rotates her narrative through other lives connected or tangential to Cathleen’s. Though she is central to the complicated and tense plot, the reader’s real sympathy is engaged by others.

Closest to her is Flora, who was her nanny and has worked for her family for years. Flora, addicted to a cellphone game, is a mensch, keeping her employer’s family together after Cathleen’s mother died.

Her current delight, though, is a Zimbabwean house painter, Runyararo. Their budding romance is disrupted by false accusations of theft by Cathleen, who has an endless need for money. After he has been fired, they manage to stay in contact with their cellphones, with some unforeseen results.

A subplot revolves around Flora’s son, Zilindile, who is no angel and has a girlfriend, Farhana, in Lenasia. Things get plausibly complicated with one leap of coincidence that brings them into a circle.

Though the book reads like a thriller, it is enhanced by the depth Patel gives her characters. The reader feels fully immersed in their consciousnesses.

In Farhana’s family life we get a look at the persistence of patriarchy, but also at the lives of women in an endless round of cooking delicious food and caring, while excluded from serious decision-making.

Runyararo is from Mutare, where trauma in part has left him unable to speak. He has put himself under the wing of a wheeling-and-dealing younger relative who knows how to get work in Johannesburg, some of it unsafe and on the wrong side of the law.

Flora, a domestic worker, a figure so central to South African middle-class life, has opinions and aspirations, grit and morality. The most-damned character is Frank, Cathleen’s weak and self-pitying father.

It’s a remarkably good read. I enjoyed the succinct subtitles to each chapter, which focus and comment on what is to come in subtle ways.

My one complaint is this novel is too short (197 pages). In places it seems rushed, for example, after Cathleen finally makes it back to her street, which she recognises partly from the jacaranda flowers lying on the tar. At least another 40 pages would have given it more heft.

Patel has the ability to take us into the lives of her characters; it seems a pity to sacrifice this to “edginess” or fear that a long novel will put readers off. Quite the contrary.