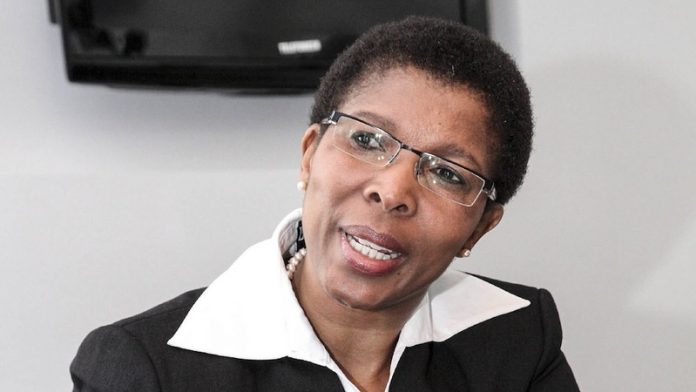 You could call her the Thuli Madonsela of the private sector. Nonkululeko Gobodo laughs at the suggestion but her outspokenness on the country’s leadership crisis and the disease of corruption has been as scathing as any verdict delivered by the outgoing public protector.

Her criticism is not borne out of despair but rather an unsinkable will to make South Africa work.

Gobodo’s assistant had initially expressed concern about the unexpected presence of cameras this week when the Mail & Guardian visited Gobodo at her new offices, but she is perfectly at ease from the word go. She even giggles a few times as we discuss some of the tragicomic aspects of the South African sociopolitical landscape, such as the tide of racial slurs that have been exposed on social media and the growing defiance of young South Africans.

“They’re a different kettle of fish,” Gobodo says, chuckling in the way parents do when they have been exasperated by their audacious offspring, but also can’t help admiring them.

There are key themes that emerge when talking to her: the importance of leaving a legacy and always keeping the next dream in mind. All these factors contribute to what Gobodo has always been passionate about – economic transformation and leadership. Her view is that you can’t have one without the other.

Our 90-minute conversation covers everything from timing to trusting your intuition as an entrepreneur. There is even one bombshell she drops almost as an aside – one that many might find hard to swallow.

“I always felt that God trapped me into this accounting thing because in the beginning I got exposed to accounting and auditing … the part that I didn’t quite enjoy was auditing. I enjoyed accounting.

“But as an entrepreneur your adrenaline comes from establishing something, you can establish anything. You don’t have to be passionate about it. It’s the entrepreneurial spirit in you that is your passion because it’s taking something from an idea, [and] converting that into something real.”

“The thing that drove me during those years [at SizweNtsalubaGobodo] was the developmental stuff … If I was not raising leaders, I was not fulfilled,” she says. “That made me realise this is something I want to do to contribute to the development of South Africa and Africa.”

Gobodo’s new offices in Parktown, Johannesburg, are as well put-together as its chief executive, who is dressed from head to toe in different shades of brown. The overall impression is somewhat matronly without being staid or standoffish. The office walls are painted purple and some of the furniture is grey, in keeping with the company’s logo.

Nonkululeko Leadership Consulting’s approach to its work sounds equally considered. Together with her two partners, Gobodo devised a leadership plan that focuses on three elements: corporate culture, leadership effectiveness and helping organisations to formulate and execute a strategy.

“Fortunately, the three of us, we come from practical leadership positions. We’ve been on the other side … So, we thought, let’s bring our practical leadership experience with the best practice that has been there and come up with our own unique solutions,” Gobodo says.

“What we hear from our clients is that we’ve come with something fresh, it’s a breath of fresh air, you’ve taken the fluff out of this because there’s so much investment in leadership but how much is the real return on investment?

“So we came up with this integrated approach … that works so well because people would focus on leadership and then wonder why strategy execution is suffering because they haven’t focused on linking all of those things. Or they would say: ‘OK, culture is an issue. Let’s look at culture.’ But, because they are not integrating the three, things would still not work.”

The consultancy’s timing could not have been more opportune. By all appearances, the world has never been in greater need of a makeover when it comes to leadership. Gobodo cites the Brexit phenomenon, where Brits blindsided the establishment by voting in favour of ditching the European Union.

Here at home the same could be said of violent protests that erupted in the capital city over the ANC’s nominee for Tshwane mayor, Thoko Didiza, not to mention the turbulence at state-owned enterprises such as SAA and the SABC.

Furthermore, recent research by consultancy firm PwC revealed that 80% of senior executives in Africa say that their overall strategy is not well understood.

But Gobodo agrees that it’s encouraging that leaders are stepping up to admit that they need help. Both the public and private sectors have come knocking at their door.

“Things are changing. Globally now we see the state of the world and we realise we need leaders who are able to lead in complex environments, to lead us through troubled times because we can’t just give up on the world, we can’t just give up on the future of our children,” she concludes, adding: “I remember when we established Gobodo Incorporated in 1996 … and one day, we had offices in Parktown on Empire, and I walked into our boardroom and I thought: ‘Wow, you were just an idea in my head, and now you are here.’”