Women cold-shouldered as political parties cosy up to youth 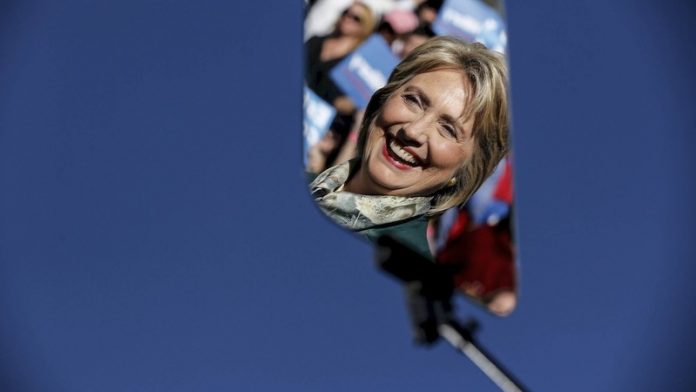 The youth are the party sweethearts for the local government elections, with few specific considerations for women referred to in party manifestos. Yet women constitute 51% of the population and 53% of registered voters.

One would think party strategists would at least tip their cap at women, if not attempt to woo their support, recognising the potential ballot box significance of this majority. After the flurry of female leadership in the 2014 national elections, and despite the spate of high-profile female faces in global politics of late, South Africa is sliding back into its old and tired patriarchal slumber.

An analysis by Gender Links of the extent to which gender is reflected in party manifestos in relation to political and economic participation, infrastructure, services and social concerns put the ANC in the lead position with a score of just 44%, followed by the United Democratic Movement (UDM) at 40%. The Congress of the People (Cope), at 36%, the Democratic Alliance (DA) and the Economic Freedom Fighters (EFF) at 28% did not do much better. The Inkatha Freedom Party (IFP) at 24% and the Freedom Front (FF+) at 20% brought up the rear.

August is not just the month in which we will cast our ballots in local elections. Women’s Day on August 9 will mark the 60th anniversary of the women’s march against apartheid South Africa’s discriminatory policies. What has really changed?

In the 2014 national elections, with Helen Zille leading the DA and Mamphela Ramphele’s brief foray into politics, we experienced a temporary “normalising” of male and female faces in leadership. Now every political party in South Africa is led by a man.

Women comprise 38% of elected councillors and 40% of MPs – impressive by global standards, but both figures have fallen in recent elections. As the ANC is the only party to have embraced a voluntary quota of 50% women in local and national elections, there is a direct correlation between the ANC’s waning political fortunes and the extent to which women are represented in Parliament.

Women’s equal participation may be guaranteed by the Constitution, but political parties have done little to make sure that it is guaranteed in reality. Every indication is that there will be a further drop in women’s representation in local government in August, at the very moment when South Africa has pledged in regional and global forums to make women equal partners in decision-making.

Nowhere is this more important than at the local level – the coalface of delivery. We see institutionalised challenges to women’s access to land, business finance, technology, extension services and markets. Women-headed households have less access than men to public and private assets, such as property ownership, waterborne sewage, electricity for cooking, and water, according to Statistics SA (2012) and the Status of Women in the South African Economy report (2015).

In the health sector women face economic, domestic, cultural and legal barriers to health care and sexual and reproductive health rights and services. HIV/Aids prevalence among people aged between 15 and 24 indicates this is higher for females (8.1%) than for males (4.0%).

The level of gender-based violence against women and girls is a critical issue hindering women’s advancement and development. Although we have seen gains in terms of girls’ access to education, with South Africa reaching parity in enrolment figures and attendance for girls and boys in primary education, there is concern at the drop-out rate of girls over the age of 15, influenced by teenage pregnancy and gender violence at schools.

Yet in the analysis of manifestos only the ANC expresses a commitment to work with all sectors to end violence against women and children. The IFP makes a timid reference to women and children “feeling safe in our streets”. Neither offers any analysis of why women’s rights continue to be so flagrantly violated in this way.

Only the UDM commits to ensuring women’s representation on municipal structures and in decision-making. The ANC commits to ensuring women constitute 60% of extended public works programme beneficiaries. Cope commits to creating a dedicated women’s fund and encouraging women to engage in small, medium and micro businesses. The UDM envisages supporting youth, women and people with disabilities to be entrepreneurs. None of the parties provide a gendered analysis of access to resources such as land, housing and credit.

The ANC notes that an increase in the provision of electricity and water to households reduces the burden on rural women in gathering these resources. Parties such as Cope, the DA, the EFF and the UDM envisage measures to ensure access to these commodities for indigent households, but none identify the difficulties experienced by women-headed households.

By comparison, most of the parties have revealed an understanding of particular problems experienced by the youth, including economic participation, access to training and entrepreneurial opportunities. But the analysis fails to distinguish between those experienced by young women and young men.

It stands to reason that any party that taps into the issues that directly affect a majority voting bloc such as women should enjoy statistical advantage over its competition. Contentions in the ruling party, shifts in the balance of power between the ANC and its official opposition, the DA, as well as the rising contender, the EFF, indicate that in many municipalities the vote is up for grabs.

Might a party responsive to the everyday needs of the majority of the electorate – those of women – swing that vote? It would appear that no party has thus far identified this opportunity.

What could be a landmark case seeking recognition for a woman’s right to inheritance and maintenance in the event of her partner’s death, is currently being adjudicated
Read more
Analysis

The verdict highlights a number of critical issues required to build systems, processes and advocacy when it comes to working in the space of gender-based violence
Read more
Analysis

Modern development strategies often recognise the pivotal importance of enabling women to fulfill their potential and contribute effectively to their economies. Yet they fail to recognise the need for concerted action to protect women from violence
Read more
Opinion

Access to cellphones is not an end in itself. Rather, it is a way to level the playing field not only through knowledge, but also through connection
Read more
Advertising
Continue to the category
Politics