#AIDS2016: New science may put the power to prevent HIV in women’s hands 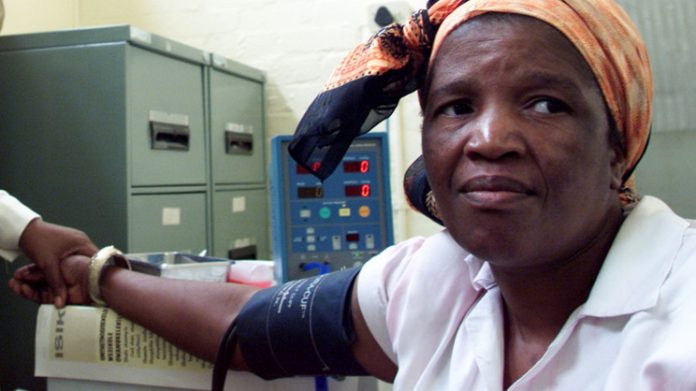 While the discovery of combination antiretroviral treatment must be seen as the most important innovation to have changed the face of the HIV pandemic in the last 20 years, it is the next decade that will decide whether we are able to use these and other interventions to prevent new HIV infections so the global epidemic can be controlled.

In the last decade, we have seen that deployment of antiretroviral therapy to pregnant women and their newborn babies can eliminate the transmission of the virus from mothers to their children. We have also heard how medical male circumcision can lead to a more than 50% reduction in HIV acquisition by men from vaginal sex. But for  young women and adolescent girls in new and unstable relationships, we still haven’t been able to offer an effective prevention option that they can personally control.

It’s remarkable, but until now we have really only been able to tell young women to insist on condom use. It is no surprise then that HIV incidence (the rate at which new infections occur) among young women has continued unabated — approaching 10% per annum in some age groups in South Africa.

The original studies that led to approval of PrEP in the US have shown that a daily dose of Truvada, which contains tenofovir and emtricitabine, can reduce HIV infection by more than 90%. This has led to an increasing number of countries including South Africa, and most recently the World Health Organisation, adopting this prevention approach.

But does it work for women in Africa?

Pill may finally put the power in women’s hands
Initially, there were concerns that PrEP may not be feasible for African women. These were fuelled by two studies involving women from East and Southern Africa; the Voice and Femprep placebo-controlled trials revealed that most of the young women who participated did not take the study product. Subsequent questioning found this was partly due to the anxiety about the experimental nature of PrEP and its novelty for some of the participants.

More convincing trial results from East Africa among heterosexual couples followed, showing that PrEP could offer up to 75% protection for men and women in relationships where one sexual partner was HIV positive and the other negative.

When told that PrEP worked and that they were receiving the active pill (no placebos), the majority of 179 women in Cape Town took PrEP regularly, as evidenced by electronic pill box monitoring and levels of PrEP drug in their blood samples (more than two out of three had drug levels compatible with more than four pills a week at week 30).

This study, called HPTN 067/ Adapt, was presented at the Conference on Retroviruses and Opportunistic Infections in 2015. Women were randomly assigned to daily or intermittent PrEP. Women in the daily arm were more likely to have PrEP in their systems at the time of their sexual exposures and adherence was better, suggesting that daily pill taking was more likely to result in habit formation.

Aids 2016 should mark the dawn of a new era
What has become abundantly clear is that PrEP works if taken as prescribed and it is becoming clearer that young women need to ensure they get their tissue PrEP levels up by regularly dosing before any HIV exposure may occur. In the case of young women, it seems likely that a daily dose is better than a number of doses following sexual exposure to prevent HIV acquisition.

We recommend today that women take their oral PrEP daily, if possible, as they require a few doses to reach adequate tissue protection against HIV infection.

Being able to take a pill discreetly, much as women have been doing with oral contraceptives since the 1950s, is an HIV prevention revolution.

But new innovations are often met with skepticism. We have to work at finding early adopters, who will help other women to adopt and adhere to daily PrEP. We did this with antiretroviral therapy, and there is every indication we can do this with oral PrEP.

A small project in Cape Town and Soweto called Pluspills showed that 150 adolescent girls and boys aged 15-19 years took oral PrEP and did their best to take it regularly. A good percentage of the adolescents have had adequate drug levels and to date we have not seen any new HIV infections in this cohort.

Preliminary data will be presented at Aids 2016 next week in Durban.

The good news is that there are other exciting options in progress that will enable less frequent dosing. Long-acting PrEP agents, which require a depot intramuscular injection every 8-12 weeks, are currently undergoing efficacy testing in South Africa and other countries. Even more exciting are the prospects for an antiretroviral agent so powerful it can be encapsulated in a small rod, requiring a subcutaneous implant only every 6-12 months. Those human trials will begin later this year, hopefully also in South Africa.

Aids 2016 should be remembered for marking the era when HIV prevention came of age and we started a revolution of prevention that led to HIV’s ultimate control and eradication.

Professor Linda-Gail Bekker is deputy director and chief operating officer of the  Desmond Tutu HIV Centre at the University of Cape Town. She is incoming president of the  International Aids Society.

Linda-Gail Bekker
Professor Linda-Gail Bekker is the director of the Desmond Tutu HIV Centre at the University of Cape Town. She is a past president of the International Aids Society.
Facebook
Twitter
WhatsApp
Linkedin