Pensions: Why it literally pays to be a man 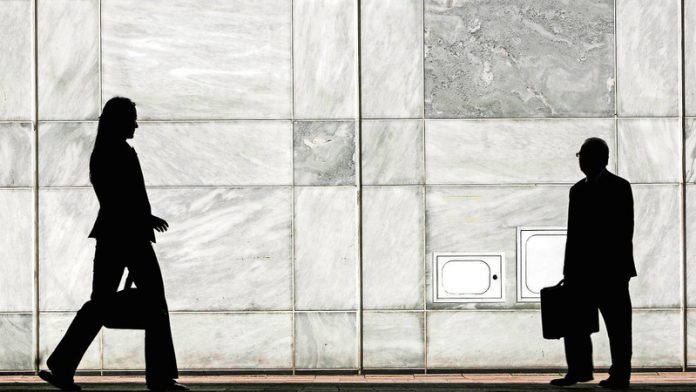 The savings industry urges South Africans to put away more money each month, but women have to put away much more if they hope to get the same monthly pension that their male counterparts receive.

The industry rule of thumb is that people should put 15% of their gross monthly income into retirement savings. But, if a man and a woman of the same age, each with the same salary, save 15% of their income and retire at the same time, the woman will get a smaller monthly retirement income than the man.

To get the male equivalent, experts say a woman should put away at least 20% of her monthly earnings before tax.

The underlying assumption that requires a woman to invest more to get the same monthly pension payment is that she is expected to live longer than a man.

There are other reasons: women earn less than men and have less time to save if they take time off work to have children.

According to the Sanlam benchmark survey, the average retirement age is 63 years. To retire with an income that is between 60% and 75% of what you earn at retirement, the industry advises you should save

15% of your salary (before tax). You should also start saving 40 years before you stop working.

Salary data from the research company PayScale shows, as published by businesstech.co.za this year, that in 2014 the average salary for a 23-year-old was R17 300 a month.

If rounded up to R20 000 (for ease of explanation), 40 years of diligent monthly saving of 15% (R3 000) each month should yield an investment that will pay two-thirds of monthly income. This is R13 000 a month, all values being expressed in present-day money.

Most major financial services companies offer online calculators that give rough estimates of what you need to put into retirement savings. The first input many of these calculators require is your gender.

The Sanlam online calculator suggests a man should put away R3 500, or 17.5%, of his gross salary to achieve a monthly income equivalent to R13 000 at retirement (two- thirds of his last salary).

If you simply change the gender to female, the Sanlam calculator now suggests you need to save R4 600 a month (23%) of gross income to receive the R13 000 monthly pension.

The calculations include standard industry assumptions about inflation, annual salary increases and the rate of return on the investment.

“Because women are likely to live longer after retirement, they need to save more if they want to retire at the same age,” said Sanlam Personal Finance’s Danelle van Heerde. “In the calculator, we assume that men aged 30 will, on average, live to 82, while women aged 30 will on average live to 90. This is based on Sanlam data for life cover.”

The same is illustrated when using financial services company 10X Investment’s calculator. It estimates that the recommended 15% monthly contribution will pay out R27000 a month for a man and R24 000 a month for the woman. These estimated returns are higher than industry averages because 10X Investments charges significantly lower fees.

The lump sum value underlying the payout is the same at R5-million. Niel Fourie, the public policy actuary of the Actuarial Society of South Africa, said: “As a woman, you will need to accumulate more retirement capital than your partner during your working years in order to secure the same level of retirement income for the rest of your life.”

Women tend to outlive men by five to 10 years and so should invest closer to 20% of their  pre-tax income to secure enough retirement funding capital, he said. But different research results in very different findings (See “Discrepancies in longevity data”).

From an investment perspective, Fourie said it should also be considered that women also have less time to save compared with men, because they can often lose some years of contribution if they take time off work to raise children. Women are often younger than their husbands, but opt to retire together, thus the woman loses some years of additional saving.

To exacerbate the woman’s dilemma, the pay gap in South Africa is said to be one of the highest in the world. The difference in remuneration between the genders is estimated to be 15% to 17% wide by South African Board for People Practices 2015 Women’s Report.

Michelle Acton, the principal consultant of Old Mutual Corporate Consultants, said a large part of the female workforce are single parents and so the financial pressures can be much higher.

“If there is anyone who needs financial advice and financial support, it’s women,” she said.

Birth registration statistics routinely show that more than two-thirds of the births registered do not have details of the father, according to Statistics South Africa’s data.

Male or female, saving 15% (let alone 20%) of your monthly income towards retirement is a lot to ask.

Although the treasury amended legislation governing the tax treatment of contributions to allow up to a maximum of 27.5% of an employee’s salary for their retirement provisions, the Sanlam benchmark survey shows a decline in both member and employer average contributions this year compared with last year.

Still, the survey found total provision for retirement pretty much hit the mark at 15.92% of gross income on average, and slightly down from provisions in the previous year. Employee contributions were 6.32% of salary, with employers contributing 9.6%.

Even so, the report said representatives of the retirement funds surveyed estimated that only about 20% of members have sufficient savings to maintain their current standard of living in retirement.

The mean age at which respondents began contributing to retirements savings was 25.

Twenty-eight percent said they had withdrawn money from their retirement savings during their working lives; 72% had not. Of those who had withdrawn their benefit, more than half withdrew the full benefit in cash. The majority of the cash was spent on living expenses, followed by paying off debt and for home improvements.

But 88% of respondents owned their homes and had paid them off in full. Forty-four percent said their retirement income did not allow them to maintain the standard of living they had before they retired.

“Year on year, our active member surveys have shown us the same trends — members are apathetic towards retirement and other employee benefit issues, members have low levels of financial knowledge and, as a result of these two factors, members are not making adequate provision for retirement,” the report said.

The results of the recent Sanlam benchmark research indicate that the typical employee is heavily reliant on their employer to provide their retirement funding schemes and to provide financial guidance.

The difference in life expectancy between men and women in South Africa is five to six years, according to the 2014 Rapid Mortality Surveillance report, produced by the Burden of Disease Research Unit at the South African Medical Research Council.

Debbie Bradshaw, the director of the research unit, said the surveillance system suggests that, for people who have survived to 60 years of age, the difference in life expectancy between genders narrows.

“The life expectancy for people who are 60 years old is about 16 years for males and 19 years for females,” Bradshaw said.

But an international population report by the United States Census Bureau, published in March this year, predicts a shorter life expectancy for South African women.

The report said it was expected that this trend would continue until 2050, at 64.1 years of life for a man and 62.3 years for a woman. — Lisa Steyn