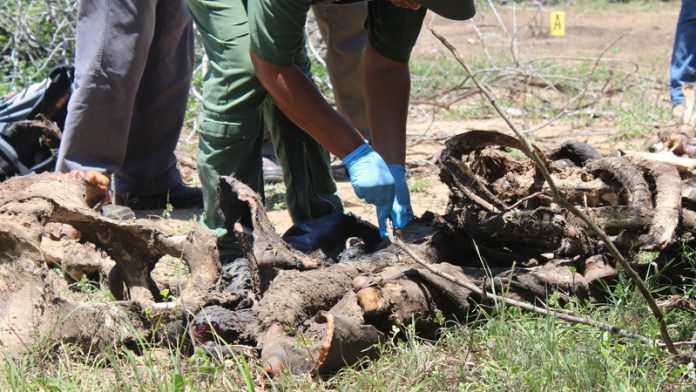 The Onderstepoort Veterinary Genetics Laboratory (VGL) at the University of Pretoria has developed a ground-breaking technique to collect and catalogue DNA from rhinos and rhino horn that could lead to more convictions for poachers and reduce rhino poaching in Southern Africa.

Known as RhODIS, or the Rhino DNA Index System, the database stores the DNA — the unique genetic ‘fingerprint’ — of every sampled rhino or horn. The database enables investigators to link poachers to crime scenes, a rhino that has been harmed or confiscated horn, along with other evidence. “The RhODIS is similar to the human DNA database used by police and the American Combined DNA Indexing System (CODIS),” explains project manager Dr Cindy Harper. “We take a tiny amount of DNA — less than 20mg of horn is needed —and this could be used as evidence in court. To date we have compiled more than 200 forensic reports based on our data, and had six successful high-profile convictions.”

As one example, the RhODIS database helped identify the origin of confiscated horn from a Vietnamese trafficker less than six weeks after the rhinoceros was poached in the Kruger National Park.

RhODIS currently holds the DNA of more than 20 000 rhinos in Africa and it’s growing rapidly. SAPS investigators, prosecutors, Green Scorpions, veterinarians and wildlife officials havebeen trained on the collection of DNA to ensure correct collection. “The collection and handling of samples for forensic investigation needs to be done meticulously in order to comply with chain-of-custody requirements,” says Harper.

Dr Cindy Harper and her team began their work in 2009, and in 2012 the South African government passed a legislation stating that all captured rhinos and horns should be sampled and sent to VGL for inclusion in the database.

Three types of sample collection kits have been created: a forensic kit for recovering DNA from poached animals; a routine kit for when a rhino is relocated, notched or undergoes any intervention; and a horn kit designed to collect DNA from recovered horn. “The database also holds DNA samples from weapons and clothing from suspected poachers; evidence that can link suspects to specific poaching incidents,” adds Harper.

Making use of tech

Working alongside the database, eRhODIS is a smartphone app that has been developed to provide guidance for users of the sampling kits to streamline collection and submission. “We wanted to ensure the data collected in the field is accurate and immediately available to the authorities,” adds Harper.

Sunday saw the top and bottom of the table decided in thrilling fashion.
Opinion

It is estimated that gold worth $1.5 billion is smuggled annually out of Zimbabwe but this is only the tip of what has led to chronic poverty
Advertising