Q&A with a vampyre: ​Garlic, stakes and sunshine are myth, but they do drink blood 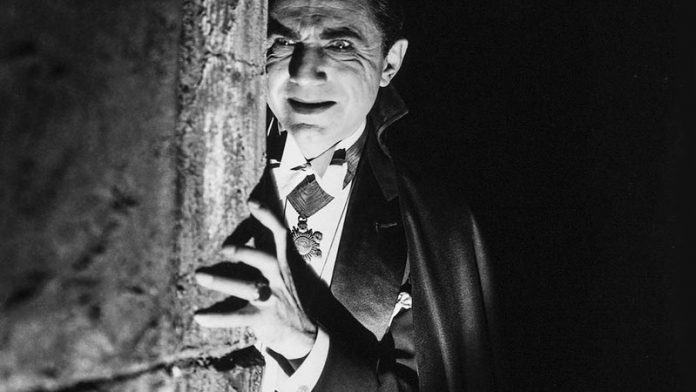 The dictionary defines a vampire as a corpse that rises nightly from its grave to drink the blood of the living and a person who preys mercilessly on others, such as a blackmailer. So obviously vampires have a bad reputation.
Real living vampyres [Valur prefers this spelling to the conventional vampires] don’t really believe they are immortal undead creatures as we see in Hollywood. Mostly, the identity of “vampire” is attractive to real living vampyres because of the similarities between us and the myth or fiction. Some of us do consume blood — some even human blood — but nowhere near the amount fictional vampires would consume.

Unlike the fiction, we don’t burst into flames in the sun. Garlic is great on pizza and a stake in the heart or beheading will kill any living creature. And I know some vamps who spend a lot of time in front of their mirrors; so much for that myth.

It has been a subject of contention in the community for decades that perhaps we should choose a different name by which to identify.

As to the negative connotations, vampyres are pretty average folks. They aren’t even all Goths. Most of the vamps and donors I know of aren’t even teenagers, they’re working adults between the ages of 20 and 60 and in a wide spectrum of career choices. Most can’t even stand the sight of blood.

How many vampires are there in South Africa?
I would estimate at least 300, that I know of.

At what age did you realise you were a vampire? And do other vampires experience being one as innate or do they somehow stumble upon the fact?
In our experience, most vampyres undergo what we call “awakening”, which occurs at the onset of puberty, although it can happen later. This is the period in which the vampyre experiences a hunger that is not satisfied by food. It can also be marked by ill health, depression and emotional trauma.

As many of us are not in touch with others like us at this crucial time, the young vampyre will generally not understand what this experience means and could, for various reasons, reject it and become despondent.

This was the case with me. I was 12 or 13 the first time I experienced the hunger and because of my then religious upbringing, I became afraid of what it could mean. I suppressed it for many years, enduring depression and bouts of general poor health. It was only in my 30s that I encountered the community and discovered what I was. I began to feed at that time and suddenly, for the first time in my life, I was completely healthy in every aspect.

How did your parents or significant others react when you informed them? Was there strife in coming out of the closet, or coffin, as it were?
Since I came to understand what I am, every partner I’ve had has been informed of what I am and what I need and, typically, these partners become my donors. Some vamps are more open than others, and this does depend on their circumstances.

When we come out to people, we need to gauge whether they are able to handle this information responsibly and if our trust in them is justified. Other than extremely close friends in and out of the community, I am still “in the coffin”, as some call it.

Presumably vampires come from all walks of life?
Yes, they do. I’ve had the pleasure of interacting with vampyres in diverse fields, including biochemists, historians, politicians, law enforcement, the military, paramedics, legal aid, human rights advocates, doctors, nurses, clerks, DJs, scientists, pastors, check-out clerks, musicians, banktellers, bus drivers, media reporters … There is no specific demographic if you want to pin us down as a stereotype. You might as well try to trace all the diabetics in the world by looking at what music people listen to.

In our experience, regardless of the feeding method, the symptoms of underfeeding or starvation are similar.

Some have suggested that there is something in blood that is addictive, like a drug, which could affect vampyres. Except there is no such chemical substance in blood and the effects of a feed can last up to two or even three weeks at a time. And how could a vampyre who has never experienced a blood feed already be “addicted” to it? There is something in the blood though — if it is alive — and the answer to that is life. Life energy.

What would you say to someone who says it’s a psychosis?
It’s difficult to explain to people who are either uninformed about vampyres or who are closed-minded and will not accept new information. I would provide them with a comparison between thinking “vampyrism is a psychosis” and someone from our time trying to explain to someone from the Middle Ages why a person with epilepsy is not possessed by demons.

What is the blood intake of the average vampire?
The “average vampyre” is not a sanguine — sangs tend to be a minority in the community as there are far more psychic vampyres than sangs. For most sangs, it averages around a tablespoonful every week or two.

Would the blood of animals suffice?
Some get their blood through hunting or fishing, or, in the case of farmers, from animals in their charge. Some obtain fresh blood from abattoirs or from prepacked meat. Although this last option is not ideal and is significantly low in energy, it does work.

Are there people who seek out vampires to offer them their blood?
There are, but these often tend to be unstable personality types who, more often than not, beg us to “turn” them into vampires. This is not possible and we tend to ignore them.

Are the hosts bitten or are other means used to extract blood?
No, biting would cause too much damage to the donor. No matter how the blood is drawn, the method of extraction and the amount is agreed on before the time by the donor and the vampyre. Some prefer the use of pins, others prefer razor blades, needles or other implements.

What precautions are taken by the vampire and human host to prevent possible infections and related matters of hygiene?
Community safety standards recommend the donor and vampyre undergo testing for sexually transmitted diseases (including HIV) before embarking on their relationship. If there is to be any kind of wound to extract blood, the use of sterile instruments, antiseptic swabs and sticking plasters, etc is generally recommended. Common sense areas of the body are cautioned against for injuries, such as the neck especially.

Is that relationship one of domination?
You could find the majority of vampyres and donors would meet at home after a regular day’s work, and after the weekly feed, settle down to a romantic dinner and spend the evening watching videos. Although there are many in the vampyre community who are part of the bondage, domination, sadism and masochism culture, it is not the norm.

Is there a sexual aspect to vampirism?
Yes, there is definitely a sensual side to the act of feeding, be it psy or sanguine, although this depends on the relationship between the vampyre and the donor. Some vampyres prefer to take the blood directly from the skin of the donor, but there are those (myself included) who prefer to avoid physical contact with donors when feeding.

It should be emphasised that the act of feeding is not about sensuality or sexuality. It is not part of a fetish. The act is at the root of the matter, an end unto itself.

Have the police or any Christian (or other) church organisations ever harassed Sava?
Sava has interacted with at least one member of the South African Police Service’s occult-related crimes unit and indications were that, as long as no crimes were committed by members of our community in the context of vampyrism, they would not harass us.

There is a Christian ministry somewhere in South Africa that has a document on its website warning about the Vampyre subculture, but it is almost completely based on Stephenie Meyer’s Twilight novel series. Of course, anyone who reads it will get a completely skewed idea. And if they believed the contents of that document, would probably get hysterical if their children came home wearing black T-shirts or listening to Soulidium.

What would you say to someone opposed to your lifestyle?
I’d say: “Mind your own business.”

Do vampires gravitate towards one sort of affiliation or is it more broad than that?
The organisation is secular and religion plays no part in it. According to a poll on religious affiliations in the South African vampyre community conducted in 2013, the highest number of participants identified as pagan, with Christianity scoring second place, followed by various other esoteric religions in notably smaller numbers. Satanism came in second-last with only one response out of 22 participants.