​Government’s economic plans all sound the same. We need a socioeconomic overhaul 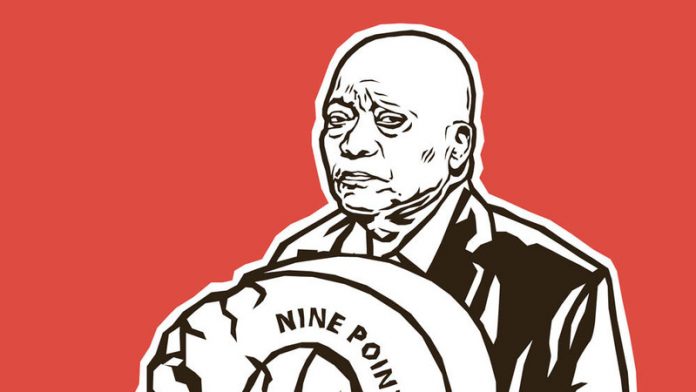 The early 1990s were tricky, a fact that is easily forgotten. The fall of the Berlin Wall had major implications for many, if not all, political economies around the world. Market fundamentalism, driven by the imperialist United States, became the order of the day. The experiments with socialist or communist economic policies ended abruptly.

Africa in particular was forced to implement structural adjustment programmes associated with the Washington consensus, a “consensus” of the Bretton Woods institutions – the World Bank, the International Monetary Fund and the World Trade Organisation – that governments must not interfere in the economy. As such, development – understood as the inclusive socioeconomic advancement of wellbeing – fell off the agenda. The “war” unleashed by structural adjustment programmes meant development had to take a backseat.

South Africa, as a new politically independent country, attempted to navigate the complex geopolitical and global economic situation of the 1990s. The political settlement took place against the backdrop of the triumph of the free market dogma, which imposed an ideology that said “there is no alternative to the market”.

It is therefore not surprising that we ended up with the kind of political settlement South Africa embraced and with the government of national unity, which had its own implications for the development programme. Imperfect as the settlement was, it was a basis for beginning transformation. To blame are the policies pursued, particularly after stabilising the economy in the late 1990s.

The Reconstruction and Development Programme (RDP) unveiled in 1994 was a mechanism to place development firmly on the agenda of post-apartheid South Africa, to kick off transformation. The 1992 Ready to Govern discussion document had surveyed the terrain and gave an indication of what the ANC would do once in power.

Understandably, in the early years of the democratic dispensation, the focus was on reconciliation, which, as recent events show, has not been effective. Then the economy took centre stage.

Among the less spoken about realities of the early 1990s is that the National Party government had bankrupted the state. Public enterprises, for instance, were in huge debt, which meant the country was in debt. It made sense to privatise some of the state-owned enterprises.

Perhaps the most fundamental question we should be confronting is: What has happened with the political economy of South Africa since 1994? Inevitably, we must also discuss what can be done to ensure inclusive growth and development.

I am reminded of our discussions in government shortly before Thabo Mbeki was recalled as president. There was a sense that we had put mechanisms and the foundation for a “take off” firmly in place. We just needed to push a few levers as we strengthened the capacities for long-range planning, as well as monitoring and evaluation, to set in motion sustainable inclusive development.

That foundation appears to have been shaken, if not completely obliterated.

Although the problem with the economy started in about 2008, the poor management of public finances and delays in policy reforms have plunged the economy into recession. The global economic crisis has made our economic situation more difficult, but the crisis is not to blame for the recession. Many economies that were affected by the crisis are returning to economic performance levels seen before the global crisis. Nigeria and Egypt have overtaken us because of the mismanagement of our economy.

Also, although a step in the right direction, the National Development Plan (NDP) falls short in many instances, at least in so far as what really needs to be done where the economy is concerned. The so-called radical economic transformation, Nine Point Plan and the NDP in effect say the same things that have been said since 1994. Even the New Growth Path replicates many of the things that have been said before and has not brought about the much-needed inclusive growth.

Among the main points is that, just as the political economy of apartheid South Africa was a compromise between the global capital owned by the minority white and Afrikaner population, the post-apartheid political economy is also a compromise between the African majority, ruling ANC and the white minority, which holds greater power in financial capital. In other words, even though the economy has undergone some restructuring with the transition to democracy, nothing much has changed.

In addition, I argue that the hegemony of global capitalism and the skewed distribution of power globally may be limiting the capacity of the post-apartheid dispensation to foster inclusive development in South Africa, as is happening in most of the developing world. But policies and reforms can go a long way.

The book problematises the notion of a South African “nation”. It wrestles with issues in the context of a “democratic developmental state”. We are drifting further away from becoming a developmental state, and the failure of reconciliation and nation-building, as well as poor socioeconomic transformation and high racial inequality, imply that we are far from becoming a nation.

In conclusion, a proper understanding of the political economy of post-apartheid South Africa must inform the answer to the question of what is to be done to at least get back to the levels of economic performance of the Mbeki era. As for inclusive development, public policies – especially when economic and social policies are linked accordingly and a proper policy mix is secured – can play a big role, even in the context of the hegemony of global capital.

In the main though, South Africa requires a profound restructuring of state-capital relations, if not the complete restructuring of society itself, if the ideals for which many sacrificed their lives are to be made reality. To move South Africa forward, among other fundamental initiatives, a (new) consensus about the economy is overdue.

Professor Vusi Gumede is the head of the Thabo Mbeki African Leadership Institute at Unisa.

Vusi Gumede
Vusi Gumede worked for the South African government in various capacities and in different departments for 12 years. He has been an academic since 2010. He has held various professorships, fellowships and editorships in and outside South Africa. He is currently a Dean for the Faculty of Economics, Development and Business Sciences at the University of Mpumalanga in South Africa. He holds various qualifications, including a PhD in Economics that he completed in 2003 at the University of Natal. He has published 15 books and over 50 journal articles and book chapters. He has supervised to completion over 20 Masters and Doctoral students as well as undertaken various research projects for institutions in and outside South Africa. He serves in various committees, including the Presidential Economic Advisory Council in South Africa, the International Advisory Board of the Southern African Institute for Policy and Research, the National Council of the South African Association of Political Studies and the Pan-African Federalist Movement.
Facebook
Twitter
WhatsApp
Linkedin