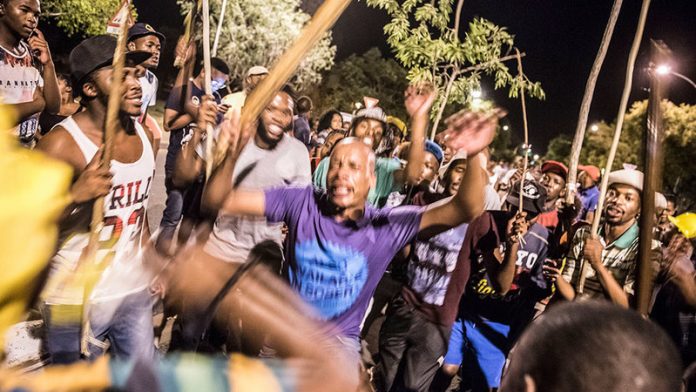 UPDATE: The University of the Free State, on July 22, has announced that it intends to appeal the high court ruling.

Afrikaans will remain as the medium of instruction at the University of Free State after the Bloemfontein High Court ruled in favour of civil rights group AfriForum to stop the proposed change to the university’s language policy. On Thursday, the pro-Afrikaans lobby group won its bid to keep the university from changing the language of instruction to English.

Speaking to the Mail and Guardian, AfriForum deputy chief executive Alana Bailey said they were happy with the judgment and it showed the importance of mother-tongue education and how it should be prioritised.

“We are elated about the judgment because it underlies the language rights of South Africans – and not just for Afrikaans-speaking students.”

In March, the university announced that English would be the primary medium of instruction at undergraduate and postgraduate level across all its campuses.

AfriForum challenged this decision and argued that by removing Afrikaans as a medium of instruction the university was violating the Constitution.

Bloemfontein has a high population of Afrikaans-speaking people, Bailey added. It is only fair that students at the university are given the opportunity to learn in Afrikaans.

“We advocate for the right to learn in your mother language; however, we focus on Afrikaans as that is our constituency. We more than welcome anyone else to stand up for their language.”

Possible appeal
Afriforum is willing to go back to court if the university decides to appeal the judgment. In the meantime, the civil rights group will study the judgment carefully in order to challenge other universities such as Stellenbosch University and University of Pretoria.

Lindokuhle Ntuli, the University of the Free State’s student representative council’s president, believes that the university should challenge the high court ruling.

“We want an institution that uses English as the primary medium of instruction. The SRC will be putting pressure on the university not to abide by the ruling.”

The SRC will be meeting with the university on Thursday afternoon to discuss a way forward, Ntuli said.

“If needs be, then we will protest but we can only hope the university appeals this judgment and sticks by the decision they made in March.”

The university, meanwhile, has said it has received the judgment and will consider what action to take. “The University of the Free State takes cognisance of the decision of the high court in Bloemfontein in respect of the AfriForum case regarding its new Language Policy. The judgment has just been received and is being studied by the university’s legal teams. A decision will be announced shortly on the next steps to be taken by the UFS in respect of the findings of the high court.”