Syrian man kills himself, injures 12 others in blast outside German music festival 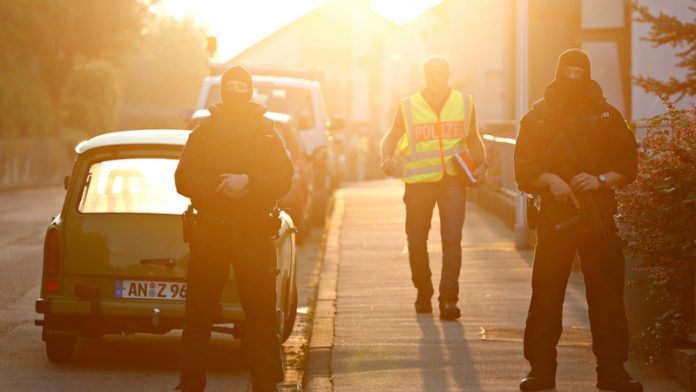 A 27-year-old Syrian man denied asylum in Germany a year ago died on Sunday when he set off a bomb outside a crowded music festival in Bavaria, the fourth violent attack in Germany in less than a week, a senior Bavarian state official said.

Police said 12 people were wounded, including three seriously, in the attack in Ansbach, a small town of 40 000 people southwest of Nuremberg that is also home to a US Army base.

The incident will fuel growing public unease surrounding Chancellor Angela Merkel’s open-door refugee policy, under which more than a million migrants have entered Germany over the past year, many fleeing wars in Afghanistan, Syria and Iraq.

“It’s terrible … that someone who came into our country to seek shelter has now committed such a heinous act and injured a large number of people who are at home here, some seriously,” Bavarian Interior Minister Joachim Herrmann told reporters at a hastily convened news conference early on Monday.

“It’s a further, horrific attack that will increase the already growing security concerns of our citizens. We must do everything possible to prevent the spread of such violence in our country by people who came here to ask for asylum,” he said.

Herrmann said it was unclear if the man, who arrived in Germany two years ago and tried to commit suicide twice before, had planned to kill only himself or “take others with him into death”.

It was the fourth violent incident in Germany in a week, including the killing of nine people by an 18-year-old Iranian-German gunman in Munich on Friday.

Explosives, metal parts
Hermann said the man, whose identity has not yet been released, had been living in Ansbach for some time. Although his application for asylum had been denied, he was not in danger of being deported immediately given the civil war raging in Syria.

He said he could not exclude the possibility of an Islamist-inspired attack, noting the man’s backpack was filled with explosives and metal parts that would have been sufficient to kill more people. He said investigators would work tirelessly to investigate the attack and fully understand the man’s motives.

One US intelligence official, speaking on condition of anonymity, said investigators would focus on what the bomber was doing before he left Syria, why he was denied asylum, and whether the attempted attack was personal or political.

Herrmann said the man had apparently been denied entry to the Ansbach Open music festival shortly before the explosion, which happened outside a restaurant called Eugens Weinstube.

More than 2 000 people were evacuated from the festival after the explosion, police said. A large area around the blast site remained blocked off hours later.

Ansbach resident Thomas Debinski said people panicked when they heard the explosion, especially after the events of the past week.

“Suddenly you heard a loud, a really loud bang, it was like an exploding sound, definitely an explosion,” he said. “(People were) definitely panicking.”

Debinski said it soon became clear that someone had set off a bomb in a rucksack.

Earlier on Sunday, a 21-year-old Syrian refugee was arrested after killing a pregnant woman and wounding two people with a machete in the southwestern city of Reutlingen, near Stuttgart.

“After what just happened in Munich, and today in Reutlingen, what you hear about, it is very disturbing, when you know that such a thing can happen so close to you, in such a small town as Ansbach,” Debinski said.

A refugee from Pakistan wielding an axe wounded five people near Wuerzbuerg, also in southern Germany, before he was shot dead by police a week ago.

Police said neither Sunday’s machete attack nor Friday’s shooting in Munich bore any sign of connections with Islamic State or other militant groups.