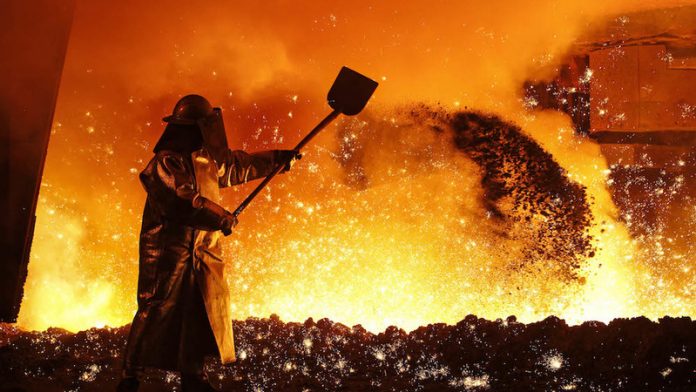 Wow, a lot is happening with steel in the trade protection space, with potentially far-reaching implications for the whole country.

Last year the South African Iron and Steel Institute, as well as ArcelorMittal and Highveld Steel (when it was still a going concern), applied to the International Trade and Administration Commission (Itac) for a duty increase to the bound rate (the maximum allowable duty rate) for a wide range of steel products. This is 10% for most forms of primary steel.

Being understandably wary of how ArcelorMittal, the sole remaining South African producer of steel, would react, given the space that the duty increases provide for raising prices, the government decided to create a price monitoring committee.

It’s all very communist and so far largely ineffective, as ArcelorMittal thumped through price increases of more than 40% before the committee even got off the ground.

The downstream industry, seeing the effect of the duty increases when it has only one local supplier, became understandably nervous.

The problem with increasing duties as far upstream as primary steel in just about every form imaginable is that the downstream industry suddenly becomes vulnerable to import competition – and this is exactly what happened.

Duties and prices of steel have gone up and imports of downstream products have, predictably, also picked up.

While all of this was going on, Itac, at the behest of ArcelorMittal, kicked off a safeguard investigation. If normal duty increases are the handgun of trade warfare, then safeguards are the nuclear option.

Designed to offset a sudden, sharp surge in imports that threaten an industry, there is no upper limit on how large safeguard duties can be. They can also take the form of a quota or a combination of both quota and duty.

This is textbook stuff and if it had been almost any other industry we would have seen a very large duty. Not here, though. Itac is holding public hearings at the end of August to look at whether a safeguard duty on hot-rolled steel would be in the public interest.

If you are affected by this investigation and wish to say your piece, then you have until August 5 to notify Itac of your intention to present your views.

But wait: there’s more. Last Friday, Itac kicked off a tariff review of the downstream steel industry. This is the biggest industry review we have seen in 15 years and covers import trade worth R23-billion for the period June 2015 to May 2016.

Of these imports, R7.3-billion cannot have their duties increased any further because they are already at the bound rate.

Most of these imports are from trade agreement countries in the European Union and to a lesser degree the Southern African Development Community, and so are immune from duties anyway. There is a possibility of reducing these, although I don’t think that is the point of the review.

Looking more closely at the data, there are some worrying trends, with some products seeing import volume increases of almost 300% from 2013 to 2016, with average prices dropping by 24% for the same period.

Given that the rand has depreciated more than 30% to the dollar over that period, that is a considerable drop in price and is a strong indicator that dumping may be happening.

A surge of such a magnitude may be grounds for a safeguard as well as an anti-dumping action and, given that the products are a lot further downstream, there is a far greater prospect of success.

Any such action would also benefit ArcelorMittal as it would presumably sell more of its steel downstream if the import competition is curbed. Anyone affected by this review has until August 19 to respond.

Where will all of this end? Who knows. We do know that ArcelorMittal submitted five safeguard applications and only one was initiated, so there may still be more to come.

No matter what the outcome of the review and the safeguard actions are, it is certain to change the industrial landscape in South Africa.

Donald MacKay is director of XA Trade Advisors. He blogs at xa.co.za/blog

South Africa should care about the US-China trade turf

Just how representative is the steel industry, when downstream players suffer?