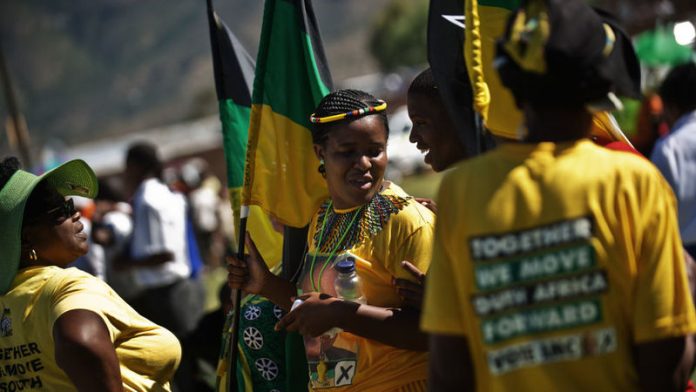 GENDER PARITY
Despite a 3% increase in women candidates fielded by political parties for the local elections, it seems inevitable that South Africa will fail to make significant progress in meeting its pledged commitment to the 50/50 principle. At best, South Africa is likely to stagnate, at worst to regress, in the August 3 polls.

This raises once again the question of whether gender equality, a fundamental value of the Constitution, can be left to the whims of political parties. With Gender Links’s analysis of party manifestos revealing limited understanding of, or willingness to, tackle obstacles to women’s substantive equality, such a course of action would clearly work against the gender equality gains made thus far.

In both elections, Gender Links drew a correlation between the decline in the ruling ANC electoral majority and the reduction in the proportion of women. The ANC is the only party to have adopted a voluntary 50% quota for women’s representation.

This, coupled with the PR system, has been powerful for increasing women’s political representation since democracy in 1994. Following the national elections, the Independent Electoral Commission (IEC) pledged to make available sex disaggregated data that would have made it possible to predict to within a percentage point the likely outcomes in women’s representation in municipal councils.

With this data not forthcoming, what can be gleaned from party lists, certified by the IEC and captured on its website, is that among the 61014 candidates fielded by 200 political parties for the August 3 municipal elections, about 60% of these are male and 40% are female. Gender disparities emerge, however, when examining party PR lists, as opposed to ward candidates.

In their nomination of candidates for party lists, it would appear that political parties have heeded international commitments to promoting 50% of women’s participation in leadership positions, and South Africa’s constitutional framework for gender equality.

Here, parties overall have put forward 52% male candidates and 48% female candidates. In the absence of a mandatory 50% quota system, it is up to political parties to adopt measures voluntarily to ensure women’s equal political representation.

With only the ANC having adopted such a mechanism, and further committing to applying this in a “zebra stripe” fashion, namely alternatively listing male and female candidates, there is no guarantee that the 48% women candidates will win.

Past trends have shown other parties do apply the 50/50 principle to the top end of their lists, resulting in many women missing the cutoff point when these seats are allocated.

Equally, analysis of outcomes of previous municipal elections reveals that gains in women perform better in the PR than ward elections where the rough-and-tumble of party politics is hostile to newcomers. In 2000, women comprised 38% of PR lists and 17% of ward seats.

By all accounts, 50/50 won’t be achieved in the ward seats. There are fewer women than men contesting. In the last local elections, even though the ANC fielded nearly half women candidates in the ward seats, less than a third won. Ironically, the Democratic Alliance won a higher proportion of women’s seats in the ward than PR elections, using this to argue against quotas, and in favour of its so-called merit principle.

Neither of the two main parties has made gender an issue in this election. It is unlikely that there will be spectacular results from either in the ward seats. Gender Links’s prediction, in the absence of data by party for ward and list seats, is that South Africa will, at best, remain static at 38%; at worst, it will regress by a few percentage points.

This flies in the face of South Africa’s commitment to gender parity as enshrined in the South African Development Community (SADC) Protocol on Gender and Development; Beijing Plus Twenty, the sustainable development goals and the African Union’s Agenda 2063.

Once a shining beacon of hope in SADC and globally, South Africa’s star role in promoting women’s political participation is waning. The country is now third in the region with regard to women in Parliament (after Seychelles and Namibia), and in local government after Lesotho and Namibia.

The lesson from Lesotho, which has 49% women in local government, is pertinent. It is the region’s only country to come close to gender parity in any area of decision-making because of a legislated quota.

All South African political parties argue that this should be left to voluntary party quotas. The Commission for Gender Equality, the South African Local Government Association’s Women’s Commission and Gender Links have argued that the issue is too important to leave to their whims.

Barring a miracle, that call will have to go out more forcefully after the August 3 elections.