Meet the Greening the Future judges of 2016, all committed to a greener planet 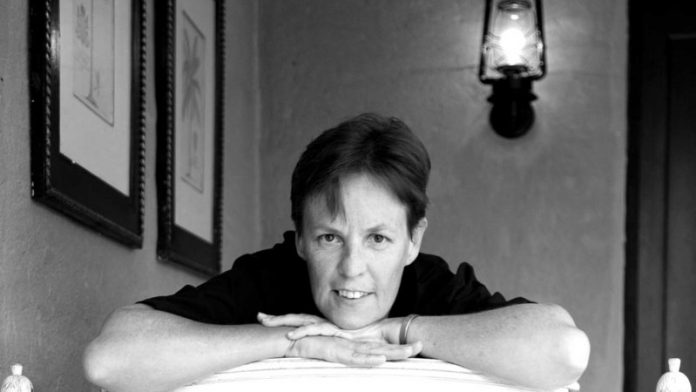 Dr Crispian Olver is founder and chief executive of Linkd Environmental Services, a Johannesburg-based public policy and research company. He has been actively involved in developing climate policy in South Africa.

From 1999 to 2005 he was director general at the department of environmental affairs and tourism, initiating most of the current environmental legislation in South Africa. Prior to this, he was deputy director general in charge of local government in the department of constitutional development, and chief director for the reconstruction and development programme in the Office of the President.

Fiona Macleod is editor of the Greening the Future supplement. She is the founding editor of Oxpeckers Investigative Environmental Journalism, and a finalist in the 2016 CNN Multichoice African Journalist of the Year Awards. Prior to founding Oxpeckers, Macleod served as environmental editor at the Mail & Guardian newspaper for 10 years, and was awarded the prestigious Nick Steele award recognising her contributions to environmental conservation through her pioneering reportage.

Macleod has served on the judging panel of the eta Awards, which reward energy efficiency, the SANParks Kudu Awards and The Green Trust awards.

Chesney Bradshaw is head of sustainability at ABB South Africa. He has worked as a sustainability manager for more than 10 years with a focus on occupational health and safety, environment, energy efficiency, community investment and business continuity in industry.

Irvin Damon is an energy entrepreneur and energy intelligence specialist with extensive experience in green business and eco-entrepreneurship. He is a fan of gamification, as well as being an eco-lifestyle broadcast media creator. Damon is currently working with Eldo Energy in the smart energy sector.

Rosemary Noge started her corporate career at Gold Fields and spent the better part of 10 years there working in the area of sustainability. She has spent the past seven years as a social entrepreneur, sourcing and supplying local South African products to the corporate market. Noge is the owner of Bloom a Gift from Nature, and is the owner and marketing director for Emfuleni Voerkrale, a sheep feedlot business in the Free State.

Joanne Yawitch has been the chief executive of the National Business Initiative (NBI) since March 2011, having previously been deputy director general for climate change in the department of environmental affairs. She worked for the Gauteng department of environment from 1997 to 2004 and prior to that was special adviser to the minister of land affairs.

Yawitch is the chairperson of the board of directors of South African National Parks and is a director of the National Research Foundation (NRF).

Dr Andrew Kaniki is executive director of the knowledge fields development directorate at the NRF. The directorate is responsible for research funding of basic research in all fields and support for the related human capacity development. Prior to taking up this post, he was executive director for knowledge management and strategy at the NRF from November 2002 to June 2008. He was president of the Southern African Research & Innovation Management Association from 2003 to 2005.

Karin Ireton is a non-executive director and an international sustainability consultant who previously held executive sustainability roles at Standard Bank and Anglo American. Her focus is on guiding companies and boards on strategic risk and opportunity in the environmental, social, governance, energy and climate change fields. She chairs the Institute of Directors’ sustainable development forum and serves on South Africa’s Integrated Reporting Committee. She chaired the Global Reporting Initiative’s international stakeholder council from 2009-2013 and serves on the advisory panel of the Arabian Sharaka initiative and the Arabia CSR Awards jury panel.

Deon Robbertze has worked with business, government, nongovernmental organisations and international bodies like the UN. Robbertze is the managing partner and programme director for Sustainable Brands in Africa, programme director for the Green Building Council of South Africa and an Al Gore Climate Reality Mentor. He is a passionate believer in regeneration and innovation that can empower a resilient, adaptable Africa that can deliver enough for all, forever. Since 2012, he has run a bespoke sustainability communications agency called The Change Agent Collective.