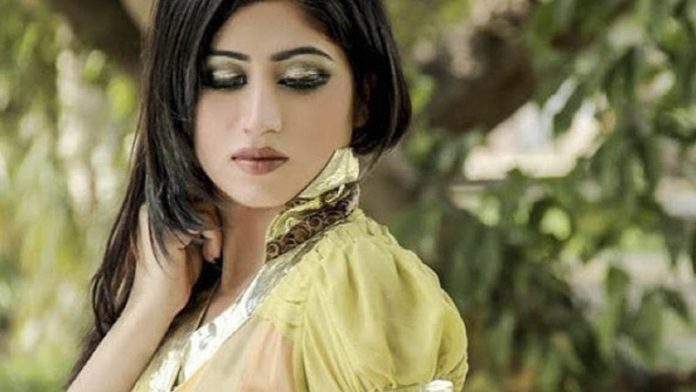 The mother of a Pakistani celebrity murdered in an “honour” killing said her son strangled his sister after being taunted by his friends over her behaviour.

The death earlier this month of starlet Fouzia Azeem, better known as Qandeel Baloch, who shot to fame for her provocative selfies and videos in the conservative Muslim country, shone a spotlight on such killings and reignited calls for legislative action to curb the crime.

Baloch’s mother, Anwar Wai, who lives in the village of Shah Sadar Din, wept as she recalled the shocking killing by her son, Muhammad Wasim.

“He killed my daughter after being taunted by his friends. They would infuriate him and tell him she is bringing you dishonour,” she said, surrounded by her husband and her other son and daughter.

The desperately poor family, who live in a three-room house with mud for flooring, said they depended on Baloch financially and did not know how they would cope without her. Baloch supported about a dozen relatives.

“She was an amazing daughter. I have no words that do her justice, and she took care of us much more than our sons, including financially,” she said, adding the family was being put up in a house that Baloch had in Multan.

“She would phone us four or five times a day. If she wasn’t able to call one day, she would tell us: ‘I’m sorry, I was working’, ” said the distraught mother.

Last week Pakistan’s law minister announced that legislation aimed at tackling “honour” killings and boosting rape convictions would soon be voted on by Parliament, after mounting pressure to tackle a crime that claims about 1 000 lives a year.

The perpetrators of “honour” killings – in which the victim, normally a woman, is killed by a relative – often walk free because they can seek forgiveness for the crime from another family member.

Some of Baloch’s more notorious acts included offering to perform a striptease for the Pakistani cricket team, and donning a plunging scarlet dress on Valentine’s Day.

She also posed for selfies with a high-profile mullah in an incident that saw him swiftly rebuked by the country’s religious affairs ministry.

Initially dismissed as a Kim Kardashian-like figure, she was seen by some as empowered in a country where women have fought for their rights for decades. – AFP