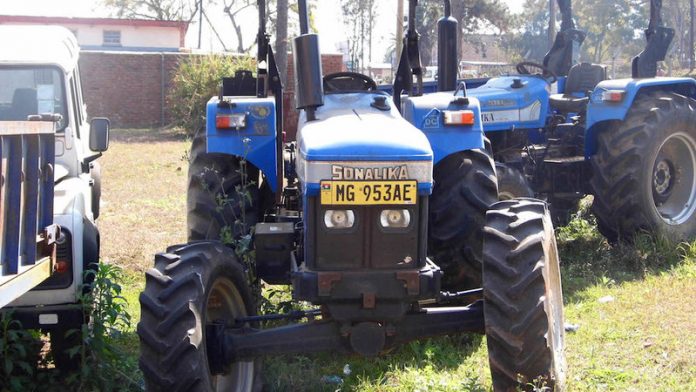 Malawi’s ombud, Martha Chimuza-Mwagonde, says she has received death threats because she is investigating graft in the government’s Green Belt Initiative, set up to buffer millions of peasant farmers from drought.

At issue is how 177 tractors and 144 maize shellers for small farmers were snapped up at nominal prices by government officials. It is alleged the sale was disguised as a routine auction of government equipment.

In March, the Malawi Broadcasting Corporation quoted former agriculture minister Allan Chiyembekeza as saying that the sale of the equipment followed normal tender procedures and that interested individuals or groups submitted bids.

“Evaluation of the bids was done by officers from different ministries and departments to ensure transparency. All bidders that met the set criteria were offered the opportunity to buy the machinery,” Chiyembekeza said.

The government has not explained why the equipment was sold instead of being handed over to farmers.

Asked again this week, permanent secretary in the agriculture ministry Erica Maganga said: “The issue is being handled by the office of the ombudsman and we have provided all the necessary information regarding the sale of the tractors and other equipment. I would like to request you to be patient and wait for the outcome of the report by the ombudsman.”

An alleged beneficiary is Bineth Farm in Zimbabwe, which is owned by the family of former Malawi president Bingu wa Mutharika. Another is Foreign Affairs and International Co-operation Minister Francis Kasaila, who is also the spin doctor for the ruling Democratic Progressive Party (DPP).

A third is speaker of Parliament Richard Msowoya. Private firms such as Mulli Brothers Holdings, which has ties with the DPP, are also alleged beneficiaries. Other names will be revealed when the ombud delivers her report to the parliamentary speaker that she is investigating.

The tractors and shellers were part of a $50-million (R695m) development scheme in the central district of Salima, funded by a loan from the Export-Import Bank of India (Exim Bank).

A sugar mill and irrigation scheme for small sugar cane producers, who would feed the factory, were part of the planned scheme.

The equipment is lying largely idle and damaged by vandals. The mill was built but is underutilised because the farmers cannot produce enough sugar cane.

The sale of the tractors contributed to the failure of the scheme, as well as the fact that peasant farmers lack sufficient land and expertise for commercial cane production.

Ombud Chizuma-Mwangonde put the issue on the national agenda in May this year when she wrote to the ministry of agriculture and food security, demanding answers about the sale.

“The loan [from Exim Bank] was intended to purchase various machinery and equipment, including tractors, to be used by smallholder farmers in rural areas for the purposes of mechanising their agricultural operations,” she wrote.

“It is alleged that these tractors have not reached the intended beneficiaries. It is further alleged that [they] have been sold to senior public officers, contrary to the justification put before the National Assembly when the loan authorisation was being debated and authority sought.”

The ombud said that since initiating the inquiry, she has received what she has taken to be death threats. “I’ve been told on many occasions by different people that ‘I need to take care of myself’,” she told the Centre for Investigative Journalism Malawi.

She did not say whether she has reported the threats or beefed up her security.

The risks are real. Last year the second-in-command of Malawi’s AntiCorruption Bureau, Issa Njauju, was murdered, allegedly in connection with the Cashgate scandal. No one has been arrested for the murder.

The ambitious Green Belt project aimed to put about a million hectares of farmland under irrigation and improve food security for peasant farmers, who make up 70% of the population.

But alarm bells started ringing when the Reserve Bank of India authorised Exim Bank in April 2013 to lend the Malawian government $76.5-million to buy a plant and machinery for the project. Malawi’s Parliament had authorised the government three years earlier to borrow only $50-million.

Parliament’s public accounts committee called last week for state organs, including the AntiCorruption Bureau, the auditor general, the Reserve Bank of Malawi and the Financial Intelligence Unit, to investigate what had happened to the $26.5-million discrepancy. “This money might have been siphoned to offshore accounts or split among greedy politicians,” said committee deputy chairperson Kamlepo Kalua.

The Malawi Hansard of December 2010 quotes former minister of finance Ken Kandodo as drumming up support for the enactment of the Export-Import Bank of India Line of Credit Loan Authorisation Bill. Kandodo said the loan would be repaid over 20 years.

Under section 20 of the Malawi Constitution, the ombud has the power to investigate alleged injustice, abuse of power or unfair treatment by any government employee.

“We can reverse decisions. If we find corruption we can ask the AntiCorruption Bureau or the director of prosecution to prosecute. If people don’t abide by our directive we can approach the courts with contempt proceedings,” said Chizuma-Mwangonde.

But she added that dealing with government departments “is not easy. From my experience I would put compliance at 50/50. No wonder my predecessors decided to simply let sleeping dogs lie.”

A hurdle the ombud faces in investigating the sugar mill debacle is the Ombudsman Act, which stipulates that the high court can review her office’s decisions.

“However, until the disgruntled party approaches the courts for that review our directives remain enforceable under the law. The next two weeks will be very telling on what remedies we may order,” she said.

“Our children and their children will continue to live in poverty because we allowed our government to cheat us and borrow in the name of Green Belt Initiative, while diverting the money to personal use. And they got away with it,” Kachaje said.