Huge upset as DA snatches Beaufort West away from the ANC 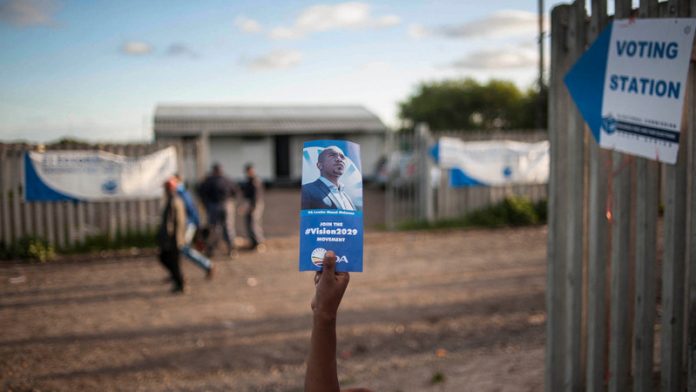 South Africa’s oldest municipality – and Western Cape ANC stronghold – has fallen to the DA, with that party continuing its strong run in the province.

This is according to provisional IEC results, with 100% of the vote counted.

Just over 60% of eligible voters cast a vote in Wednesday’s election.

The change comes as a big upset for the ANC, as Beaufort West has traditionally been a stronghold for the ANC in a mostly DA province. In 2011 it was its only outright majority that the party enjoyed in the Western Cape. Much of this has been due to its mayor, Truman Prince.

In April the then beleaguered mayor issued a challenge to opposition parties, saying: “Take me on at the polls on August 3, but be advised that should you harm my brand, you’ll get it.”

This came after a local traffic official and an opposition councilor accused him of roughing them up.

Beaufort West is geographically symbolic, as the furthest municipality from the DA’s stronghold of Cape Town. The three Cape provinces also meet at the town, which serves as a hub for local farming. Much of its economy depends on the N1 highway, which passes through the town.

Statistics South Africa says that a quarter of the municipality’s nearly 50 000 residents are unemployed. The youth unemployment rate is 35%.

It is also the country’s oldest municipality, having been proclaimed in 1837.