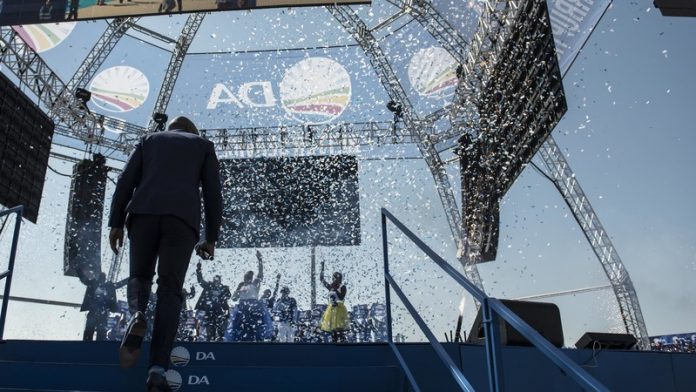 “We’re quite excited that in Nelson Mandela Bay we will be the largest party there,” Maimane said.

“The projections are still early, we’ll make sure that the final figures confirm that.”

However, ANC secretary general Gwede Mantashe spoke to journalists almost immediately after Maimane made the announcement, saying the ANC will lodge a complaint that ballots were dumped.

So far, 90% of the vote has been calculated in the Nelson Mandela Bay metro, with the DA winning 47% of the vote and the ANC currently at 42%.

“We’ve put out a message of change and voters in Nelson Mandela Bay have come and have heard us,” Maimane said.

“We’ve grown in many communities and I’m personally excited about it.”

The DA leader predicted that the party will win 47% of the vote as the final result and that would mean that “we would have to work with someone”.