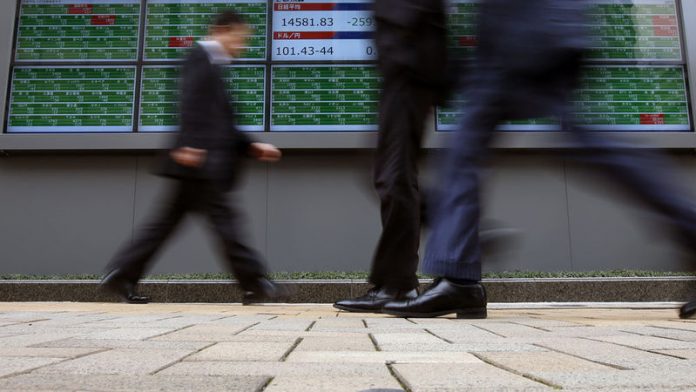 The rand strengthened to a nine-month high against the dollar to lead global currency gains as results from South African local-government elections showed a swing toward the main opposition.

The currency also gained to the highest since April last year against the pound as the Bank of England cut its main lending rate to the lowest on record as it tries to support the U.K. economy against fallout from Brexit. The move is likely to drive investors to high-yielding emerging market assets, such as South Africa’s bonds.

The rand outperformed its peers as orderly elections for municipal leaders held on Wednesday boosted sentiment toward South Africa. Early counting showed the governing African National Congress trailing the Democratic Alliance in the country’s financial hub and biggest city of Johannesburg, and in the capital, Pretoria, even as the ANC leads the overall national vote.

“The search for global yields is continuing and the rand has been a major benefactor of it,” said Wichard Cilliers, a trader at Treasuryone in Pretoria. “South Africa is a very liquid currency, the election is going smoothly too, that’s all benefiting the rand.”

The rand advanced 1.3 percent to 13.7310 against the dollar, its strongest since November 4 and the best performance among global currencies, by 2:01pm  in Johannesburg. The rand also led gains against the euro and the British pound, gaining 2.5 percent to 18.0892. South Africa’s currency returned 1.3 percent in the carry trade, the most in the world and nearly three times the next-best currency, the Australian dollar, rewarding investors who buy riskier assets with money borrowed from countries with lower rates.

Government rand-denominated bonds rallied, pushing the yield on the benchmark debt due December 2026 down nine basis points to 8.56 percent, the lowest on a closing basis since Nov. 27. The yield is the second-highest among 34 countries tracked by Bloomberg. South Africa’s benchmark stock index advanced 0.1 percent, led by MTN Group Ltd, Standard Bank Group Ltd. and Sasol Ltd.

“The election outcome seems to be supporting expectations of a change in major cities,” said Simon Quijano-Evans, emerging-market strategist at Legal & General Investment Management in London. “A wind of change is what markets have been looking for, however small it may be, given the sustained income inequality and continued drop in growth rates.” – Bloomberg

As with everything, terms and conditions apply
Read more
Advertising
Continue to the category
Politics