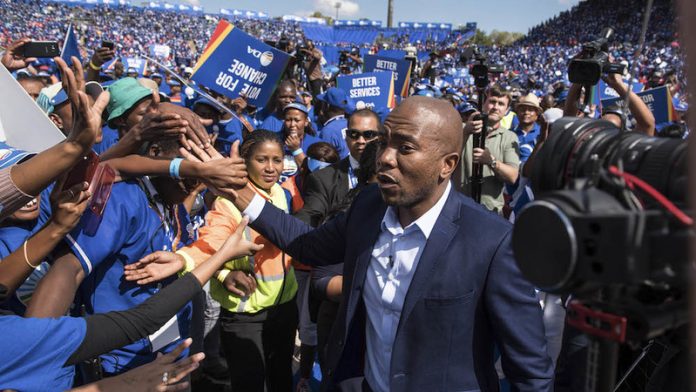 As the Democratic Alliance continued to lead the polls in some the country’s most significant metros (like Nelson Mandela Bay, the city of Tshwane, the city of Johannesburg, and the city of Cape Town), South Africans who aren’t fond of the party shared their despair hilariously on Twitter.

Some people were concerned about their blesser status.

#IfDAWins Maimane must create a law where every rich white man must marry a black woman & no prenup. Coz our blessers will loose tenders.

While others imagined a whole new version of squad goals and fashions.

And those South Africans who moved to Australia? Homecoming!

#IfDAWins Australians will be emigrating to South Africa

Signs would be put up around Sandton to guide the people. Well, at least the white people.

#IfDAWins this is the sign that will be placed in Sandton pic.twitter.com/9GqMOY62KY

And pap will be colonised.

#IfDAWins Pap will be renamed Polenta.

But at the end of it all, everyone will realise it’s just a very bad joke.