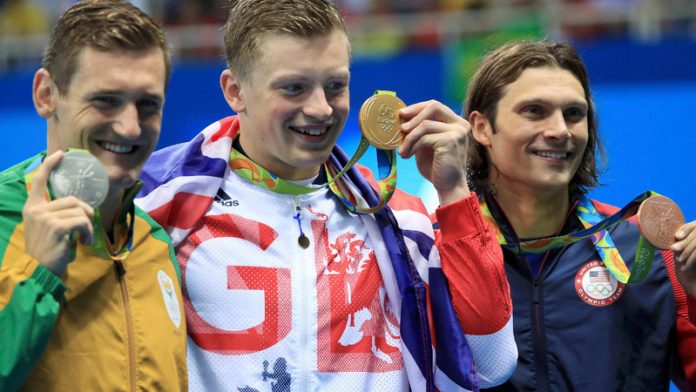 It was an all-too familiar sight poolside at the 2016 Rio Olympics on Sunday night – the Cameron and Chad show.

Cameron van der Burgh won SA’s first medal at the Rio Games in the 100m breaststroke, while Chad le Clos reached the final of the 200m freestyle as Team SA’s other competitors failed to shine.

Le Clos wound up with the seventh-fastest time to sneak into Monday’s (3.21am SA time on Tuesday) final.

In the men’s 100m backstroke semi-finals, Christopher Reid also failed in his quest to reach the final.

It was world records galore in the other finals on Sunday as Sweden’s Sarah Sjostrom set a new mark in the women’s 100m butterfly, Great Britain’s Adam Peaty stormed to victory in the 100m breaststroke and American phenom Katie Ledecky lowered new own mark in the 400m freestyle.

In the men’s 4x100m freestyle relay it the USA who were crowned champions, giving the greatest Olympian of all time, Michael Phelps, a staggering 19th gold medal. – Sport24