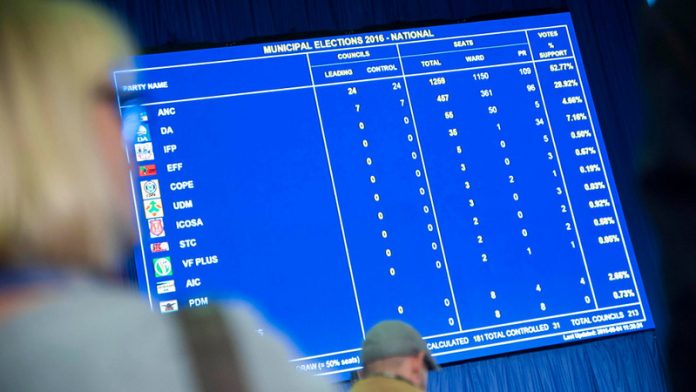 The Karoo Democratic Force (KDF) hoped to be able to announce later on Wednesday who between the Democratic Alliance (DA) and the ANC it would choose to lead the Karoo after last week’s elections resulted in a hung council.

The DA initially thought the Beaufort West municipality was in the bag when the results of the 2016 local government elections came through on Thursday.

Western Cape Premier Helen Zille was overjoyed the DA had taken the municipality from the ANC and controversial mayor Truman Prince for the first time.

But in a surprise twist, once the complicated formulas were completed, it emerged that the two parties’ race ended in a tie, leaving the ANC and DA with six council seats each.

One seat went to the KDF, popularly known in the area as the “Kadoef” party, which was initially started as a breakaway from the ANC in the region.

“Will they choose the DA or the ANC?” was the question on everybody’s lips.

“Yesterday we met with the DA and the ANC,” said Noel Constable, interim leader of the KDF.

“We want to finalise it by today, or tomorrow morning at the latest,” he said.

“We are still looking for the best settlement for the community of Beaufort West and the central Karoo. They must be served, that must be the first thing on our mind,” he said.

Before the election, some in the town said the party was going to make a “kadoef” in the election, but they could not have predicted exactly how much of an impact the newcomers would have.

Constable said: “We were surprised, but we had worked very hard in Beaufort West and we knew people wanted change.”

There was a bit of anxiety around the town with people constantly asking whether a decision had been made or not, he said.

In last week’s results, the DA came in with 48.99% of the vote and 15 370 votes. The party leads, but it does not have a clear majority. To be in charge, it has to strike a deal with another party.

The ANC’s performance in three out of four voting districts was relatively low, but it was the voters of Nelspoort that pulled its average up.

DA mayoral candidate Koos Maloy confirmed that there had been coalition talks with the KDF, while people in the town anxiously waited for the outcome.

“It is at an advanced stage at this moment,” he said.

Comment from the ANC office in Beaufort West was not immediately available, but Prince said it was “50-50” at the moment, with talks still continuing. – News24