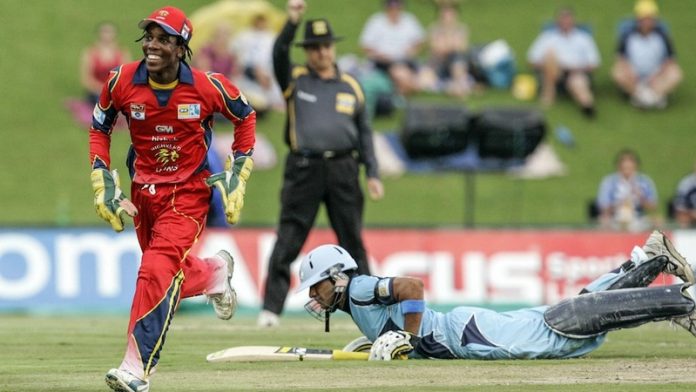 Growing scepticism and mounting pressure on Cricket South Africa (CSA) to provide proof that match-fixing was not being ignored prompted the announcement on Monday that four players had been banned from all aspects of the game for between seven and 12 years.

It was eye-catching news for followers of the game, and eye-watering for those who play it. The cynics who questioned the six months of silence between the 20-year ban imposed on “intermediary” Gulam Bodi and the next step have themselves been silenced.

The ban on Thami Tsolekile, Pumulela Matshikwe, Ethy Mbhalati and Jean Symes, all in the twilight of their careers, may still not appease those who believe the biggest names are always likely to escape. Perhaps they were the only guilty parties. But many of those quick with a sarcastic twitch failed to read to the end of CSA’s statement: “The investigation is not over.”

The Mail & Guardian understands there is “significant substance” to what remains of the inquiry although it may not be as sensational as the bans announced this week.

One of the earliest official match-fixing inquiries was headed by Judge Malik Muhammad Qayyum. A highly and widely respected judge, he was tasked with the unenviable job of investigating some of Pakistan’s greatest cricketing heroes. His conclusion regarding Wasim Akram went something like this: “I am certain that some of his actions and behaviour were improper, but I cannot prove it.”

A suitable period under the radar enabled the great bowler Akram to let the storm blow over and re-emerge as a popular commentator and Indian Premier League mentor with the Kolkatta Knight Riders.

Other South African players may be in similar situations. The breadth and scope of the CSA investigation has been immense. More than 40 000 electronic communication transcripts were commissioned from the police and have been forensically studied. Alibis and corroborative stories have been checked. Bank account studies, witness statements and cross-examinations have taken more than 1 000 hours to complete.

All initially denied guilt and their reactions varied between a refusal to co-operate and sabotage. Tsolekile’s 12-year ban was the result of destroying evidence.

Much like stupid jokers at airports, the convicted four believed that discussing a fix in the company of a joker like Bodi may have been risky but harmless, until it took place.

The CSA and the national players’ association, the South African Cricket Association, have good reason to pat themselves on the back for the efficiency with which the sad Bodi and his infinitely sadder victims were snared and punished. And what a punishment it is.

The similarities between South Africa and Pakistan should not come as a surprise. Surrounded by teammates either making or talking about life-changing T20 dollar paydays, trying not to be bitter about nonselection for higher honours, resentful about the perception of being selected as tokens and with a season to go, the prospect of a chunk of spare change was understandably interesting.

Bodi’s persona is well documented. Joker is kind, fool is more realistic and idiot the most accurate. It was hard for anyone to take him seriously, even those sympathetic to his softer side. Hundreds of conversations went further than they should have concerning “deals” with second-hand goods and the like. Nobody was punished for them.

The investigating team, headed by former International Cricket Council head of legal David Becker and assisted by the extremely qualified Arrie de Beer and Louis Cole, was struck by how little the guilty four were aware of the seriousness of their situation.

For every shred of evidence that suggests sentences and punishment work, there is as much to suggest they do not. Match-fixing in cricket, and almost all other sports, is active. It has been for a long time, and will remain so. Player education programmes are more advanced than ever before. No young player these days can even approach the professional game without an understanding of what is right and wrong.

But sex, drugs, money, jealousy and revenge are apparently the most common ingredients in the pot of deceit.

“Common knowledge” is a wretched phrase used in lazy conversation by cricketers who enjoy the benefit of playing and earning well around the world. Four cricketers expressed regret about the fate of Tsolekile, Matshikwe, Mbhalati and Symes but, because of their circumstances, preferred not to be quoted.

“These guys have been nailed like you can’t believe,” said one. “They are guilty, they have admitted it. Fair enough.

“But what’s going on in other leagues, the guys that are doing it, it’s blatant. We all see it.”