Let King’s rugby union rest in peace, and let’s see what happens in its place 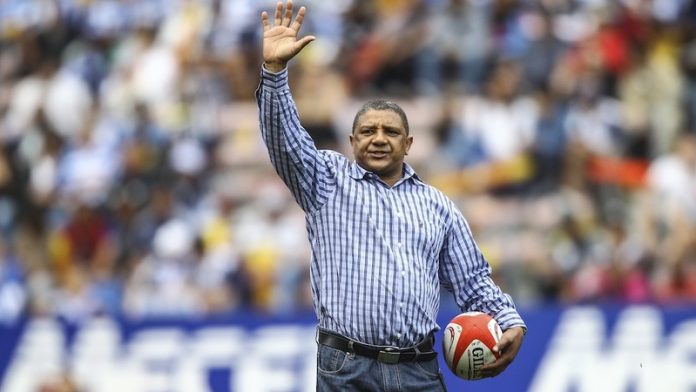 Springbok coach Allister Coetzee must be casting a wistful eye at the province he played scrumhalf for in the 1990s.

In the real world, the Eastern Province Rugby Union (EPRU) is no more, liquidated in the high court last week, unable to pay its former players. In the make-believe world of professional sport, however, it endures and will, allegedly, feature in the Currie Cup this weekend.

That’s after missing out on the first round of play while the South African Rugby Union (Saru) coerced its provincial unions into accepting a political solution.

Saru could be forgiven for thinking that politics could solve a problem that has been festering for more than a decade. After all, the EPRU liquidation came just one day after the nation went to vote in the municipal elections.

The solution — a R20-million cash injection by the Nelson Mandela Bay municipality — seemed too good to be true, coming as it did just 24 hours before the Currie Cup was due to begin.

And so it proved.

By last Friday it was clear that there was about to be a regime change in the municipality and the mayor in waiting, Athol Trollip, had this to say: “How can the outgoing mayor be making decisions and deals on the quiet with people when council hasn’t even endorsed it? Obviously this was very premature and irregular and we will have to relook at it.”

The EP Kings are due to play their opening match against Boland at the Nelson Mandela Bay Stadium on Friday night. If the game goes ahead, it will be intriguing to see who runs out in the red-and-black jerseys. Almost the entire Super Rugby squad has left for greener pastures, and the deals enacted by Saru to enable centrally contracted players to represent the Kings ended with the conclusion of the Super Rugby season.

A wise municipality would also walk away, because the deal that may or may not have been established with Saru is based on flawed fundamentals. The municipality was quoted at the time of the deal as saying: “It is critically important for rugby in the Eastern Cape that the union remains competitive and competes in the Premier Division of the Currie Cup. It is equally important for economic development in the metro area that top-flight games are played at the stadium thereby increasing economic activity not only for the North End area but for the entire metro.”

Did anyone ask why?

As usual, it comes down to unwise investment in infrastructure. The R2.1-billion it cost to build the stadium for the 2010 World Cup is an albatross hanging around the neck of the city of Port Elizabeth. It costs R18-million a year to run the stadium, an amount that seems to exceed what can be recouped in takings at the gate for sports events.

Instead of propping up the EPRU, and with it a stadium that should never have been built, Saru should be allowing market forces to dictate. The union cannot be allowed to drift on, zombie-like, in the wake of the court ruling.

It needs stripping back to its fundamentals. Such a scenario would provide an interesting glimpse into the future of professional rugby in this country.

Provincial representation in rugby came about as a result of the clubs creating a union. But the clubs the EPRU is supposed to represent seem to be the furthest from its mind.

The future of the game must surely be based on the clubs, given that there is simply not enough money in the system to sustain provincial unions and franchises in the current model.

The future is semiprofessional, with players representing their clubs and then playing (for money) in a much-reduced provincial structure, while holding down proper jobs outside the game. When there is a genuine desire from the clubs to resurrect the EPRU, it should be formally recognised by Saru. Until then it should be allowed to rest in peace.

Too much white in Saru’s colour mix