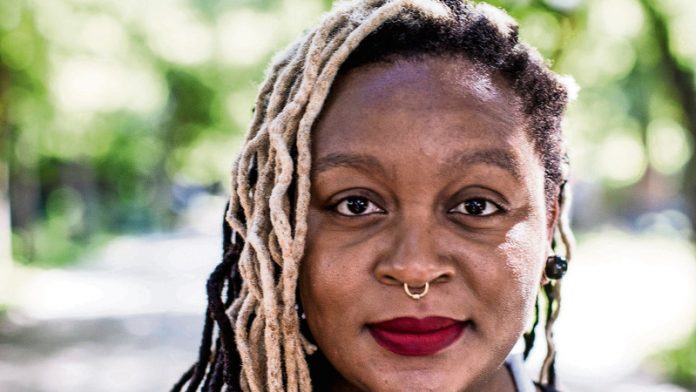 South Africans apparently don’t read, least of all local fiction. But Mohale Mashigo has blown that belief out of the water; she is preparing for the second print run of her debut novel, The Yearning.

“I got an email from my publisher who said it was time for a reprint. This was after I had been told that, if you sell 1 000 copies of a local novel, it’s a big deal — because apparently most South African fiction books only sell 600 to 1 000 copies in their lifetime.”

What was it about The Yearning that has South Africans looking for copies of the book? “I think there is something happening where black female writers are proving that maybe you need a black woman to tell a black woman’s story,” Mashigo says.

But she’s not sure. With no intention to publish when she started writing her novel 10 years ago, Mashigo still can’t put her finger on what it is that has made The Yearning stand out.

“There is a whole group of people that have been living bicultural lives and this specific story is about a woman who lives a bicultural life and I think it’s resonated with people. I wrote a book that I had never read — about people like me.”

It is this sense of storytelling that Mashigo believes is another contributing factor. “People always say storytelling is dying and I’m, like, have you been in a taxi? You’ll find one person who is telling a story to another, but suddenly everyone is listening. I think it’s maybe my exposure to storytelling without it being pretentious. For me, storytelling is just ‘have you heard?’ and I think that’s what’s made this story different. Something that people can pass on.”

Mashigo says her intention is to write in the same way people tell stories to friends and family.

When the 33-year-old set out on her journey to publish the novel, she was met with resistance from publishers who were looking for something more from her story.

“I think that publishers have this idea that a story about a black woman needs to be about her struggling with being a middle-class black woman with ‘a maid’, for example. They have these stories they think sell, so when a black female writer comes to them they assume there must be a middle-class angst. Unfortunately, The Yearning is not about any of that stuff, it really is about a woman who is trying desperately to remember something that is breaking her,” Mashigo says of her original intention to self-publish.

“I saved money and found an editor who said I should try emailing it to two more people. To appease her, I just emailed the first person on the list she gave me and that happened to be my now-publisher Andrea.

She said she liked it and believed in it, but she gave me the full warning that publishing local fiction is difficult,” Mashigo says.

“South Africans don’t know any of our local writers. We still have this mentality that, if it’s local, it’s sub-par.”

But with the Jozi Book Fair and the Cape Town Open Book Fair coming up in September, Mashigo may soon find herself more visible than before, something she is still grappling with.

“I was very scared when I started out that I would not be taken seriously,” she says. “I always feel like I’m not enough when it comes to being an author. Maybe that’s Imposter Syndrome. Finishing The Yearning has taught me that I can actually finish. And having a book that’s in store that people are actually reading changed my confidence. So now I’m just writing and I know I’ve done it and I know I can do it and I’m less afraid.

“I feel like I’m in the in-between — like I’m becoming an author but I still have my day jobs.”

Despite how quickly the book sold out and its reprint, Mashigo does not yet consider the book a success.

“I’m very hard on myself. When we went to reprint, I wanted to know when we’d do the next one and the next,” she says. “I’m proud of it, but I don’t know if I feel it is a success yet. I want to see how far we can push this.”

Spice up your down time