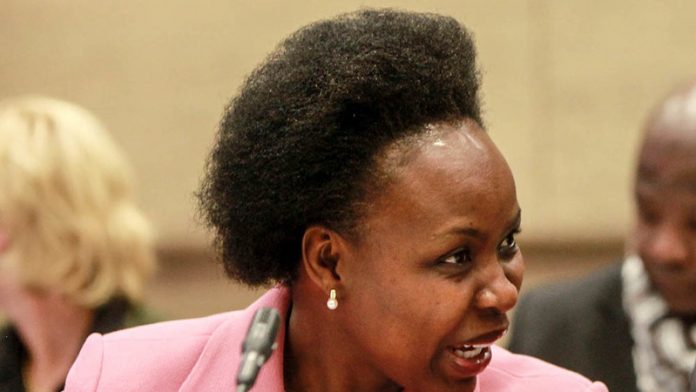 A former driver for the Railway Safety Regulator has turned whistleblower, claiming that his former bosses told him to lie to investigators from the office of the public protector.

As the public protector continues its investigation into a host of allegations against the regulator, which monitors railway safety standards, the driver has emerged with an affidavit in which he makes damning accusations against his former employer.

In March 2014 the public protector informed the regulator that it was investigating allegations against it. One of the allegations was the “unauthorised use of RSR vehicle to deliver anti-Magashule T-shirts in Welkom”.

The Mail & Guardian was unable to confirm whether this was a reference to Free State Premier Ace Magashule.

The driver says he handed his affidavit to the regulator’s board members two years ago and that an official from the department of transport requested it two weeks ago. The M&G sent questions to the department last week regarding the driver’s allegations but to date no response has been received.

In his affidavit, which the M&G has seen, the driver sketches the details of the night he delivered the T-shirts. He alleges that the Railway Safety Regulator chief executive, Nkululeko Poya, instructed him in October 2012 to collect bags for delivery to the mother of then board chairperson Brenda Madumise.

The bags were filled with green T-shirts emblazoned with the ANC logo and the words: “Change in our lifetime”.

“I arrived at the shop at about 4pm but the shirts were not done. I told the CEO this and he called the shop manager asking when they would be done. I sat there for hours and only got on the road to Welkom after 7pm,” the affidavit reads.

He says he recalls that the house where he eventually delivered the T-shirts was “a corner house but if I went back I would be able to show you”.

The driver states that in 2014 two managers from the regulator asked him about the T-shirt delivery. When he told them that that Poya had told him to drop them off in Welkom, they allegedly told him to say this never happened.

He says that shortly after emailing this alternative version of events to the regulator’s legal head in June 2014, he got cold feet and decided he had to tell the truth by deposing the very affidavit that now implicates Poya and other managers.

“My reason for lying in the email was that I was saving my job; if I don’t comply maybe I could be fired,” reads the affidavit.

A few months later, the driver was hauled before a disciplinary hearing and accused of using the company vehicle for unauthorised trips, stealing human resources documents and falsifying his CV. He was dismissed in April 2015 after a hearing.

The whistleblower says he was victimised and that the charges against him were trumped up because of his affidavit.

“The honest truth is that I did deliver the T-shirts in Welkom in the Free State and I was instructed by the CEO Mr Poya to do that,” reads the affidavit.

Poya, during a meeting with the M&G, denied the claims made by the whistleblower and dismissed them “with the contempt that it deserves”.

Madumise told the M&G that although she was from Welkom, she was not aware of the T-shirt delivery.

“Was the money used by the regulator to buy these T-shirts? I wouldn’t be able to help you with that and I don’t understand why this would be coming up now,” she said, requesting that other questions be emailed to her.

The M&G has not yet received a response from Madumise.

Segalwe said their office was not aware of the whistleblower or his statement.

However, Railway Safety Regulator spokesperson Babalwa Mpendu said it was aware of the driver’s allegations.

“They were investigated as part of the forensic investigations conducted by Ligwa Advisory Services as commissioned by the board and proven to be false,” she added.

Last week Mpendu asked to meet the M&G. Poya was at the meeting. The M&G was told that the driver was sent to Welkom to drop off marketing material, and that the T-shirts did not exist.

“He has a history of being untruthful. He was fired for lying on his CV and using company resources with authorisation,” said Mpendu.

Although the regulator denies any knowledge of the T-shirts, it appears there may substance to the driver’s allegations. The M&G tracked down the printing business where the driver said he had picked up the T-shirts.

While the small Midrand-based printing business has since closed down, someone associated with the company told the M&G that they remembered the T-shirts because it was “a big order” and because the company didn’t always get work for politically related merchandise.