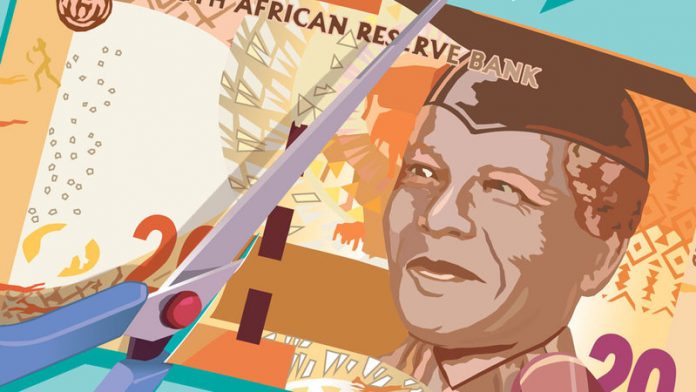 We, academics of South African universities, call on our government to address the funding crisis in higher education.

A key strategy that post-apartheid governments undertook to reduce race and class inequality after apartheid was to substantially increase access to universities in South Africa.

Between 1994 and 2014, the number of students in our public universities more than doubled. During the same period the proportion of black students at universities increased from 52% to 81% of the student population. We have welcomed the massification and deracialisation of access to universities as a necessary democratisation of higher education after apartheid, and as our contribution to building a better society.

The problem is that massification has not been matched by adequate funding.

Year on year we have seen a decrease in real terms of government funding to public universities. The effect of this has been to create conditions of austerity in universities, as well as to force universities to grow their revenue by increasing tuition fees and ‘third stream’ income. Despite increases in NSFAS [National Student Financial Aid Scheme], high student fees continue to cause exclusions and our students are increasingly stressed by mounting debt, which has risen staggeringly since the mid-1990s.

Public universities have thus been put in slow decline: the quality of teaching and infrastructure of our institutions of higher learning is deteriorating because of long-term austerity, and this has been accompanied by a submission to privatisation and debt.

Our public universities can in fact barely be called public, with national government subsidies to university budgets falling from an already low 49% in 2000 to 40% in 2012.

This has placed enormous pressure on the maintenance and improvement of core educational infrastructure such as laboratories, libraries, lecture theatres and student residences.

Furthermore, student:staff ratios have continually increased because the employment of full-time academic staff has not matched increases in student numbers. There is also a growing tendency to casualise academic labour through short-term appointments, which has led to the exploitation especially of younger academics, while undermining the quality of teaching, and increasing the administrative burden on full- time academic staff.

Crucially, casualisation and increased workloads at universities undermine our research capacity. The impact of high-quality original research on national development cannot be overstated, and the threat to research capacity has enormous consequences for the future of our country.

Lack of investment in our public universities is not only a national crisis, but has a negative effect on our standing in Africa. Since the end of apartheid, our universities have trained cohorts of postgraduate students from the region and across the continent.

South Africa’s tertiary institutions currently educate many of the continent’s best students, who are increasingly turning to South African universities. Investing in our universities would maintain our reputation on the continent, create strong connections between future African leaders, and produce goodwill and opportunities for South Africa in decades to come.

The Council on Higher Education, established by the department of higher education and training itself, argues that despite the fact that “higher education in South Africa has been regarded as a key to social and economic development, its expenditure on higher education is much lower than desirable or needed”.

South Africa spends a mere 0.6% of gross domestic product on its universities, lagging behind many other countries (Russia at 1.8%, Argentina at 1.4% and India at 1.3%).

With government not funding in full the financial shortfall resulting from the 0% fee freeze in 2016, universities have had to cut costs further from their already stretched budgets. This has impacted all of us in our daily work, but historically black universities have been the hardest hit because of a historical deficit in reserves and reduced access to private income. Thus, a further hierarchisation of our universities is taking place, compounding older race and class divisions in higher education.

In short, our universities are chronically underfunded. We are being threatened with cuts to our teaching programmes, our research budgets, hiring is being frozen, posts downgraded, and the core functions of universities are being put under threat. We have reached a limit. We simply cannot weather any further cuts without jeopardising the academic project.

As academics responsible for the quality of South African universities, we call on government to take seriously the worth of university education as a public good, and to reverse the decline in public higher education by substantially increasing the state subsidy to universities.

For the full list of signatories go to mg.co.za/signatories

Some varsities are out of touch with students’ reality

Universities to be made more affordable